The world thinks the world needs more Canada, too

Canada has the most positive influence on the world right now, according to a recent poll

While all eyes are on Donald Trump during the G20 meetings in Germany this week, according to an Ipsos poll, the world expects Canada to have the best influence on world affairs.

The poll, which spanned 25 countries, put Canada at the top of a list of countries and organizations that respondents view as having a positive influence on world affairs.

Canada’s “positive influence score” remained the same as 2016, while all the other countries and organizations took a hit, according to the release. The United States’ score dropped the most (-24 per cent), followed by France (-12 per cent) and Russia (-11 per cent). Out of the international organizations on the list, the United Nations dropped the most (-9 per cent), while The World Bank and International Monetary Fund each dropped by the same amount (-7 per cent).

The survey question changed slightly this year. Respondents were asked, “Thinking about right now, would you say the following countries or organizations are having an overall positive or a negative influence on world affairs?” compared to the previous year, when the survey asked about the “next decade.” 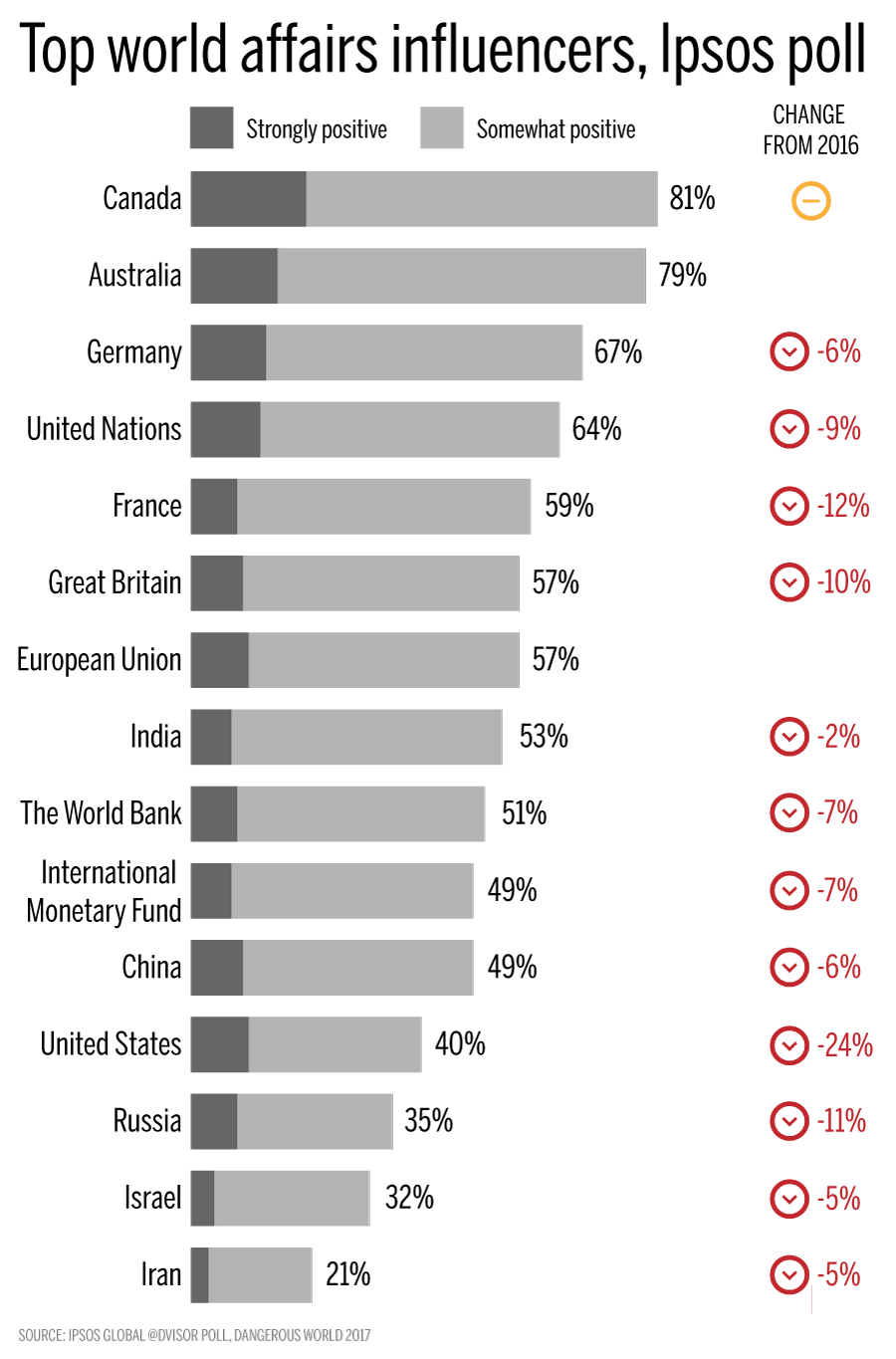