There’s no way out of Nunavik

Quebec considers building a road to the isolated Inuit region 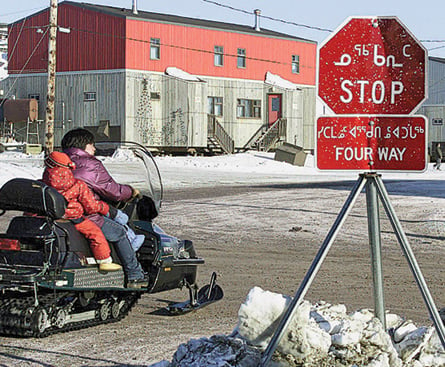 For the 12,000 residents of Nunavik, the Inuit region that spans the northern third of Quebec, getting out of town is a major undertaking. With no roads linking the 500,000-sq.-km territory to the rest of the province, a trip south requires a plane ride, which can cost upward of $2,000. But that could change: Quebec is considering extending the provincial road network to several Nunavik communities—a move that would “have a drastic impact socially,” says Raymond Mickpegak, mayor of Kuujjuaraapik, an Inuit village on Hudson’s Bay. “It will open North America to us.”

According to Transports Québec official Denis Blais, the province began seriously exploring building a road last May, at the behest of community leaders in Whapmagoostui, the Cree village that abuts Kuujjuaraapik. If it goes ahead, Blais says the project, which would bridge the 250-km gap to the twin Inuit-Cree communities, could cost up to $300 million. But Nunavik residents remain skeptical: “It’s over 15 years that I’m living here,” says Claude Depars, bar manager at the Auberge Qilalugak Resto-Pub in Whapmagoostui, “and it’s over 15 years that I’ve heard about the road coming soon.”

While many in the region are excited about the prospect of more affordable travel and a lower cost of living—food and supplies, which must be shipped by barge or plane, are marked up accordingly—there is concern about drugs and alcohol. “I know it’s in the community already,” says Mickpegak, “but with a road, the door’s going to be wide open.” If the plan goes ahead, he says checkpoints should be put in place to “control what’s coming in.”

For the foreseeable future, however, cars and trucks won’t be travelling in or out of Nunavik: a pre-feasibility study is slated to wrap up in 2010, but according to Blais, even if the proposal goes forward, it will be at least four years before construction can begin.