These are the provinces where the opioid crisis is most severe

Canadians joined people from around the world to mark International Overdose Awareness Day on Thursday. Some people held vigils for loved ones lost to overdose, others marched on their respective legislatures to raise awareness and emergency service workers held overdose prevention workshops in the places most afflicted.

Several events were held across British Columbia, a province struggling with the one of the highest opioid-related death rate in the country. At least 800 people have died from an opioid overdose in B.C. so far this year—nearly twice the number of people who died during the same period last year. British Columbia declared a state of emergency last year after a surge in opioid overdose deaths.

While the goal of International Overdose Awareness Day is to raise awareness that all overdose deaths are preventable, opioids such as fentanyl and heroin are driving the current crisis. Figures from the Public Health Agency of Canada estimate the number of people who have died from an opioid overdose in 2016 (the real number is likely higher, since no data was available for Quebec). Here is where the issue is most pressing, by province: 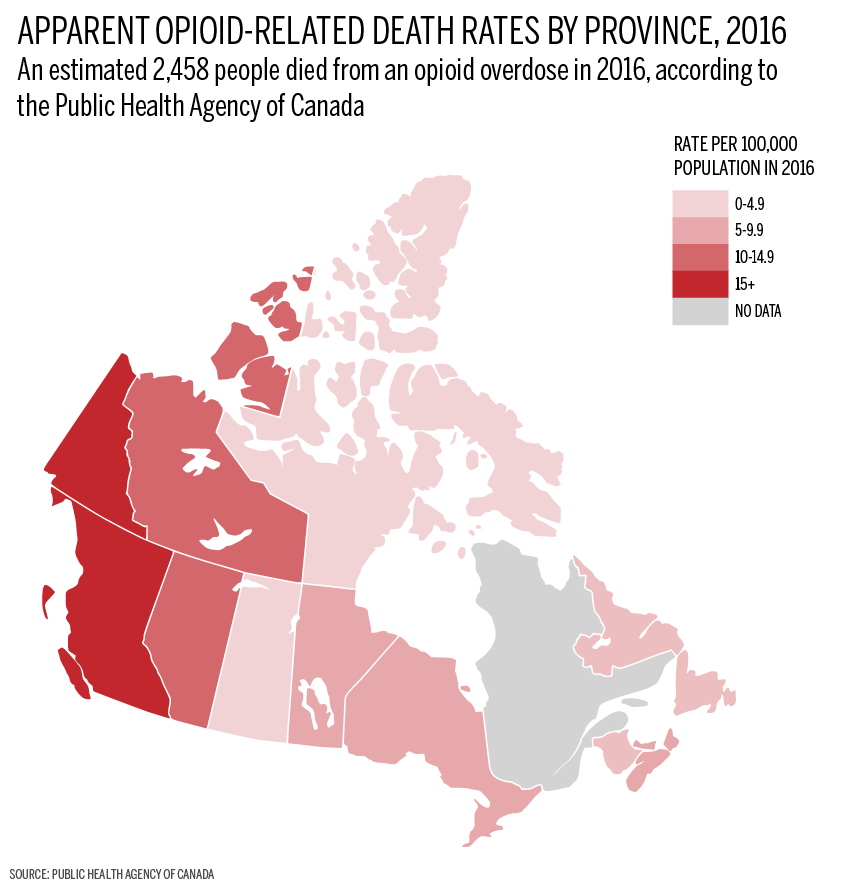