This is what afternoon darkness looks like in the smoke-filled heart of B.C. 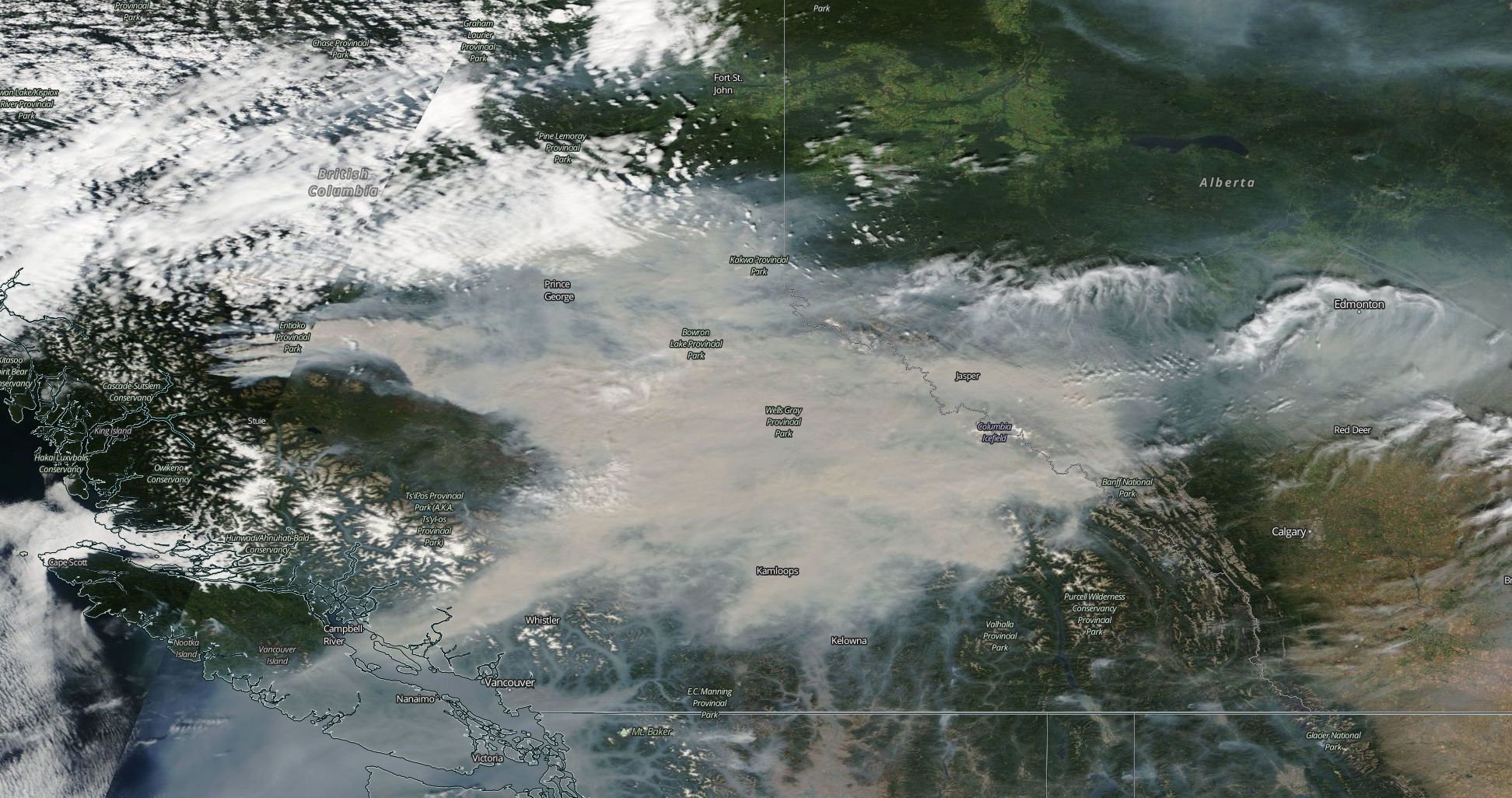 Smoke from wildfires over western Canada on August 14th, 2018. (NASA)

“The heart of it all” is in Vanderhoof, B.C. It’s a town slogan meant to reference its location: Vanderhoof is the geographical centre of British Columbia. But as wildfires burn throughout the province, and smoke makes its way across the skies, the town looks more like a heart of darkness.

This was the sky in #Vanderhoof at 4pm yesterday. We are about 30-40 minutes East of Fraser Lake and south of Fort St. James. pic.twitter.com/iC6ycIbtZJ

As smoke from the nearby Shovel Lake wildfires moves east, it’s bringing a nighttime effect to the community of 4,500, where residents reported witnessing black ash falling.

My sister's place in Vanderhoof BC pic.twitter.com/aAPXD1bGk2

The B.C.  government has issued a provincial state of emergency, as there are currently more than 550 wildfires across the province and thousands of residents are being asked to evacuate their homes. In Fraser Lake, B.C.,—about 50 kilometres west of Vanderhoof—residents have been informed they should be prepared to leave at a moment’s notice.

FILED UNDER: bc wildfires