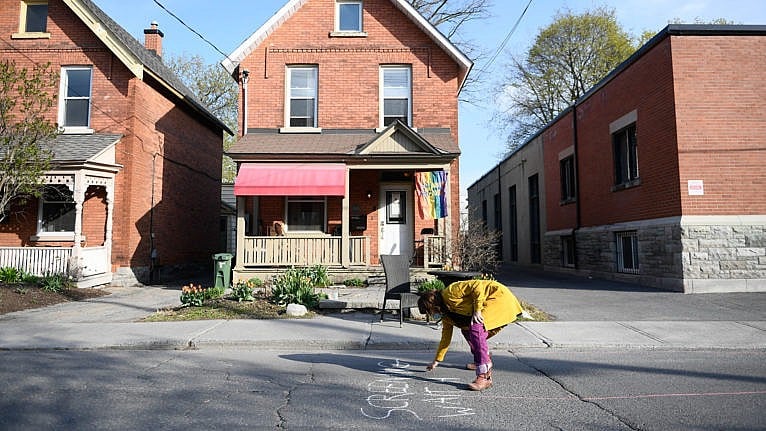 You can see the thought process play out in the body language when someone walks by.

First, it’s: “What the heck are they doing? That can’t be a street party.” Then they move to: “Wait . . . are they giving out shots?” And then there’s the nervous hedging: “Should I ask, just in case?” But eventually, most notice the sign, scrawled on a piece of paper ripped off an examination table and draped over a sandwich board borrowed from the neighbourhood bookstore: “JABAPALOOZA. COVID-19 VACCINE. FULLY BOOKED.”

And this cheerfully guerrilla vaccination blitz in fact is a street party of sorts, playing out in one of Ottawa’s most genteel neighbourhoods. Family doctor Nili Kaplan-Myrth got her first 220 doses of AstraZeneca in early April, and initially it was a tough sell with her patients because the vaccine was still restricted to people 55-plus, and many preferred to get Moderna or Pfizer through the city’s mass vaccination clinics. But once the province lowered the age eligibility for AstraZeneca to 40 on April 20, Kaplan-Myrth blasted through the remaining doses with her own patients within days and asked for more. When Ottawa Public Health confirmed it would give her another 220 doses, she hatched a plan to host a community vaccination blitz. It was her one-man-band way of trying to address the enormous demand, the chaotic and headache-inducing appointment process in Ontario and what she sees as the baffling underuse of family doctors.

READ: This family doctor personally called every 80-plus patient to notify them of vaccine eligibility

She’s vocal and visible on Twitter—she suspects that’s why she got the vaccines in the first place—so with the bulk of her eligible patients covered, she put out the word: if you want a shot, fill out this form, contact our office and make sure you show up on Saturday. By the time they cut off registration at 11 p.m. on the Friday, they had exactly 220 people booked; the vast majority were not part of her 1,400-patient practice, but simply those who had heard about it somehow.

Kaplan-Myrth didn’t sleep well that night, fretting it would be a disaster, but by early the next morning she was vibrating with cheerful intensity on the sidewalk in front of the old house where her clinic is based. Family friends manned the city-supplied barricades that closed down each end of the block in the Glebe neighbourhood, while Kaplan-Myrth’s husband, Andy, her 17-year-old son, Noam, and 12-year-old daughter, Freida, darted around completing the final set-up. They used sidewalk chalk to mark out a COVID-friendly lineup and about a dozen mini patios stretching down the street: big squares containing two chairs each for people to sit during their post-jab wait. On the porch, a big speaker played ’80s dad rock.

Kaplan-Myrth ran through logistics with five first-year medical residents who had volunteered for the day. Every five minutes, Freida would wave another three individuals or household groups into the office for their vaccination while everyone else kept the lines moving. “They’re going to go in the door unimmunized. They’re going to come out this laneway immunized,” Kaplan-Myrth said, pointing. She was explaining the traffic flow, but the symbolic weight of it was unmistakable; an audible frisson ran through the residents.

READ: Why some people feel COVID vaccine side effects and others don’t

Inside, there were three pairs of chairs arrayed around the vaccination room and an Ikea coffee table and stainless-steel medical supply tray in one corner holding the essentials: a forest of syringes, disinfectant wipes, bandaids, a sharps disposal container and two little plastic baskets of the type that often hold crayons in a kindergarten room. A pink one held the spent vials of AstraZeneca from earlier in the week—a pile of joyous little glass trophies—and the neon green one held the syringes that were filled, 11 at a time, from each vial. Kaplan-Myrth waited until the last moment to draw up the doses, because once a vial is punctured, there is a six-hour window to use up the shots. A medical refrigerator around the corner held the full waiting vials, 10 to a box—tiny cartons of this thing few had dared to hope would exist in the world by this point, sitting there in the fridge like an ordinary miracle.

A short time later, Freida waved the first three groups through the front door: a man in his 40s, a blonde woman the same age and a couple with a small child in tow. “I’m smiling behind my mask,” the blonde woman said. “I didn’t even feel that,” she babbled happily after her shot. A little while later, a couple came in with their three small boys, who lined up in size order to watch the proceedings. “Oh my god, that is big!” the middle one hissed, pointing at a pinprick of blood on his dad’s shoulder. The smallest boy whimpered and shrunk in on himself, until he was reminded that it was only adults getting shots today. “Thanks for making it so easy, guys!” the dad hollered appreciatively to the medical staff on his way out.

Only the “bleeders” needed a bandaid, but anyone who wanted one got it as “a badge of honour.” Over the course of the day, there were many, many commemorative photos taken; at least once, the doctor staged a re-enactment of an injection for a patient who had missed documenting the magic moment.

“If you want to take off your sweater, she’s going to do you expertly,” Kaplan-Myrth said to one man, as Harriet Yan got set to do her first vaccination. Some of the other residents had wobbly hands on their first few tries, but Yan just went for it. “Congratulations!” the patient said. “Thank you very much. She did great, she’s gonna make a great doctor,” he gushed on his way out.

Everyone exited the office through a door to the back parking lot, where Noam sat at a table scrawling “August 14” on hundreds of follow-up cards for second doses, while a few of the residents waited expectantly for each new wave of freshly vaccinated people so they could explain side effects and escort them to the waiting area. A surprising proportion of people stepped out of the house and into the glorious spring day looking coolly stunned about what had just happened. But a pleasingly large number of them carried this giddy, chatty, glad-handing vibe, like that of a new dad in a sitcom running down the hospital hallway pressing cigars into the palms of strangers because he’s overcome by the sudden goodness of the world.

Near the end of the day, Veronica and Luigi Carrozzi got their turn. She’d spent the week chasing appointments at every pharmacy within a 90-minute drive, to no avail, before hearing about this clinic. She was wide-eyed and bouncy in the chair. “Thank you so much for this. This is phenomenal!” she grinned. Veronica hates needles and arrived wearing an anaesthetic patch on her shoulder to dull the pinch, but the second her shot was done, she was so delighted by it all, she told the doctor she wanted to volunteer for the next clinic.

Out in the waiting area afterward, she posed with her thumb up and her bandaged shoulder exposed for her husband to take a photo. “It’s the only needle I’ve ever wanted to get. There’s no other needle I’ve stood in line for or wanted,” she said, positively beaming. “I feel amazing.”

In spite of the doctor’s sleepless night of worry, the day ran like clockwork—Kaplan-Myrth figured she could have vaccinated twice as many people, if not for the paperwork that had eaten up the whole week for her family and office staff. Of the 220 people booked, there were only a handful of no-shows; by 4 p.m., when Jabapalooza wound down, they had three leftover doses, quickly distributed to people on the waiting list who hustled to the office on a moment’s notice.

For every patient who came through, Kaplan-Myrth thought to herself: there is one fewer person who might end up in the ICU. “It was wonderful,” she says. “It felt like the first happy event that we’ve been able to do in this whole pandemic.”

Unless you were a medical expert who could clearly see it coming, the pandemic descended last year like a summer deluge: sudden and total, cleaving everything into before and after.

It’s going to end like it went on that Saturday: one person at a time­—maybe ecstatic, possibly just dazed—walking through a doorway into the sunshine with a fresh bandaid on their shoulder. 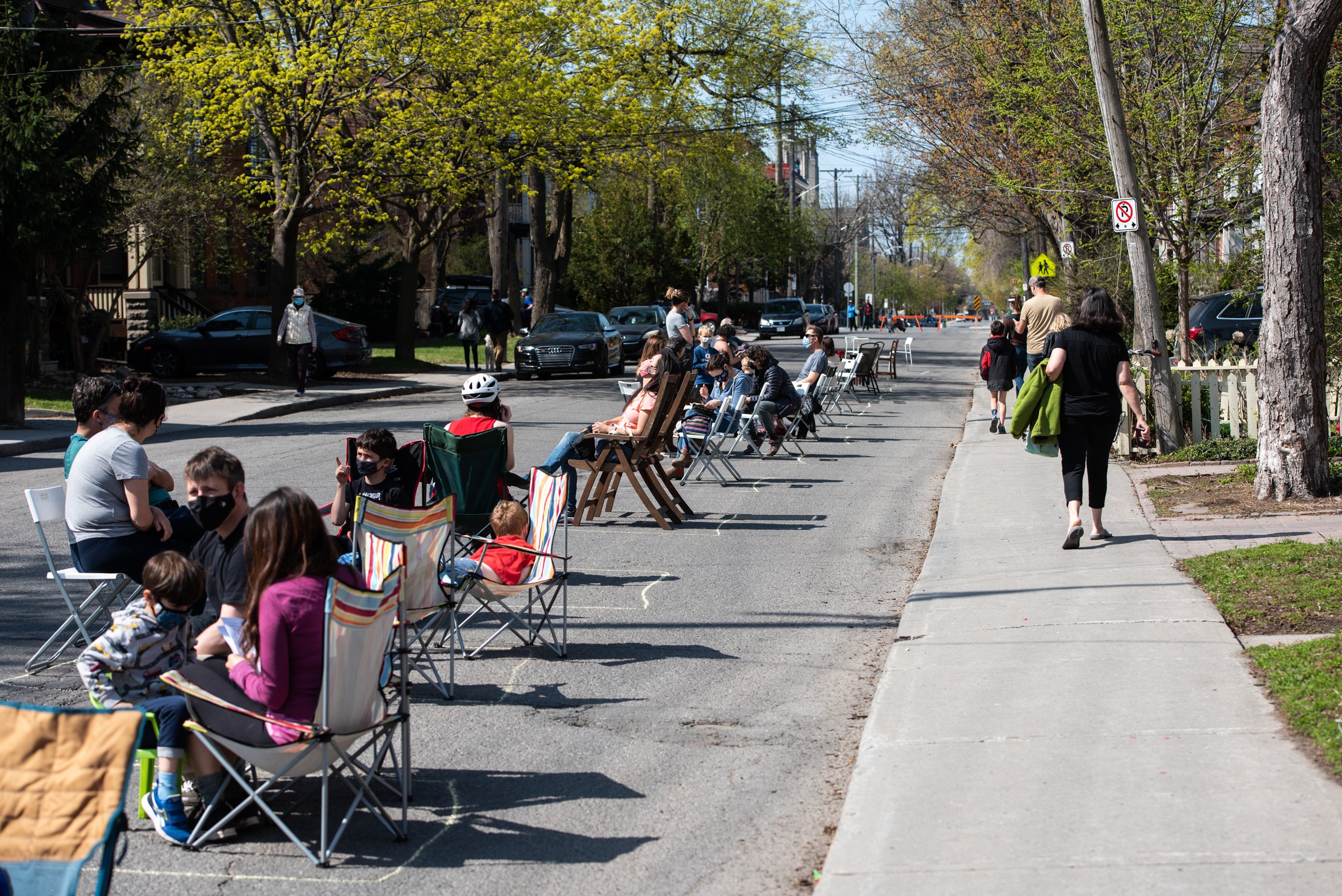 People sit along Fourth Avenue, closed to automobile traffic so people can sit for a period of observation after receiving their first COVID-19 vaccine from Dr. Nili Kaplan-Myrth’s COVID-19 vaccine clinic, nicknamed “Jabapalooza,” near her family medical clinic in Ottawa on Saturday, April 24, 2021. (Photograph by Justin Tang) 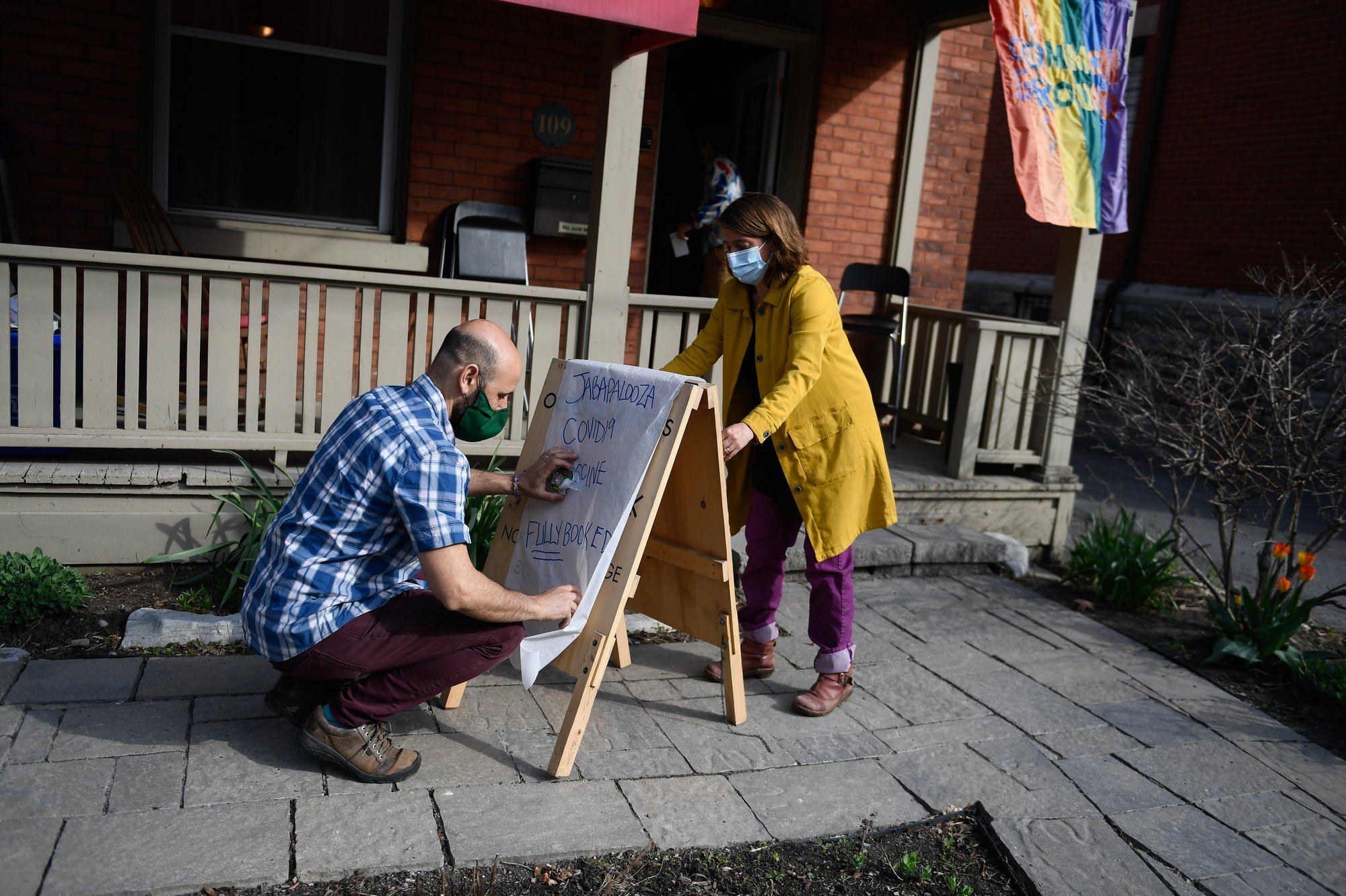 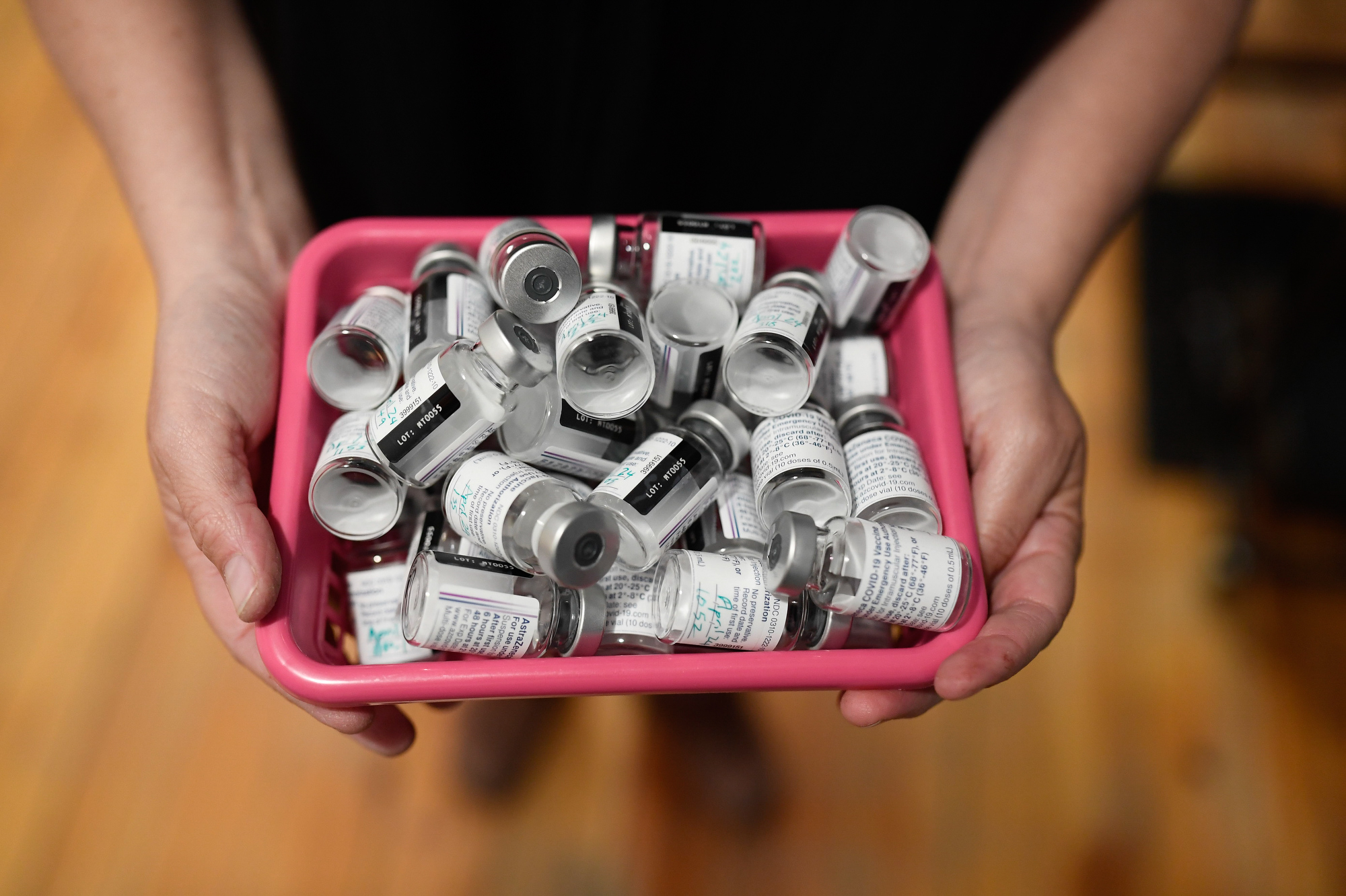 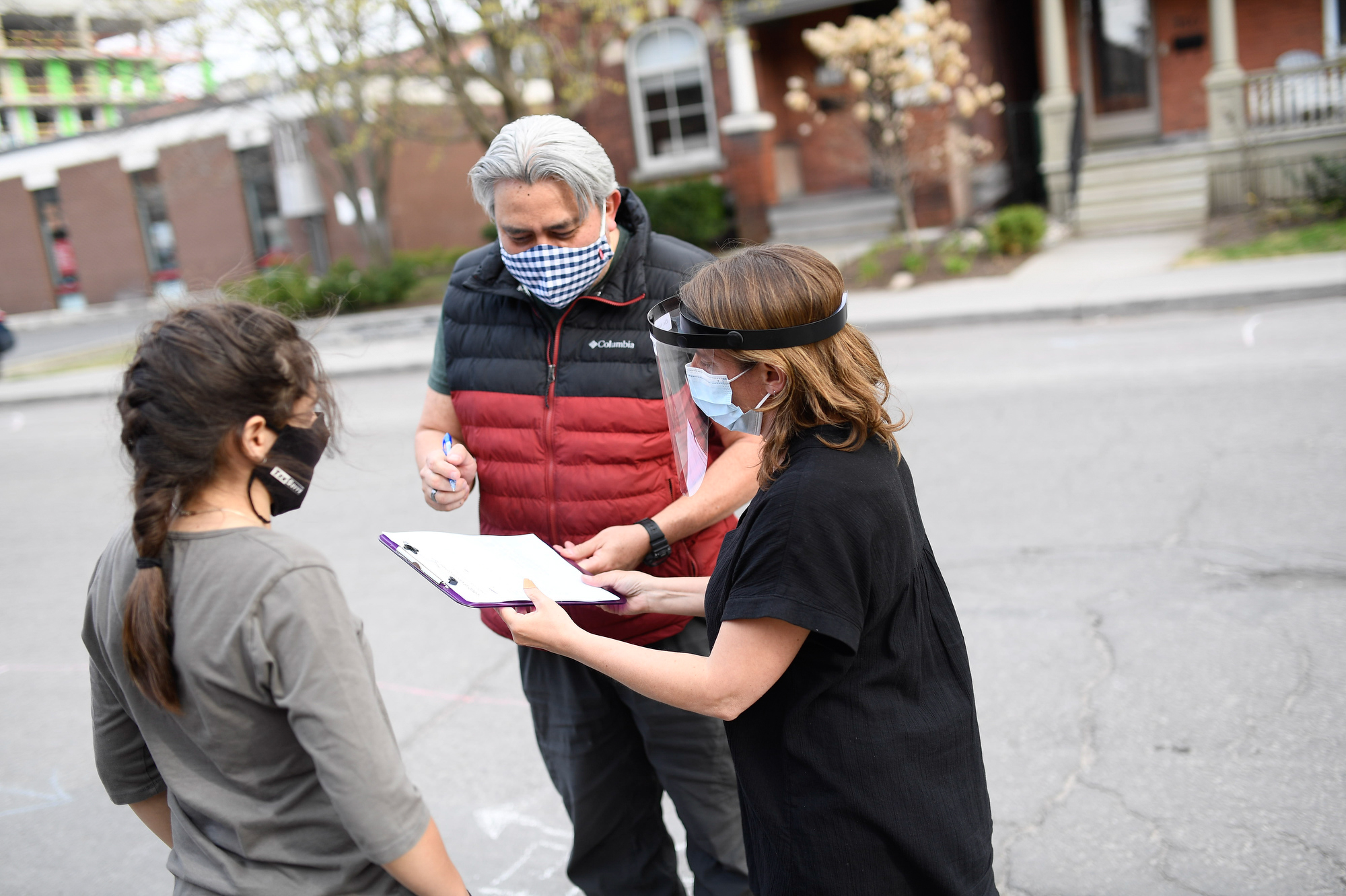 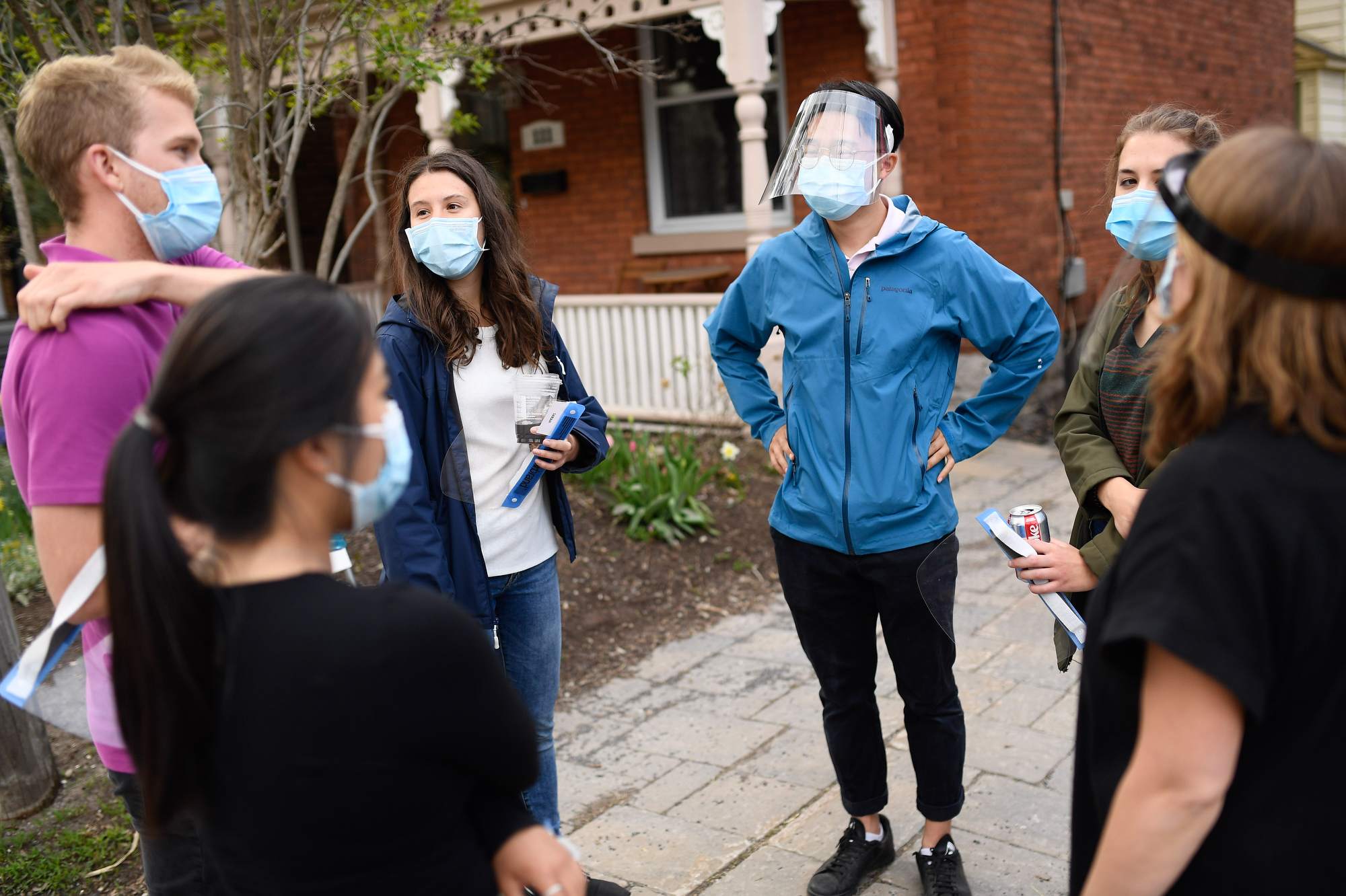 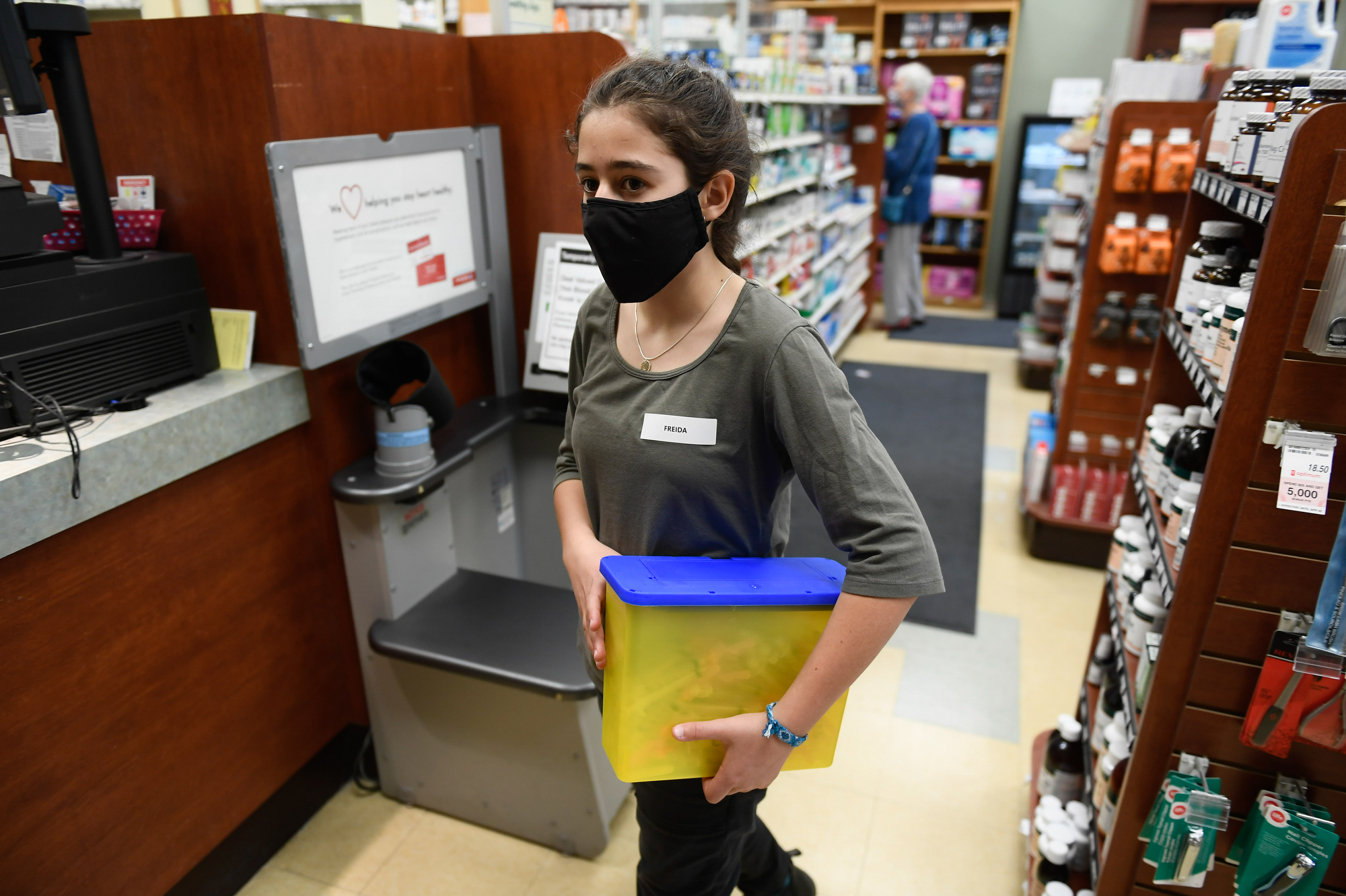 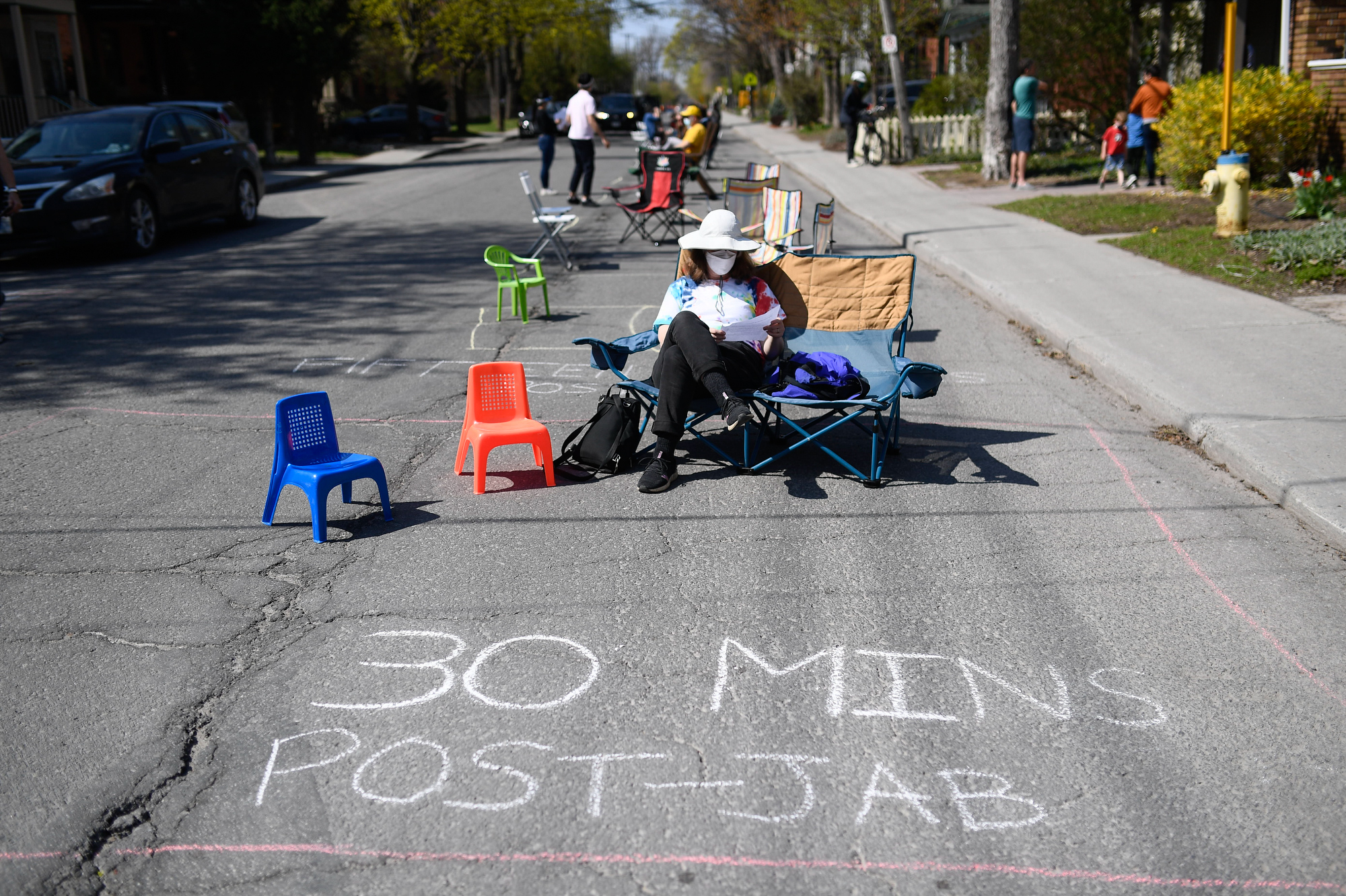 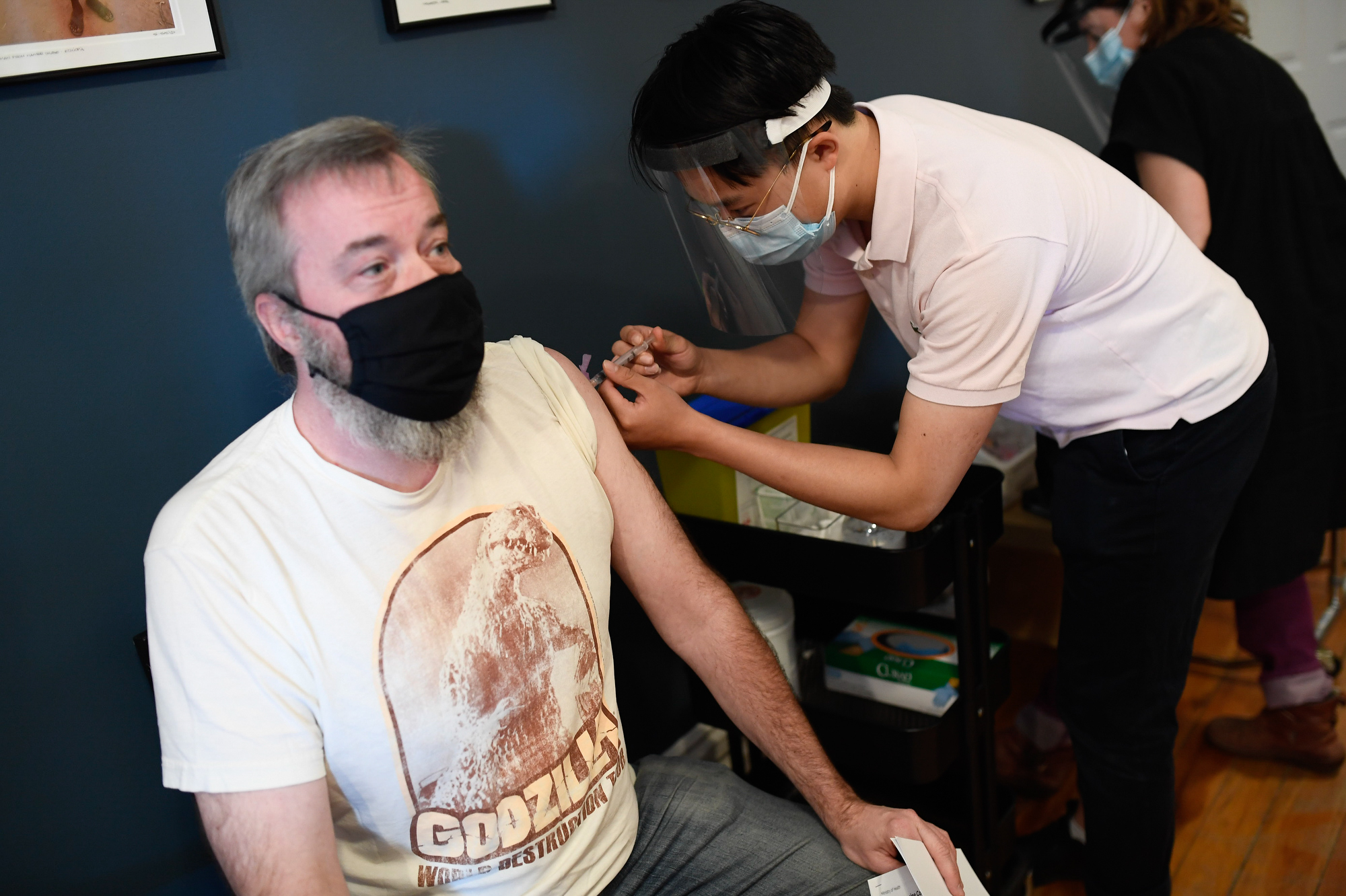 This article appears in print in the June 2021 issue of Maclean’s magazine with the headline, “One day, 220 shots.” Subscribe to the monthly print magazine here.