Thousands of war graves are in state of disrepair

More than 45,000 graves are in need of some type of repair. It will take 17 years to fix them all at current funding levels. 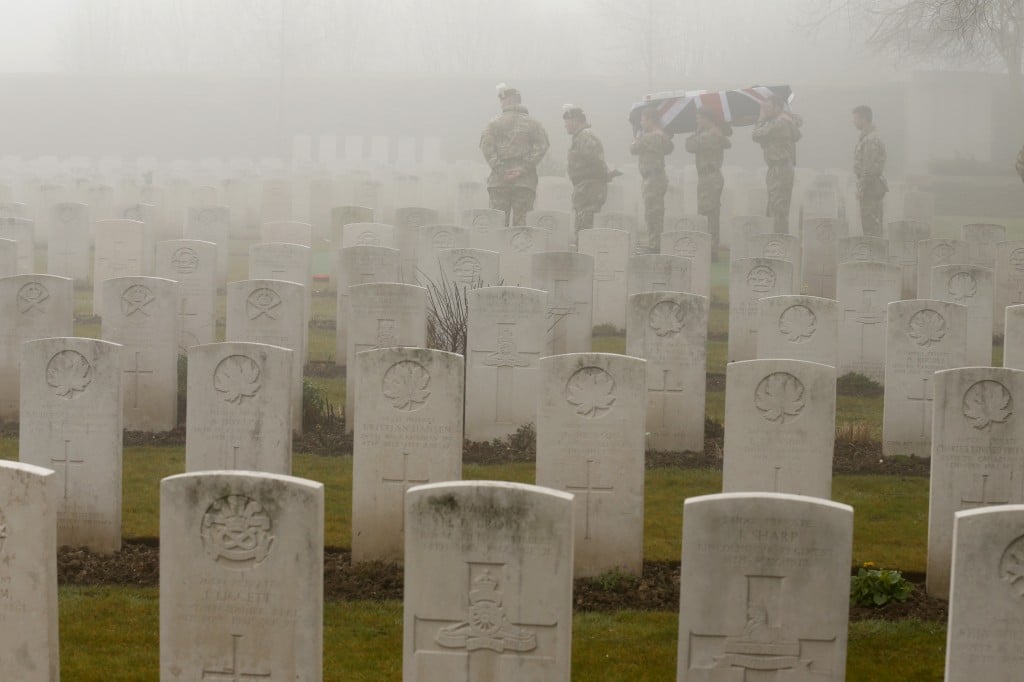 OTTAWA – The grave markers standing in orderly rows are clean and well-maintained on a brilliant summer afternoon.

The words on each are easy to read, even those carved decades ago, while the grey stones are all clean, the surrounding grass and flowers are trim and manicured.

Such a sight might not be a surprise at the National Military Cemetery in Ottawa, but a new Veterans Affairs audit has found that tens of thousands of other such graves across Canada are in disrepair.

The culprit? A lack of federal funding.

The federal government has two ways it maintains the graves of the more than 317,000 Canadians who were either killed in war or otherwise served in the military.

The first is by funding the Commonwealth War Graves Commission, which cares for the graves of Canadian, British, Australian, New Zealand and Indian soldiers killed in the First and Second World Wars.

Canada provides about $1.25 million to the commission, which oversees the graves of roughly 110,000 Canadians whose remains are buried overseas.

The remaining 207,000 graves in more than 6,000 cemeteries across Canada are the direct responsibility of Veterans Affairs, which is where departmental auditors found significant problems.

It added that interviews with Veterans Affairs officials “identified that there are not enough funds currently allocated to veteran grave maintenance to address the known required repairs.”

Veterans Affairs previously received about $5 million for grave maintenance, but that amount was slashed to $1 million in 2003, according to the audit, as the department couldn’t say which graves needed work.

But while a new database was developed and implemented the following year to help track the location and condition of all veterans’ graves in Canada, funding levels have remained largely the same.

The only change was in 2009, when the government increased funding for veterans’ grave maintenance to $1.2 million, which is where it remains today.

The auditors did find that Veterans Affairs had managed to reduce the number of outstanding repairs by about nine per cent between 2013 and 2016, but that was because officials focused on the easy stuff.

“Higher-cost maintenance items such as legibility issues, grave marker replacement and foundation repairs have been increasing on an annual basis and should be considered priority items,” the report said.

The auditors calculated that it would take 17 years at current funding levels to complete the all of the outstanding repairs, the total cost of which was estimated at around $12.9 million.

“Additional efforts are required to ensure veteran graves are being properly maintained,” the audit concluded. “Increase funding as well as a targeted work plan are required.”

The report was published online by the department. Veterans Affairs spokesman Marc Lescoutre said they had accepted the auditors’ findings and recommendations, and officials were developing a plan to address the issues.

“Current practices will be reviewed for possible efficiencies, such as prioritizing the repair of items that compromise the structural integrity of veteran graves,” Lescoutre said in an email.

A new maintenance plan is also being drawn up, he added, while “options will be explored for increased resource allocations to help address the backlog of maintenance items.”

Officials told the auditors, however, that any request for additional funding was not expected until next year at the earliest.