The Assembly of First Nations, Inuit Tapiriit Kanatami and Metis National Council say they are seeking 'full and meaningful inclusion' 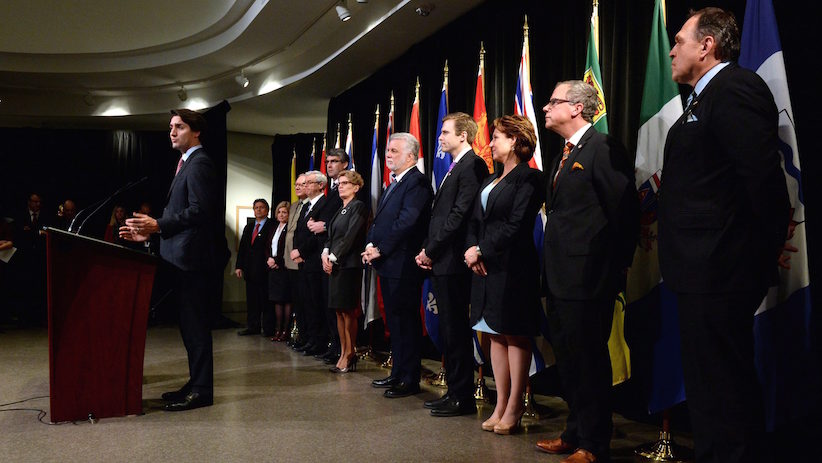 TORONTO — The leaders of three Indigenous groups say they are pulling out of a meeting with Canada’s premiers over what they consider efforts to limit their participation in intergovernmental talks.

The heads of the Assembly of First Nations, the Inuit Tapiriit Kanatami and the Metis National Council say they are seeking “full and meaningful inclusion” in the Council of the Federation.

Perry Bellegarde, national chief of the Assembly of First Nations, said in a Toronto news conference that Canada’s Indigenous peoples are not just another special interest group and won’t allow themselves to be sidelined.

Two other Indigenous groups, the Native Women’s Association of Canada and the Congress of Aboriginal Peoples, are expected to attend the meeting.

The Council of the Federation will meet tomorrow and Wednesday in Edmonton.

Cross-border trade and the looming renegotiation of NAFTA are expected to top the agenda.

FILED UNDER: council of the federation NAFTA premiers