May 21: Harper goes to Quebec, Air Canada's baggage regulation, and a Canadian heads to Ireland for a historic referendum 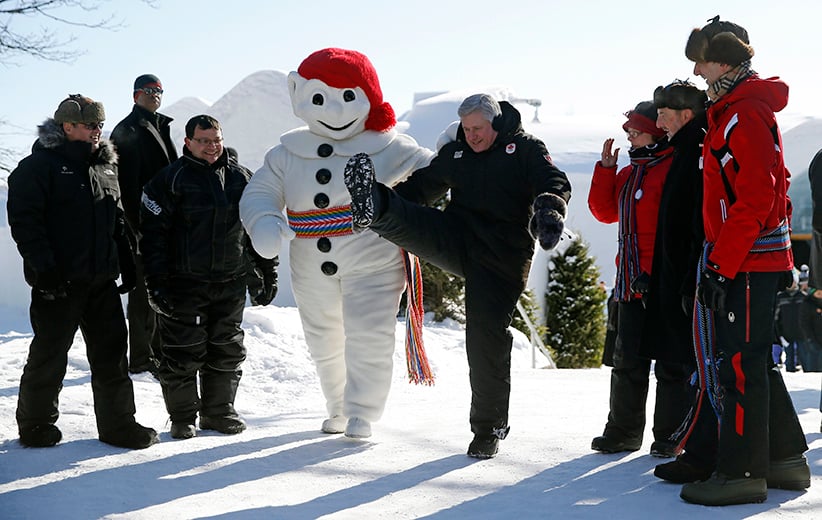 Prime Minister Stephen Harper returns today to Quebec, a province where his party hopes to make major gains in this fall’s election. He will be honoured by a community which holds considerable sway over whether those gains will include a seat in Montreal.

Air Canada is about to begin clamping down on carry-on baggage to ensure it meets regulations. Starting next Monday at Toronto’s Pearson International Airport, airline staff will be stationed at both check-in and security checkpoints to ensure carry-on bags meet size and weight requirements. The program will expand to other airports across the country through June.

CANADIAN OFF TO IRELAND TO VOTE IN GAY MARRIAGE REFERENDUM

Most people use vacation time to sit back and relax. Laura Enright is using hers to stand up for gay rights. The 25-year-old began forming her plans as soon as she heard that her home country of Ireland was preparing to hold a constitutional referendum on the status of same-sex marriage.

– Admissibility hearing continues in Toronto for Pakistani man, Jahanzeb Malik, who is is accused of plotting terror attacks in Toronto.

– Supreme Court of Canada will rule in the case of Clifford Kokopenace, who is appealing a second-degree murder conviction based on a shortage of aboriginal jury members.

– Canada Post will hold its annual public meeting in Ottawa.

– The Canada Pension Plan Investment Board will release its annual report.

– Federal Agriculture Minister Gerry Ritz will address a business luncheon in Calgary on the state of agriculture in the country.

– Statistics Canada will release the employment insurance figures for March.