In the news today: A class-action lawsuit against Air Canada, plus sentencing resumes in Via Rail trial 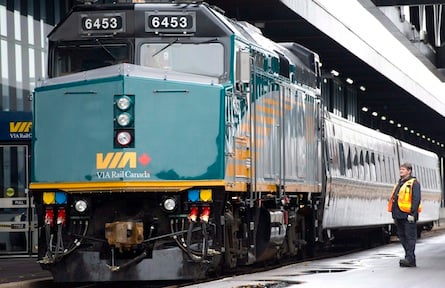 Three stories in the news today, Sept. 2 from The Canadian Press:

SENTENCING HEARING TO RESUME FOR VIA RAIL PLOTTERS

A sentencing hearing is set to resume today in Toronto for two men found guilty in a plot to derail a passenger train travelling between Canada and the U.S. Chiheb Esseghaier and Raed Jaser were found guilty in March of a terror-related conspiracy to commit murder, which carries a sentence of up to life in prison.

A new poll suggests adult children are draining their parents’ retirement nest eggs. The CIBC survey has found that two-thirds of Canadian parents polled say they’re feeling the financial impact of supporting their adult children. One in four parents said they spend more than $500 a month to cover bills for their adult kids.

A mistake by Air Canada in offering a package of flights at just 10 per cent of the value has triggered a proposed class-action lawsuit by customers who thought they got an amazing deal. Court documents, filed in both Quebec and British Columbia, state the flight pass was offered between Aug. 25 and Aug. 28 at just under $800. It says customers were later told the cost was actually $8,000.