'I came. I saw. I conquered. I evaporated. I rose from the ashes, dot-dot-dot, again. Or once again.' 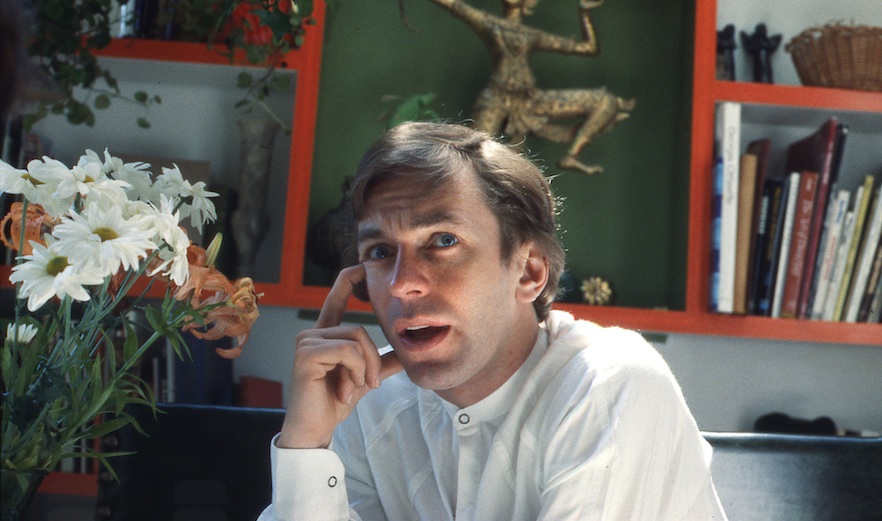 These days, Toller Cranston is a painter living in San Miguel de Allende, Mexico. But this week, the 54-year-old Hamilton native, who also has a home in Toronto, will be honoured for his first career when he is inducted into the World Figure Skating Hall of Fame. The ceremony, being held in Dortmund, Germany, during the March 22-28 World Figure Skating Championships, belatedly acknowledges one of the sport’s true innovators. Cranston never won Olympic gold or World titles, but he was a free-spirited, free-skating genius who pushed the stodgy old sport in a radically different direction. After retiring from competition, he worked as a judge and TV analyst, occasionally running afoul of skaters and TV execs for his biting candour.

You didn’t last as a TV commentator. Were you too tough on skaters?

I took it upon myself — naively, and then paid the price — to impart all the knowledge that I had. I always really tried to say it exactly the way it was, which would be like a politician doing that. And you know what happens if they do.

Did that approach rile the skaters you judged?

There was this professional event in Edmonton where they had former Olympic champions skating against one another, and the winner got $250,000. And the loser, I think, got $150,000 or something. On that particular night, Kristi Yamaguchi did every triple in the book and skated without flaw. Katarina Witt, in the technical portion of the program, was just lousy. As a judge — and I was the only one who did it — I had to differentiate between the flawlessness and virtuosity of Yamaguchi, who did everything, and Katarina, who did nothing. So I gave Katarina Witt like a 9.2 and Yamaguchi a 10, which is a big difference. Well, Katarina had a fit. Like, “Oh, I can’t believe that Toller did that! Oh, he’s a friend of mine! How?” Well, I’m not sanctimonious about those things, but I do think that for any sport to go forward — in coaching or judging or performing — you have to be honest, you know?

It’s a big leap from the glam skating world to San Miguel. What’s the appeal?

This 16th-century town — I should be on the chamber of commerce — has flawless weather all year, tons of interesting people and a certain extravagance of architecture. We are in properties that have great walls around them — in San Miguel, people don’t drop in on each other, never. So I can remove myself from anything social, which is much easier than in Toronto. And I can put in the hours in the studio that I used to put into skating, because I still have that hunger for discipline.

Is your life in Mexico the inspiration for your paintings?

Well, no. The history of art and the history of artists in books and literature, that would be my inspiration. Last year I was in Italy twice, and you sort of go and do the Florence thing and the Venetian thing and the Roman thing. That’s what turns me on. And no, I do not go to the Art Gallery of Ontario to devour the Group of Seven. I’m not knocking it, exactly, but let’s face it, Lawren Harris was not Fra Angelico.

For the first time in ages, there isn’t a sure-bet medallist on the Canadian team going to the Worlds this year.

Yes, but then maybe it’s life, it’s hills and valleys. You know, there are rich times, and then lean times.

But are you worried about Canada’s ability to produce good skaters?

Yeah, totally. You journalists are very polite about the fact that we have run dry in the women’s event. I mean, keep in mind we had Barbara Ann Scott and Petra Burka and Karen Magnussen and Lynn Nightingale and Josée Chouinard — we always had somebody. Now? I do think [on the men’s side] Emanuel Sandhu can be an excellent skater.

Has the men’s event become too technical, too focused on triples and quads?

Yes. There has to be a sense of refinement, because in the big picture, figure skating should be — but isn’t — a mixture of art and sport. Kurt Browning doing Bogey at the 1993 world championships. That’s what it’s supposed to be. That was the perfect combination, the perfect equation.

What skating accomplishment are you most proud of?

If that question had been asked years ago, I might have cited an event. Now, when I think about it, my accomplishment in skating was about being creative in a virgin sport. That’s what I’m known for. It was never the medals that I won. I was really a thorn in the side of the establishment. It wasn’t easy, and I think youth and ignorance propelled me, because somebody else would have given up. I was madly tenacious.

Years ago, you did an exhibition tour through the old Soviet Union and were a huge hit with local fans. Why?

There was this one place where I did, like, 11 encores. They told me I was an instrument of the West that inspired freedom, freedom of individuality and freedom of expression. I just was the right thing for the audience at that time.
What was the most unusual event you ever skated at?
I was asked to go to Ottawa to skate at the Minto Skating Club. The building had been taken over, and it was just prime minister Trudeau and his wife, and King Hussein and his third wife, and I was the show. I was the entertainer for the king. So maybe on another level, what I’m most proud of is that I had such a textured career.

When did you turn to painting full-time?

I think I had a total crash around 43. I got tired of trying to maintain both careers at the same time. Unlike every other skater post-me, I paid for my own career. I didn’t have the government or sponsors or parents, I did it myself. I could do it because of the painting.

Have you completely put skating behind you?

I dream about it every night. It’s high anxiety. Last night, for instance, I was back in competition and doing well, but my skates were too loose, like bedroom slippers. I was totally nervous about doing triple jumps.

In Germany you will be celebrated by the skating establishment. Did you get your due when you were competing?

I was so known as a free skater and, if they had not had the school figures when I competed [they were eliminated as part of the sport in 1991], I would have been the world champion three times, just with the marks that were given. I mean, it’s all part of skating history.

You are known for putting guests at your dinner parties on the spot by asking them to summarize their lives in 30 seconds. Now it’s your turn.

I want this quoted exactly. I should really say it in Latin but I can’t. I came. I saw. I conquered. I evaporated. I rose from the ashes, dot-dot-dot, again. Or once again. And actually, that is rather accurate.