Toronto Board of Health to recommend safe-injection sites 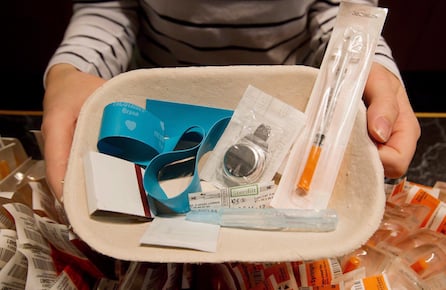 TORONTO – Toronto is joining the growing list of Canadian cities — which includes Ottawa and Montreal — that plan to set up safe-injection sites.

Safe-injection sites provide a place for people to take illicitly-obtained drugs, while supervised by nurses or other healthcare staff in order to prevent overdoses. They typically also provide sterile injection equipment.

As it stands, there are more than 90 safe-injection sites worldwide, but only two legal sites in Canada, both in Vancouver. According to local media reports, Toronto’s top health official is planning on following suit, opening “multiple” facilities, also called supervised-injection or supervised-consumption sites.

Related: The science is in. InSite works.

Dr. David McKeown, Toronto’s Medical Officer of Health, is scheduled to host an event Monday, where he’ll promote a Board of Health report on supervised injection services. The Globe and Mail and The Toronto Star say the report will recommend setting up safe-injection services at some pre-existing healthcare facilities.

The latest available data, from 2013, shows that Toronto’s rate of fatal overdoses is increasing. That year there was an all-time high of 206 overdose deaths.

And a growing body of research suggests that these sites have other social and health benefits. Dr. Ahmed Bayoumi, a doctor at a downtown Toronto hospital and expert in health services for drug users, said those benefits include fewer HIV and hepatitis C infections, because the provided needles would be unused.

He added that public safety and social benefits include less public litter of needles, and “potentially less crime, because people inject indoors instead of on the street.”

“I think that Toronto would benefit from supervised-injection services, and this is a very good next step in the process of establishing those,” he said.

Joe Cressy, a city councillor and chair of the city’s drug strategy implementation panel, said he doesn’t think that will be a problem.

The report, released Monday, will be considered at a Board of Health meeting next week. 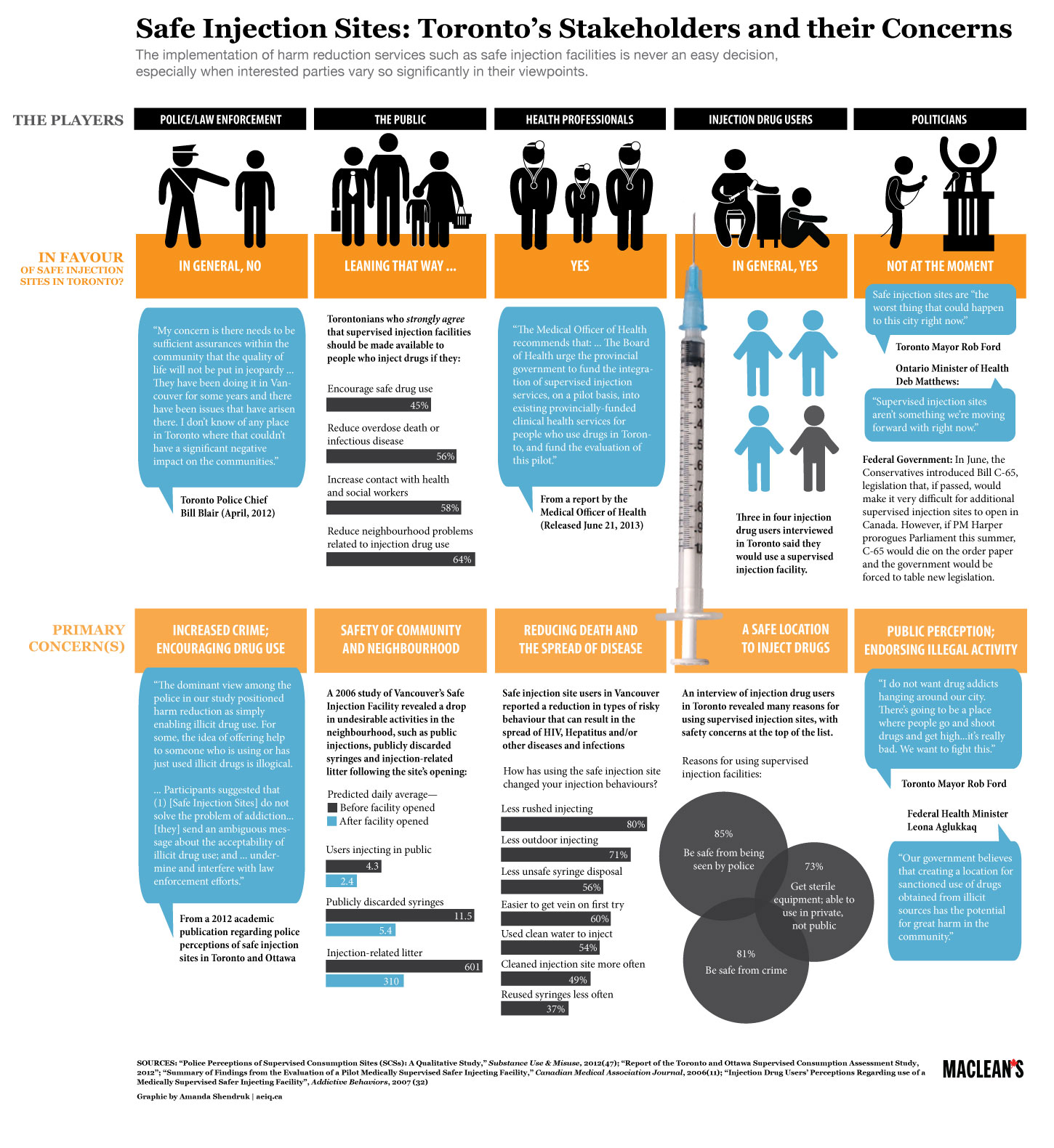