Toronto election: The vote without a moral core

The choice between Tory, Chow and Ford is no choice at all in an election that was all sound and fury, signifying nothing 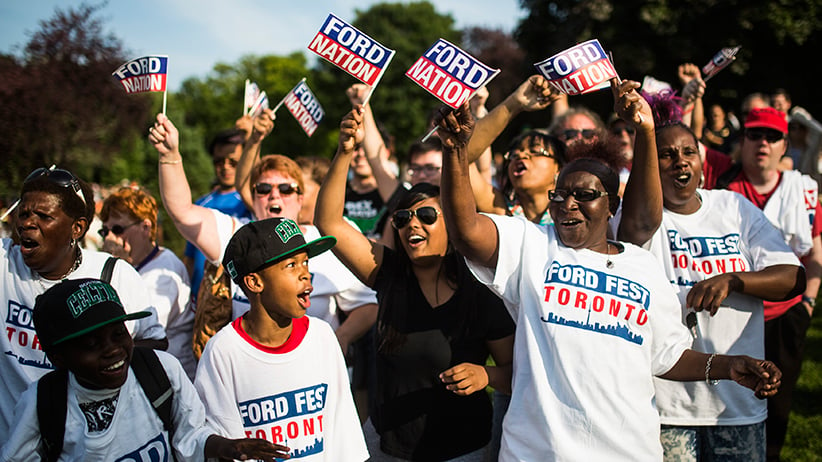 So, Toronto: election day! How are we all feeling? Satisfied with the campaign? At peace with the future? No, I didn’t think so.

It doesn’t really seem like we’ve just finished an election campaign, so much as we’re marking the closing of a long-running stage show that everyone hated the whole time, but just kept playing and playing because it was so well-funded.

If the voters of Toronto seem dispirited heading into the voting booth, they’ve got good reason. They’ve just been dragged through a campaign that made one hell of a racket, but completely lacked a moral core, just at the moment the city needed it most.

You might wonder, for instance, why certain issues are not on the table. For instance, is there accountability for leaders who disgrace themselves and their office, and those who enable them? Are Torontonians paying enough tax to build the city they seem to want? Are we creating a city that’s affordable for everybody? What are the root causes of the alienation that’s set into the city’s edges? One candidate, deny it though he might, is reported to have gotten his start in the business world by selling hash. Is that okay?

You’d think that questions like these would offer the makings of a substantial campaign, for a candidate or three. Certainly, there’s been no lack of earnest prodding from civic-minded organizations, never mind the roundly ignored moderators of the 600 or so debates we’ve just witnessed.

But in order to have a debate about something, you first need participants in the debate to actually take a position on it, and the three leading candidates in this election have failed us all by flatly refusing. 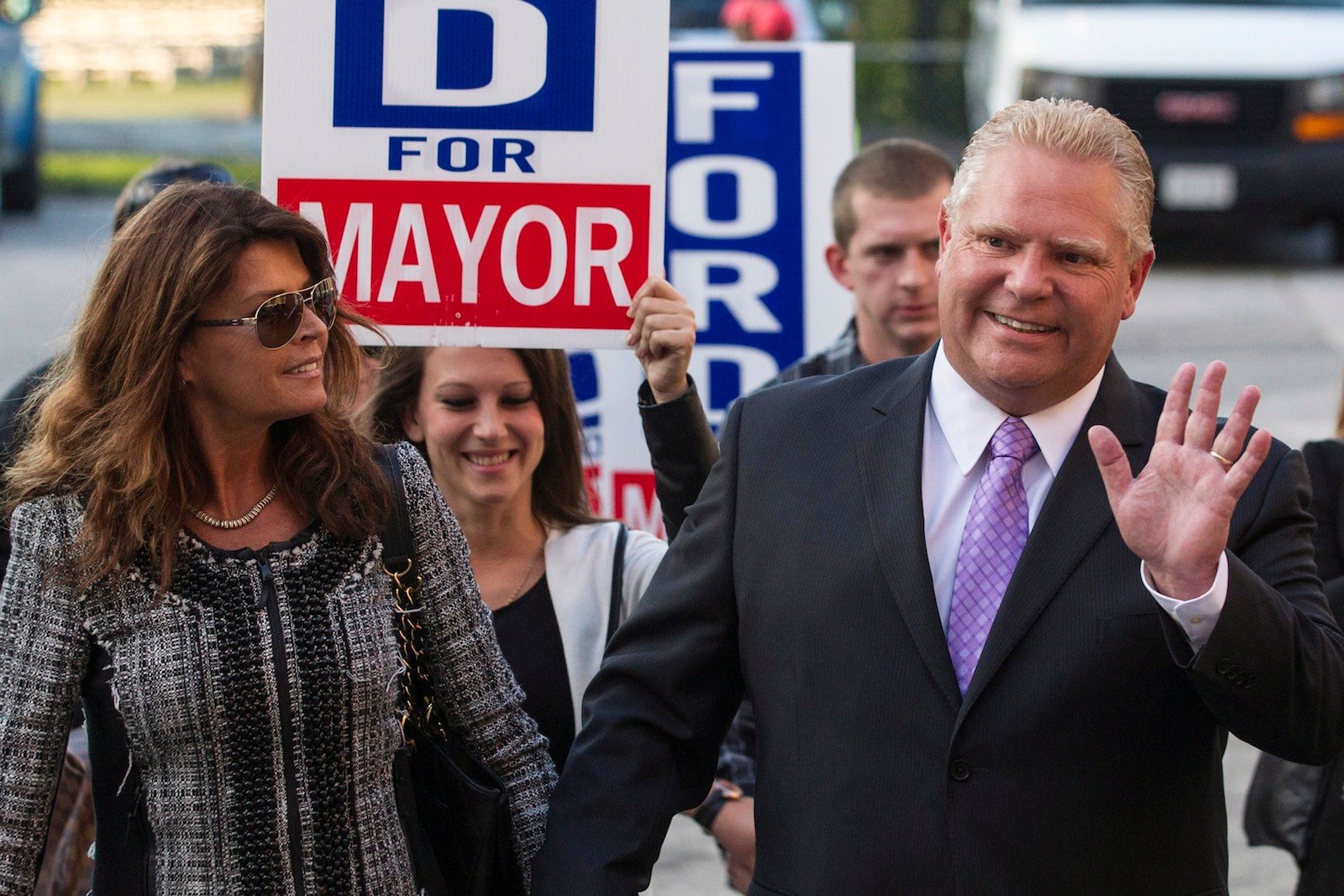 You could write a short book about Rob Ford’s shortcomings, but you always knew what he represented: dogmatic, borderline-demented, small-government conservatism. Not so, Doug Ford. Doug spent most of his short campaign bent over his pile of twigs and birch bark, trying to spark a class war like a frustrated Thug Scout.

Doug promises subways with as much credibility as the captain who keeps calling you about that free cruise. He lies about things as a kind of enthusiast hobby. But lies and subways and disliking John Tory’s childhood are not exactly a world view, so we never meaningfully revisited the ideas that Rob Ford championed so successfully in 2010.

Related:
How the great Ford divide could come to a city near you
Poll has Doug Ford in the hunt for the mayoralty
What do we know about Doug Ford?

Meanwhile, Olivia Chow, the closest thing this race has to an intellectually honest candidate, hesitated for so long in taking up the progressive mantle that much of her early support heaved a sigh and wandered away. It was about the time that she promised good customer service for taxpayers that I felt my consciousness dissociate from my skull and float off toward Hamilton or someplace. 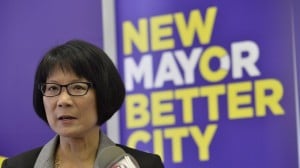 Chow eventually started talking about left-wing causes like housing, but tepidly, asking nothing from taxpayers and promising little in return, instead saying she’d beg other levels of government for cash. She was a big-government socialist who seldom talked about what big government could achieve. She never championed ideas that would challenge the consensus of less-is-more government, that would have truly set her apart.

And that leaves John Tory.

I watched John Tory in debate after debate, and he is genial and friendly and could make reading the phone book sound like a pragmatic policy solution. As much time as he spends talking, he doesn’t say that much, which I suspect is both a talent and a winning strategy. Mostly, he sticks to low-impact technocratic remedies. 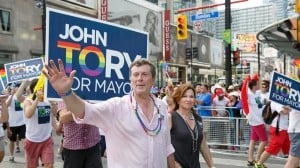 The exception is his signature policy, the SmartTrack plan. Let’s talk about SmartTrack for a moment, because it has far more potential as a metaphor than as a transit scheme.

As a transit plan, SmartTrack has been debunked so often, and by so many credible observers, that SmartTrack debunkings have become a small but thriving literary genre. Its critics, I think, are right: The plan is rife with troublesome flaws, like promising regular service on rail lines that can’t handle it, or are already chock-full of trains; like not integrating with the transit system; like being unrealistically costed; like being funded with a no-sacrifice-required magic-money financing scheme.

This is not to say that SmartTrack is completely disastrous. Nobody in transit circles was talking about how badly a scheme like this was needed before Tory’s people cooked it up, but it would be a happy bauble. Having built a subway to Ikea, I think we can all agree that it’s time for a rail link to Square One.

Related:
Why John Tory’s apparent pandering to the Jewish community is ineffective and harmful
Toronto’s battle of the subways

But what bothers me the most about SmartTrack is that it is, in essence, a target of opportunity. The plan is a reworking of the plans the Ontario government already has to upgrade its GO service. It’s a provincial matter: It’s their land and their tracks and their plans and their agenda. The provincial Liberals, having given Tory their tacit blessing for now, will have their way with the plan after the election.

As such, SmartTrack’s odds of surviving in its current form are iffy at best. That hasn’t stopped Tory from taking someone else’s plan, embellishing it, implying that he has control over it, and presenting it as a scheme that’s his to realize.

And here’s the thing: Everyone seems pretty much okay with that. You never got the sense that Tory was particularly invested in this idea on its merits. It’s not the core of his middle-of-the-road appeal; it’s just a set-piece for the transit file. That’s why every attack on it has sailed right through, like an arrow through a hologram.

The problem with SmartTrack is not that it’s implausible, it’s that it’s cynical. It is a transit plan that nobody really seems to believe in, and I’m not sure he does either. Like everything else John Tory says, it seems ephemeral, malleable, a stand-in for some undetermined future course of action.

So about that metaphor. The whole election was SmartTrack writ large: Unambitious and disingenuous. Neither Chow nor Tory seem to have come very far since the days when both were cutely disclaiming their intentions to run. The whole debate has been an exercise in mumbled posturing designed to alienate as few former Ford voters as possible. For that very reason, it has avoided at all costs any sense of moral imperative.

This means more than condemning the corrosive dishonour of Rob Ford’s time in office, and his brother’s attempts to pretend it never happened. It means articulating a set of values and beliefs, and giving voters a clear choice about which path to chart. Doug Ford could have offered a practical vision of small, responsible government. Olivia Chow could have laid out bold progressive plans for the future.

And John Tory could have staked his claim on centrist honesty and integrity, in his plans and in his words. Instead, he delivered a ten-month long verbal shrug.

If there are bright spots, it’s in the candidates who have put themselves forward for council. Andray Domise, in Rexdale, has stood up to very publicly challenge the idea that his community is well-served by the Fords, and the notion that its residence are too disengaged to care or think otherwise. In Eglinton-Lawrence, JP Boutros broke with his high-profile former boss, Karen Stintz, to stick by his principles in the transit debate. In Davenport and York, community leaders like Alejandra Bravo and Lekan Olawoye are making spirited attempts to clean out council’s deadwood.

There is no such clarity of purpose amongst those seeking the mayor’s job. Just as Toronto’s voters were denied the chance to pass judgment on Rob Ford, they weren’t given the chance to vote for a candidate who set a bold new direction. And so we enter the fourth mayoralty of the City of Toronto having chosen no direction at all.