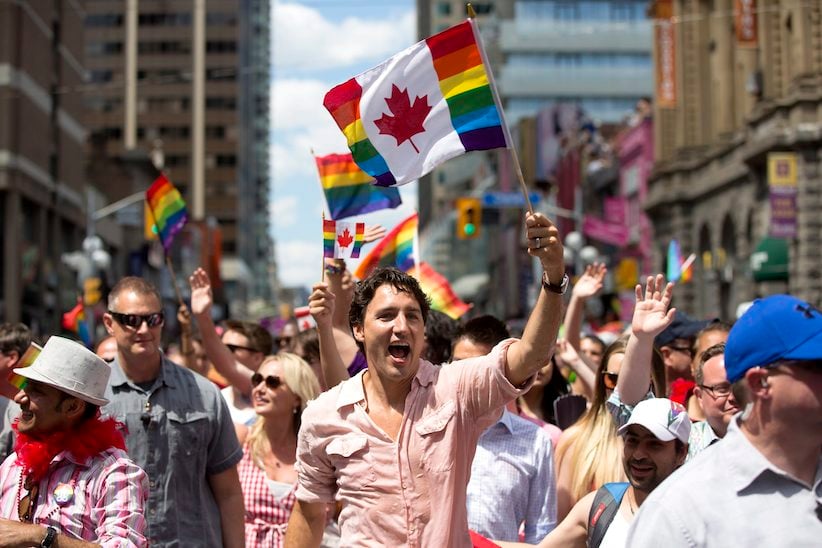 TORONTO — Canada’s largest Pride parade marked another milestone Sunday as a sitting prime minister marched for the first time in a colourful celebration that was tempered by last month’s shooting massacre in Orlando, Fl.

Prominent in the procession was a pair of marchers who held a large black banner that read “Orlando” and “We march for those who can’t.”

A group of marchers, dressed in pastel-coloured robes, each carried signs with the name of an Orlando victim as they worked their way down the route.

There was a moment of silence during the parade to remember the 49 people, predominantly LGBTQ, who were killed in a mass shooting at Orlando’s Pulse nightclub. A river of multi-coloured floats and marchers came to a halt on Yonge Street and stood in silence along with the masses of onlookers who lined both sides of the route.

Prime Minister Justin Trudeau said the Florida tragedy is a reminder that “we can’t let hate go by.”

“We have to speak up anytime there is intolerance or discrimination,” he said as he marched.

Trudeau drew a boisterous reaction from those who lined Yonge Street to watch the parade go by _ he has taken part in the parade before, including last summer, but this is his first as prime minister. The casually dressed prime minister posed for selfies and happily waved a Canadian flag as he greeted parade watchers and frequently found himself surrounded by a crush of revellers. Some chanted his name at times. 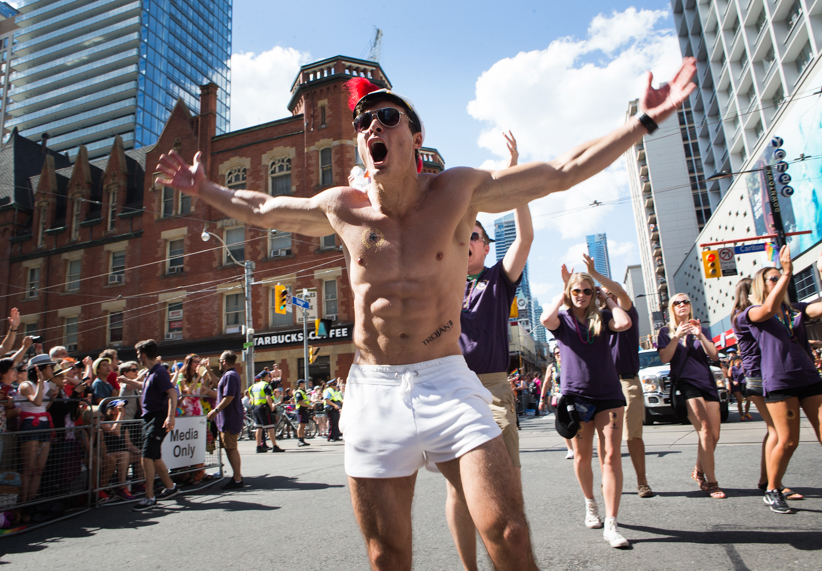 Revellers march in the Toronto Pride Parade on July 3, 2016.