Justin Trudeau took in the Hip in Kingston, but he's not the only politicians to take in the tour 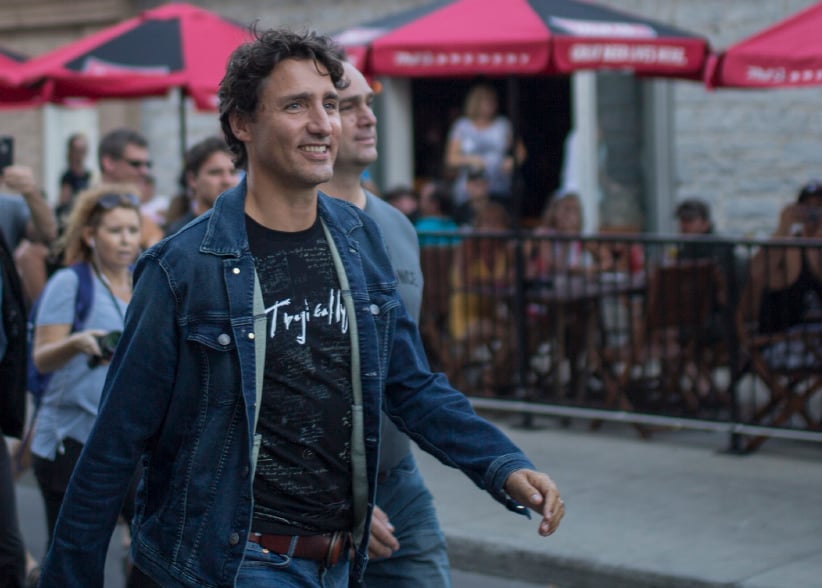 With millions of Canadians watching, the Tragically Hip are set to play the final show on their farewell tour. Prime Minister Justin Trudeau has arrived in Kingston with plans to sing along with the rest of the crowd.

It’s not news that the 44-year-old Prime Minister is a big fan of the Hip. In June, he told the Canadian Press that he’s been lucky to meet Downie several times, and that the rocker was an “extraordinary Canadian creative force” and a “great guy.” It’s not the first time he’s been to a  Hip show, he said, but it will be the first time with the title of prime minister.

More: How we will miss Gord Downie and the Tragically Hip

Gord Downie is a true original who has been writing Canada’s soundtrack for more than 30 years. #Courage

When the Hip disclosed the shocking news back in May, Canada’s party leaders shared their thoughts via Twitter. The Conservative Party’s interim leader, Rona Ambrose, shared her favourite song: Ahead by a Century.

Every Canadian has a favourite Tragically Hip song. This is mine. https://t.co/OF2UKkn2ux

Luckily, Ambrose’s favourite song was on the set list Aug. 3, the night she and her partner, JP, went to see the Hip in Calgary. “It was incredibly moving,” Ambrose told Maclean’s. “Everyone stood up for the entire show. People couldn’t stop cheering … So many of us have been touched by cancer and seeing him go through this makes our rock star idols feel even closer to us.”

A spokesperson from the NDP says while leader Tom Mulcair is a fan, he didn’t have the chance to see the Hip live tour. Rookie NDP MP, Gord Johns (Courteney-Alberni), did however. The 46-year-old is a devoted fan—”I’m from that generation of die-hard Hip fans”—and took in the July 24 show in Vancouver with his college buddies.

“I couldn’t be more proud to be Canadian hearing the Hip play,” he said, comparing Downie to the courageous Canadian icons Terry Fox and Jack Layton. “They’ve connected with people across Canada, bringing people together even more closely on this tour. It’s been very special. It crosses political lines.”

Green Party leader Elizabeth May is on holidays and couldn’t be reached for comment, though a spokesperson from her office told Maclean’s the party’s lone MP tried to make it to the July 22 show in Victoria, but it didn’t work out.

Had not heard. So very sad. "@RogersShelagh: Heartbroken to wake to news that Gord Downie has terminal cancer. Courage.
Love and prayers."

During his reign, Stephen Harper never made mention of the beloved Canadian rock band. However, the former PM is a rock’n’roller. While country leader, Harper played keyboard and sang lead vocals in his band the Van Cats, a play on the number 24 in French from 24 Sussex Dr. 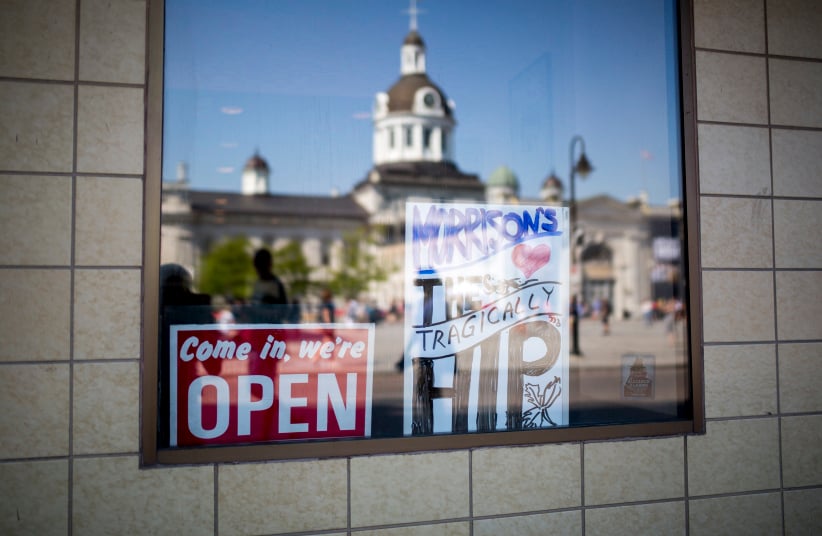 Downtown Kingston reflected in the window of Morrison's Restaurant.