As the U.S. regulatory process drags into its seventh year, the pipeline costs rise from initial estimate of U.S. $5.4-billion 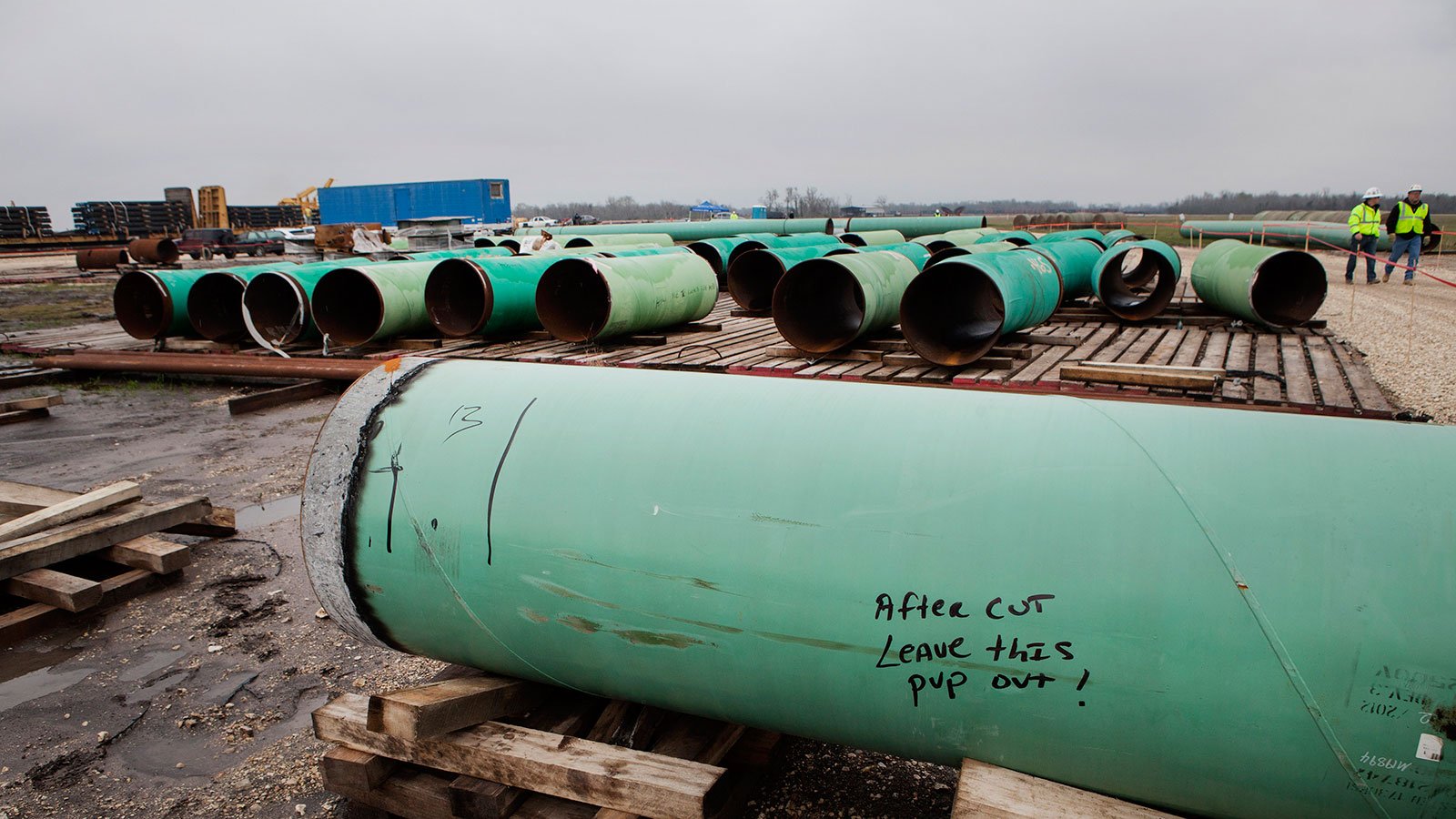 CALGARY – The price tag for the controversial Keystone XL pipeline has risen by about half to US$8 billion, TransCanada Corp. said Tuesday as the U.S. regulatory process drags into its seventh year.

TransCanada had previously pegged the cost of Keystone XL at US$5.4 billion, but has long signalled that the longer it’s forced to wait for a permit, the more expensive the pipeline would become. As of Sept. 30, TransCanada had sunk $2.4 billion into the project.

Keystone XL would connect to an existing TransCanada pipeline network, enabling 830,000 barrels per day of crude, mostly from Alberta’s oilsands, to be processed in the lucrative U.S. Gulf Coast refining market.

Alex Pourbaix, president of development at TransCanada, said the increased cost is “overwhelmingly” due to delays in a U.S. State Department decision. The most recent setback relates to a court case in Nebraska over who has authority to approve the route of the pipeline through the state.

TransCanada figured the regulatory process would last about two years when it filed its application to U.S. regulators in September 2008.

“We’re now in the sixth to seventh year,” said Pourbaix. “So you can imagine the costs that are associated with that.”

“At the time that we proposed this project, it was a pretty good market for constructing pipeline projects. It’s a lot tighter market now in North America and we’ve had six or seven years of inflation,” he added.

“The losers in this whole process ultimately are consumers of energy in North America because that’s who ultimately bears the costs for these kinds of delays and cost impacts.”

CEO Russ Girling said customers who have signed up to use the pipeline continue to back Keystone XL, despite the fact that they’ll have to pay higher tolls as a result of the delays.

“Our shippers, both U.S. and Canadian producers and refiners, remain solidly behind Keystone XL and their support has not wavered over the past six years.”

Much of the opposition to the pipeline has centred on what substance it would carry: oilsands crude. Environmentalists have argued that if U.S. President Barack Obama rejects the pipeline, he would demonstrate his green credentials and commitment to fighting climate change. There are also concerns based on how a potential spill may affect water and agricultural land in the Plains states.

Supporters tout the jobs and economic boost the pipeline would provide, as well as its role in supplanting imports into the U.S. from the Middle East.

Keystone XL has played a starring role in American politics and the spotlight could soon get even more intense.

Republicans have already signalled that if they gain control of the Senate in Tuesday’s midterm elections, they intend to use their new congressional power to force Obama to approve the pipeline.

“I can’t really predict what the outcome of this particular election might have on Keystone. I guess maybe suffice it to say we’re supportive of any process that can help advance the decision on the project, given that the environmental review is completed and at this point in time, we’re just waiting for someone to say go,” said Girling.

He notes the company’s polling has consistently suggested about two thirds of Americans support the project.

While Keystone XL remains in limbo, TransCanada is pressing ahead with an even bigger project that would open up new markets for Canadian crude.

Last week, it filed a regulatory application for its $12-billion Energy East crude pipeline, which would connect Alberta crude to refineries and export terminals in Quebec and New Brunswick. It would be one of the biggest infrastructure projects in Canadian history, spanning 4,500 kilometres and carrying more than one million barrels of crude per day.

Earlier Tuesday, TransCanada said it’s planning to expand its Nova natural gas pipeline system by 2017 at a cost of $2.7 billion.

The pipeline carries about three-quarters of the gas produced in the Western Canada sedimentary basin, but TransCanada says demand for capacity has increased.

The Calgary-based company says it plans multiple projects so it can also carry more gas from unconventional sources in northwest Alberta and northeast British Columbia to markets in Canada and the United States.

TransCanada will require regulatory approval and says it plans to file applications for various parts of the project with the National Energy Board between now and the third quarter of 2015.

It’s aiming to begin construction in 2016 and have all the changes in service by the second quarter of 2017.

The company also announced it will take the next step in updating its natural gas infrastructure in southern Ontario in the Toronto and Hamilton areas.

The pipeline and facility expansions within the so-called Eastern Triangle portion of TransCanada’s Canadian Mainline system are expected to cost about $475 million.

Analysts had expected an adjusted profit of 61 cents per share, according to Thomson Reuters.