TRC to PM: 'Leadership can be implemented right away' 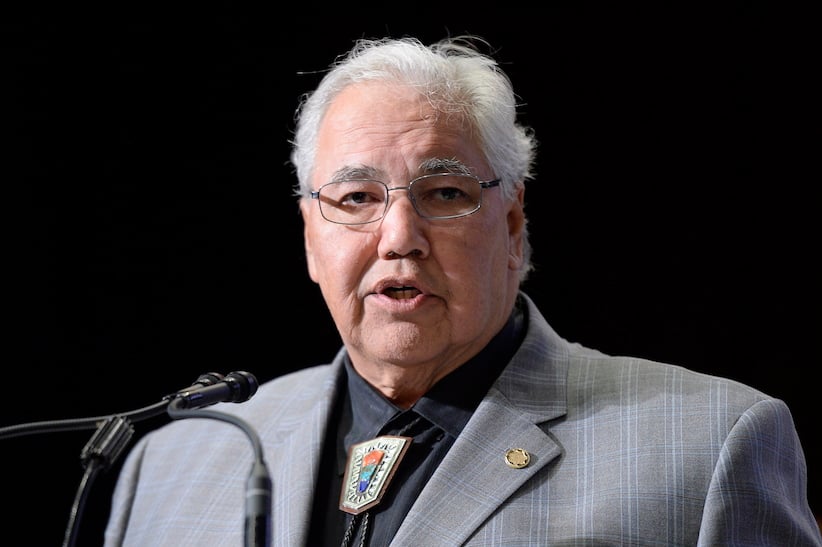 OTTAWA — A week shy of exactly seven years after his historic apology in the House of Commons, Prime Minister Stephen Harper will help close out the Truth and Reconciliation Commission’s summary report today at Rideau Hall.

Despite thousands of hours of emotional testimony from residential school survivors over six years, a six-volume report in the making and a $60-million class-action settlement, the heavy lifting for the government of Canada really hasn’t started.

Justice Murray Sinclair delivered a moving summary report on Tuesday — the full, six-volume collection will follow later this year — that came freighted with 94 distinct recommendations, many of which include multiple subsections.

From changing the oath of citizenship to amending the Criminal Code, from a massive increase in eduction funding for First Nations to restoring CBC funding, from changes to social and health-care services to a public inquiry on missing and murdered indigenous women, the report recommends a complete rebuild of the Crown relationship with Canada’s original inhabitants.

The commission is acutely aware that reconciliation may take generations, and that it drafted recommendations that may not be easily digestible for the Conservative government.

“You have to remember that we were writing for the future, not just for this government,” Sinclair said at a news conference Tuesday, drawing loud applause from the hundreds of residential school survivors still in the hotel ballroom.

“Our view is that this report is going to have to stand the test of time.”

Sinclair said Canadians shouldn’t just judge the impact of the commission’s report today or tomorrow, “they should also be looking at this report in the future and using it to guide their activities in the future.”

Whether that’s enough to get Harper and his government off the immediate hook in the five months remaining before an October federal election may in large measure be a function of public reaction.

The prime minister told the House of Commons that his government has already moved on First Nations issues, citing training programs announced in the most recent budget and “vast amounts of money” provided for education reform, post-secondary scholarships, and health investments.

“It was this government that for the first time in Canadian history recognized the full extent of the damage done by residential schools, not just the destruction of communities and families, and the abuse, but also the loss of life in many cases,” Harper said in the daily question period.

The three commissioners of the Truth and Reconciliation project clearly have a different perspective.

In the days leading up to Tuesday’s report release and today’s closing ceremonies, it was repeatedly stressed that the time for words and apologies is past. Education will be part of reconciliation, but action is required too.

“Leadership is the main area that we think can be implemented right away,” Sinclair said Tuesday, while noting there’s a “practicality element” to implementing some recommendations immediately.

“The one thing I am confident of is that the cost of doing nothing is worse of doing something.”

“If we don’t get to those results now, we’re going to be leaving an insurmountable debt on the backs of future generations,” he told reporters.

An overarching theme of the commission report that was not among the explicit recommendations is a national shift in consciousness that can only come from hearing, recognizing and confronting the truth of the residential schools “cultural genocide” that took place over more than 120 years.

On June 11, 2008, when Harper delivered the historic government of Canada apology for the wrongs committed, a young Conservative parliamentary secretary took to the Ottawa airwaves to say what aboriginals really needed was “to engender the values of hard work and independence and self-reliance.”

Pierre Poilievre apologized the next day, but his sour observation didn’t stop him from advancing up the ladder in the Harper cabinet.

Perry Bellgarde, the national chief of the Assembly of First Nations, issued a formal response to the commission report Tuesday that said the real recommendation is to “make room in your hearts and minds and your spirits.”