Findings relate to 2007 complaint from Assembly of First Nations and The First Nations Child and Family Caring Society of Canada. 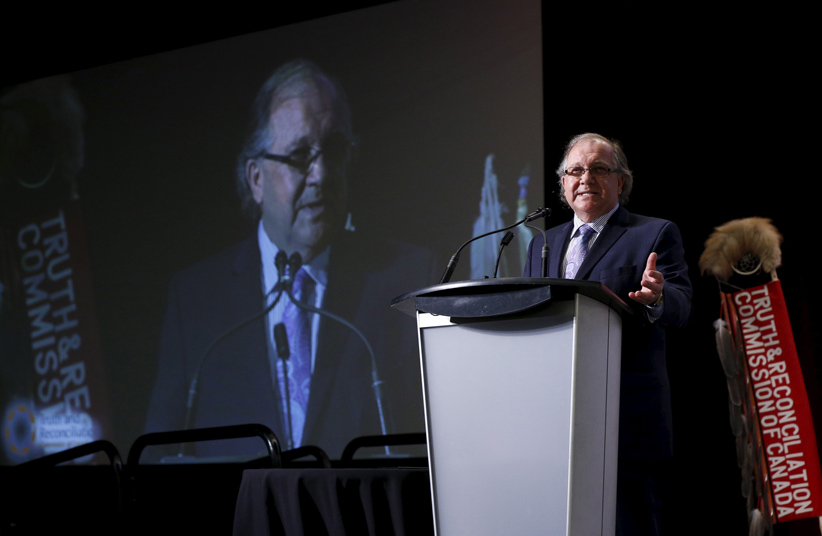 Child welfare was among the central issues flagged in the report by the Truth and Reconciliation Commission (Blair Gable, Reuters)

OTTAWA — The federal government discriminated against children on reserves in its funding of child welfare services, the Canadian Human Rights Tribunal ruled Tuesday.

The quasi-judicial body published its findings nine years after a complaint from the Assembly of First Nations and The First Nations Child and Family Caring Society of Canada, which argued the federal government failed to provide First Nations children with the same level of services that exist elsewhere.

In its legally binding decision, the tribunal found First Nations are adversely impacted by the services provided by the government and, in some cases, denied services as a result of the government’s involvement.

“The panel acknowledges the suffering of those First Nations children and families who are or have been denied an equitable opportunity to remain together or to be reunited in a timely manner,” the ruling said.

Cindy Blackstock, executive director of the The First Nations Child and Family Caring Society of Canada, said the decision marked a great day for First Nations children and for Canadians who believe in justice and fairness.

She is urging the federal government to take immediate action, adding she will be watching to see how Prime Minister Justin Trudeau responds, given his commitment to implement all 94 recommendations from the Truth and Reconciliation Commission.

The commission, which spent six years documenting the painful residential school legacy, called on all levels of government to reduce the number of aboriginal children taken into care by providing adequate resources for communities and child-welfare organizations.

“We don’t have a moment to waste,” Blackstock said.

“We need to make sure these children get what they need immediately … I can’t think of a lower thing that a federal government can do than racially discriminate against … kids, know that they’re doing it, know it is harming them by unnecessarily removing them from their families, have the recommendations in their hands where they could have made it better and they don’t do it.”

“The other way to think about it is how much money the federal government has been saving by racially discriminating against kids,” she said.

“We have to decide as Canadians is that the way we want our fiscal policy done?

“The bill has come due for generations of denial and systematic negligence that has been perpetrated by Indian Affairs, by Health Canada, by the Justice Department against indigenous children, he said.

Indigenous Affairs Minister Carolyn Bennett and Justice Minister Jody Wilson-Raybould are expected to respond to the decision in Parliament this morning.