Trudeau apologizes for responding in French to English questions

A Montreal-based anglophone advocacy group, which sent a critical letter to Trudeau after a town hall in Sherbrooke, published the PM's formal apology 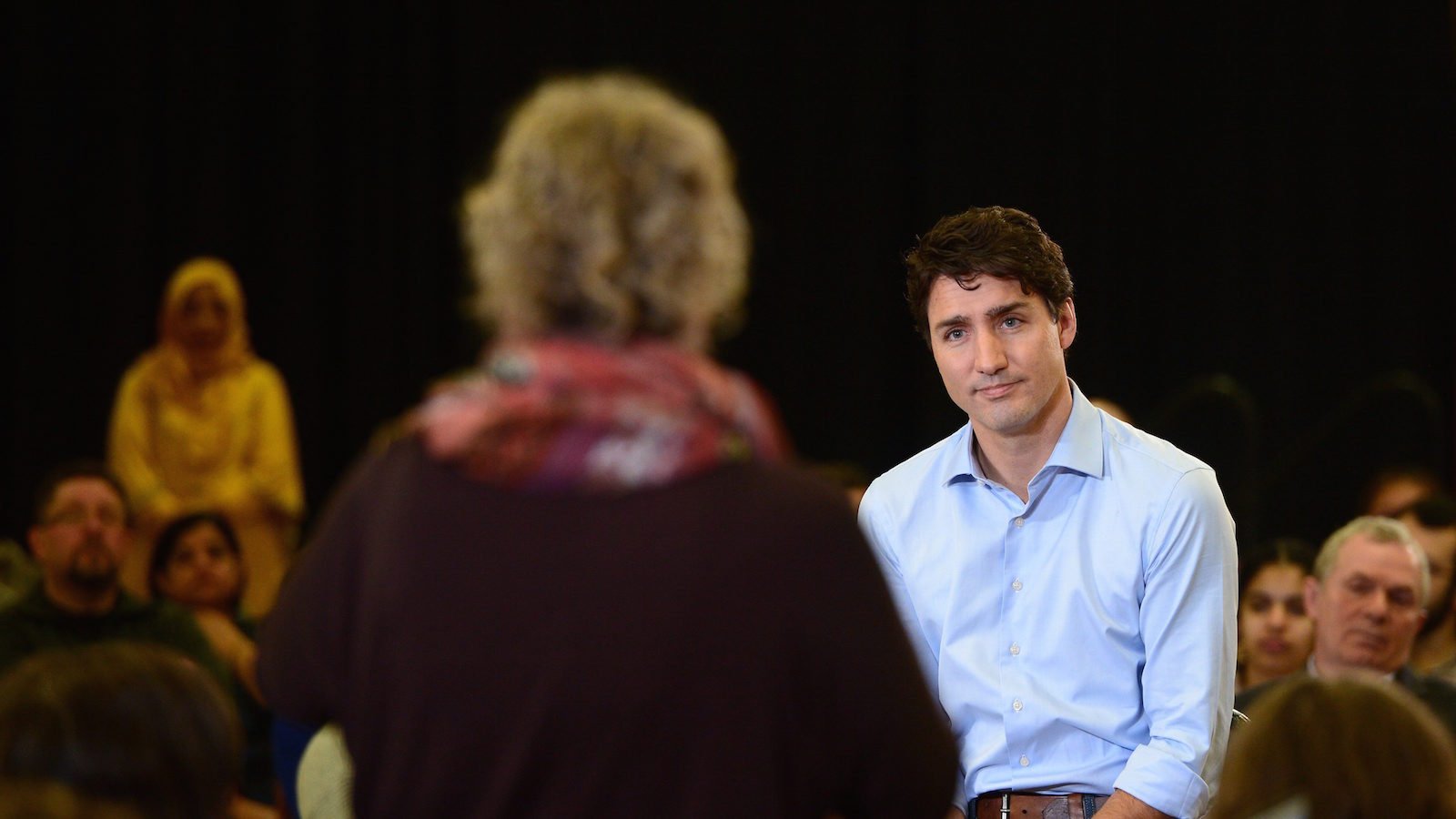 MONTREAL – The Prime Minister has promised to answer questions from the public in the language they are asked, after receiving a slew of complaints from angry citizens who felt he recently violated the country’s bilingualism policy.

On a stop in Sherbrooke, Que., during his January cross-country tour, Trudeau insisted on speaking only in French, even in response to questions asked in English from the province’s anglophone minority.

His actions were called “tone deaf” in the media and they triggered a series of complaints to the Office of the Commissioner of Official Languages.

A Montreal-based anglophone advocacy group, which sent a critical letter to the prime minister about the town hall, received a formal apology from Trudeau on Feb. 14 and published his letter on its website Monday.

“As for the Sherbrooke town hall, I would like to express my sincere regrets,” read the letter, written in English and signed by Trudeau.

“I recognize I should have answered questions in the language they were asked, be it in Quebec or anywhere else in Canada. You can rest assured that I will do so in the future.”

“Clearly it was a violation of the Official Languages Act that commits the government of Canada to doing business in Canada in the two official languages — English and French,” Shea said.

Kalil said Trudeau himself doesn’t fall under the languages act, rather, it’s the bureaucratic arm of the Office of the Prime Minister, the Canadian Privy Council.

The languages department is investigating whether the Privy Council has any obligation to demand the prime minister answer questions in the language they are asked during town hall events.

Kalil added that his department also received complaints about another stop in Trudeau’s January tour after the prime minister responded in English to a question posed to him in French in Peterborough, Ont.

He said an interim report on the roughly 60 complains his office received will be out in the next few weeks.

For Shea, however, he said Trudeau’s response was “gracious” and added, “the case is closed.”