Initiative involves tens of billions of dollars in total, is the marquee event as two weeks of climate negotiations 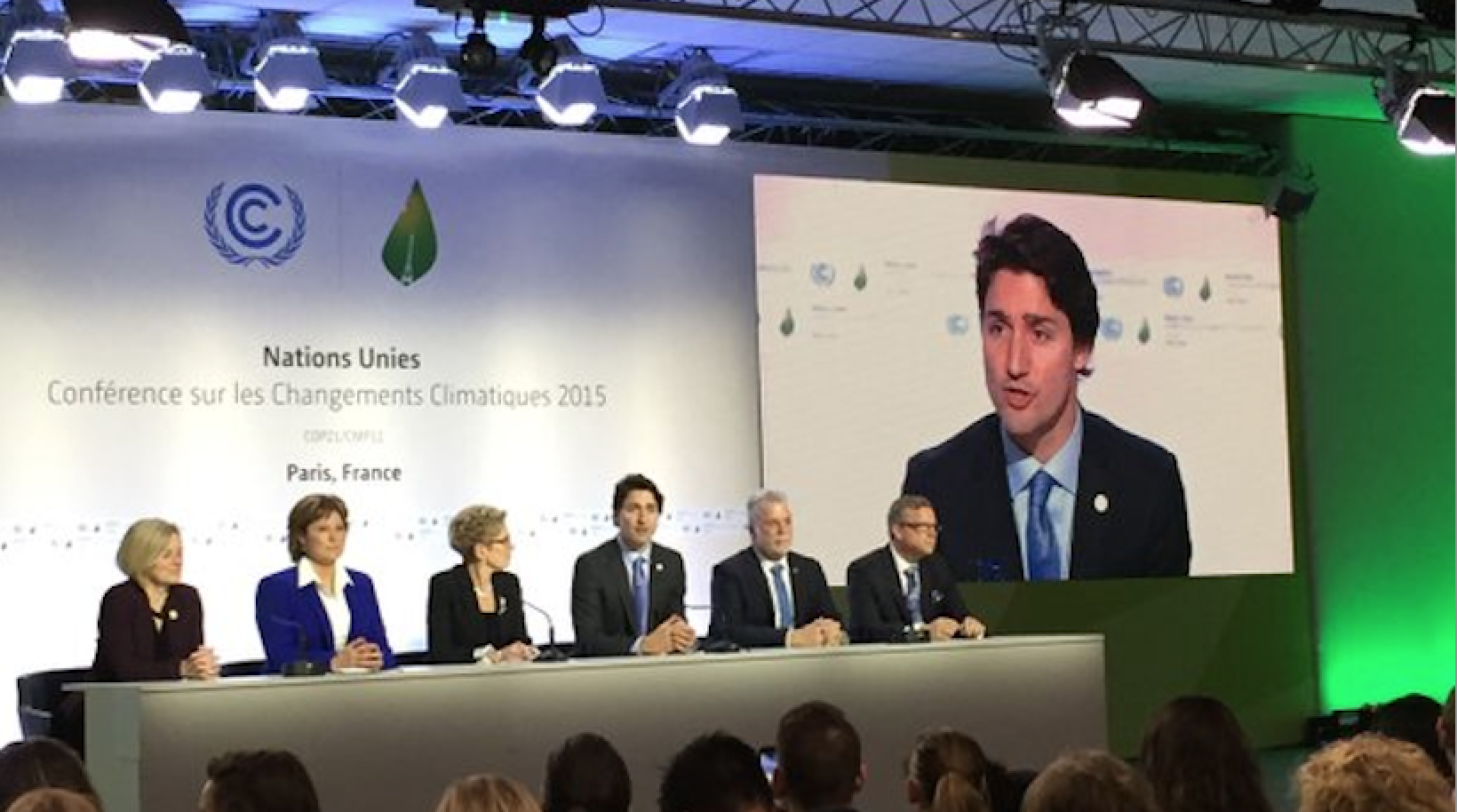 PARIS — Canada is promising $300 million a year for research and development on clean energy technology as part of splashy international kickoff to the opening day of the Paris climate conference.

The initiative, involving tens of billions of dollars in total, is the marquee event as two weeks of climate negotiations get underway at the UN-sponsored conference known as COP21.

At least 19 governments — from India, South Korea and Saudi Arabia to Australia and Norway — and 28 leading world investors are involved in the project.

The money will focus on developing new technologies, such as better energy storage that makes more efficient and dependable use of clean power from wind and solar generation.

“Canada is proud to be a partner in this ambitious global initiative,” Trudeau said in a release.

“By working together, we will deliver real benefits for our environment while also strengthening our economy, including through the creation of more middle class jobs.”

The Liberals committed to spending $300 million annually on two clean technology innovation funds during the October election that propelled them to a majority government; the Paris pledge simply reaffirms that promise.

Saskatchewan Premier Brad Wall, who is one of five Canadian premiers on hand in Paris for the conference opening, arrived here with the stated aim of promoting carbon capture and storage technology that is being pioneered in his province.

A new coal plant goes up every 13 days in China, Wall said Monday, and India has 500 new coal-fired generating stations in the works.

“If we’re serious about climate change, doing something about greenhouse gases, Canada can actually have a big vision of contributing technology that will help clean up the transition energies like coal,” said Wall.

The conference technically got underway Sunday afternoon at a giant airbase in Le Bourget, just outside Paris, with a minute of silence for the victims of this month’s terrorist attacks in the French capital.

The leaders’ event took place Monday, with representatives of 151 countries attending two simultaneous, day-long working sessions where they each delivered short speeches before delegates got down to the laborious process of negotiating the text of a post-2020 climate framework.