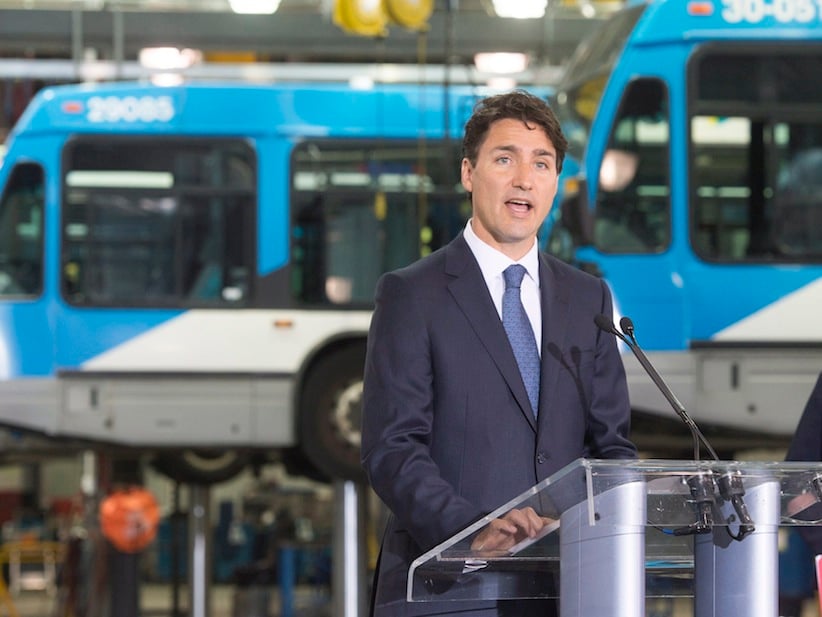 OTTAWA — Prime Minister Justin Trudeau defended Canada’s record on military spending Tuesday by pointing out that the country has consistently done more than many allies in other ways — most recently in Eastern Europe.

NATO reported this week that Canadian defence spending hit record lows last year, falling to 0.98 per cent of gross domestic product. That is less than half the two per cent target that all NATO members, including Canada, agreed to in 2014.

Asked during a press conference in Montreal on Tuesday whether he would commit to the two per cent target when he travels to Poland later this week, Trudeau instead referenced the Liberal government’s decision to have Canada lead a 1,000-strong NATO force in Eastern Europe.

“We have always stepped up well above many other NATO partners to engage, and that’s actually highlighted by our engagement around Operation Reassurance,” Trudeau said.

“We continue to be a valued and valuable partner in NATO,” he added, “and I look forward to productive discussions in Warsaw with our NATO partners about how Canada can continue to contribute to peace and security in the world.”

Trudeau will travel to the Polish capital later this week for meetings with the 27 other NATO leaders. Allied defence spending is expected to be one of the major topics of discussion, alongside the threat posed by Russia and the Islamic State of Iraq and the Levant.

All NATO countries, including Canada, agreed in 2014 to stop cutting military budgets and work towards spending two per cent of GDP on defence. The goal was intended to ensure all alliance members were doing their fair share, which includes investing enough to field a modern military.

The target has taken on added importance thanks to Russia’s own military buildup, as well as criticisms in the U.S. from senators and Republican presidential hopeful Donald Trump about some members not pulling their weight.

Obama was also seen to have gently rebuked Canada on the issue in his address to Parliament last week, saying: “As your ally and as your friend, let me say that we’ll be more secure when every NATO member, including Canada, contributes its full share to our common security.”

The alliance does estimate that Canadian defence spending will increase slightly this year, to 0.99 per cent of GDP. However, that will still leave Canada 23rd out of 28 NATO members.