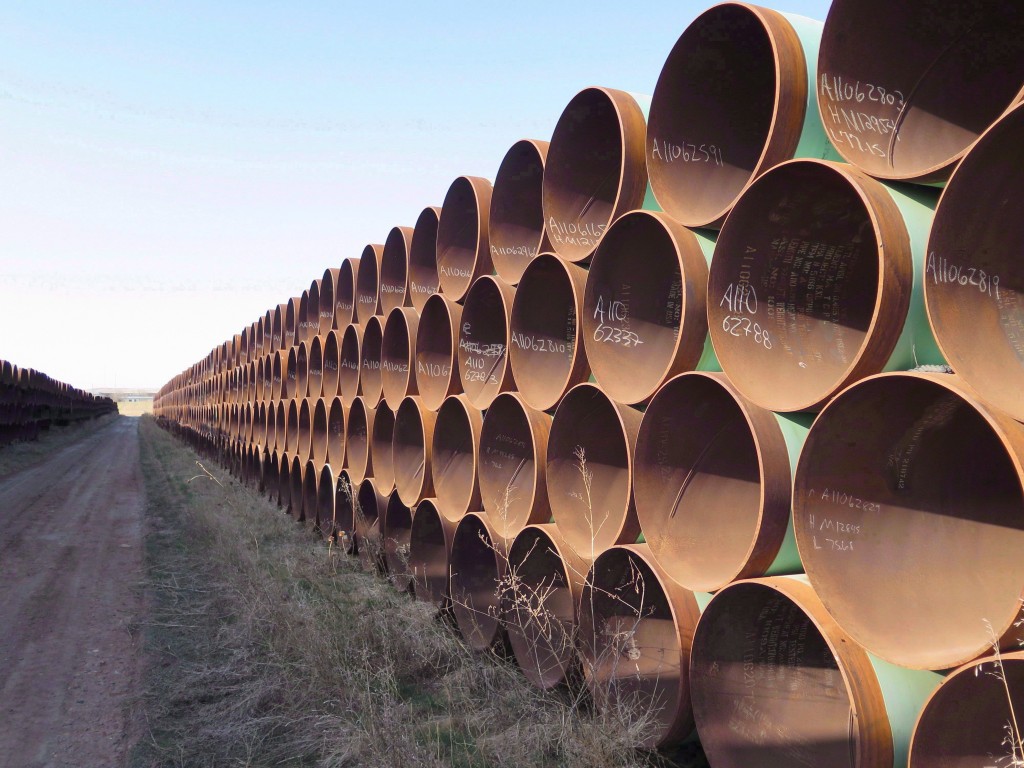 OTTAWA – The Prime Minister’s Office is welcoming a report that says the controversial Keystone XL pipeline project is exempt from President Donald Trump’s directive that all U.S. infrastructure projects be built with American steel.

But the statement from Prime Minister Justin Trudeau’s spokesman stops short of confirming that the project has been granted the exemption.

The U.S. news outlet Politico reports that Keystone XL would qualify for an exemption because it does not meet the definition of a new pipeline project.

“The Keystone XL pipeline is currently in the process of being constructed, so it does not count as a new, retrofitted, repaired or expanded pipeline,” it quotes a White House spokeswoman as saying.

When he first signed the executive order last month resurrecting the project, Trump also said he would require that all new American pipelines be built with U.S. steel.

“We have cleared the way for the construction of the Keystone and Dakota Access Pipelines — thereby creating tens of thousands of jobs — and I’ve issued a new directive that new American pipelines be made with American steel,” Trump said Tuesday during his first address to Congress.

Trudeau’s office says that “if confirmed,” the exemption would be a welcome recognition that the Canada and U.S. steel industries are deeply integrated and support jobs on both sides of the border.

Former prime minister Stephen Harper clashed with Obama over the pipeline. At one point, Harper called approving the project a “complete no-brainer,” given its potential economic impact.

At Trump’s invitation, TransCanada reapplied in January to have Keystone approved.