In the face of stunning adversity, Fort McMurray has shown us how resilient Canadians can be. A sneak peek of our special issue on Fort McMurray 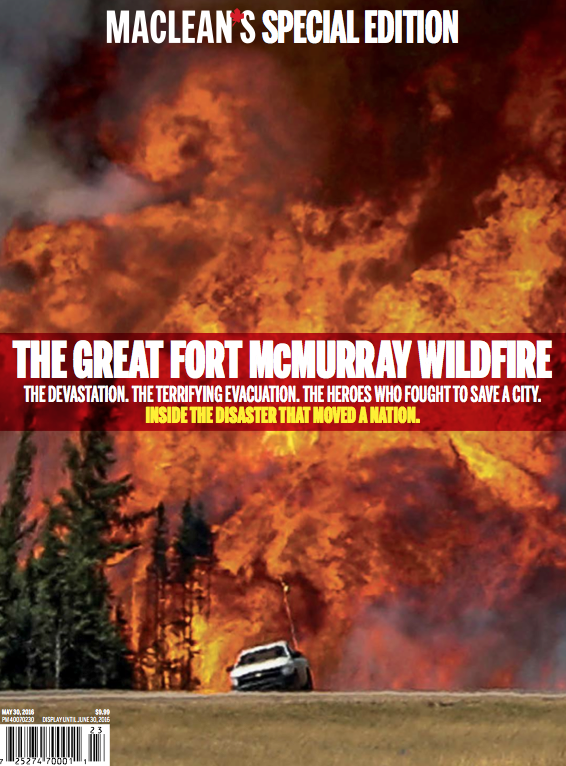 These days you hear a lot about determination in the face of adversity. Hockey players facing a tough playoff run, politicians in a budget crunch, corporations in decline. Who has grit? What does it look like?

Then every once in a while you spot the real thing. Certainly Albertans are well acquainted with the effect true adversity has on their own collective determination: it stiffens the spine, opens the eyes and extends the hand.

The wildfires of Fort McMurray, which destroyed substantial swaths of the city and forced nearly 90,000 residents from their homes, are simply the latest threat Alberta has faced. Five years ago the town of Slave Lake was attacked by flames. In 2013 downtown Calgary and the town of High River were flooded. Last year a collapse in oil prices floored the province’s economic engine. Each time residents have revealed a steely fortitude and resolve. And Canadians everywhere have responded with generosity and compassion.

Adversity comes in many forms. Economists say the Fort McMurray fire could lower Canada’s GDP growth to zero this quarter. The devastation to people’s homes, to the lives they’d build in a rugged landscape, is massive. Amazingly, a traffic accident that claimed two lives accounts for the only fatalities, though of course any loss of life is tragic. But lest we become complacent in thinking successful evacuations in the face of massive natural disasters are a modern birthright, remember 173 people were killed on a single day by bushfires in Australia just seven years ago. It could have been far worse.

And now, with the immediate risk passed, thoughts turn to the next chapter. Brian Jean is leader of Alberta’s opposition Wildrose party and represents Fort McMurray in the provincial legislature. Last year he lost his son, Michael, to a health emergency. This year he lost his home and all his possessions in the fire. Speaking to Maclean’s from inside his abandoned hometown, Jean projects that characteristic Albertan tenacity. “These things can be replaced. It’s just stuff,” he observed, mindful of his earlier loss. “We’ll rebuild better than we were before.” True grit all around.

Maclean’s will publish a special issue on the Fort McMurray fire, which will include a long feature tracking the fire from its first puff of smoke to its devastating fallout, an essay on the meaning of Fort Mac, and much more. The issue will be out on Texture by Next Issue and our Maclean’s App on Wednesday evening, and on newsstands Thursday. Read our web FAQ on the fire here.