True North refugees: Where 25,000 Syrians have settled in Canada

Canada has welcomed 25,000 Syrian refugees to our country. Here are their new hometowns.

Twenty-five thousand Syrian refugees boarded airplanes, landed in Canada, and found their way to adopted hometowns all over the country between Nov. 4, 2015 and Feb. 29, 2016. That first date marked the new Liberal cabinet’s swearing-in at Rideau Hall, and the second date represents the government’s revised deadline for an interim goal of resettling 25,000 Syrian refugees in Canada. Hundreds of local committees, church groups, resettlement associations and public servants, among others, rallied in a massive effort to make room for thousands of people whose lives were torn apart by war. Our interactive takes a closer look at the product of so much tireless work. (The interactive is available only on desktop.)

Below, we look a little more in-depth at several communities—but every place has a #WelcomeRefugees story. Tell us yours in the comments. 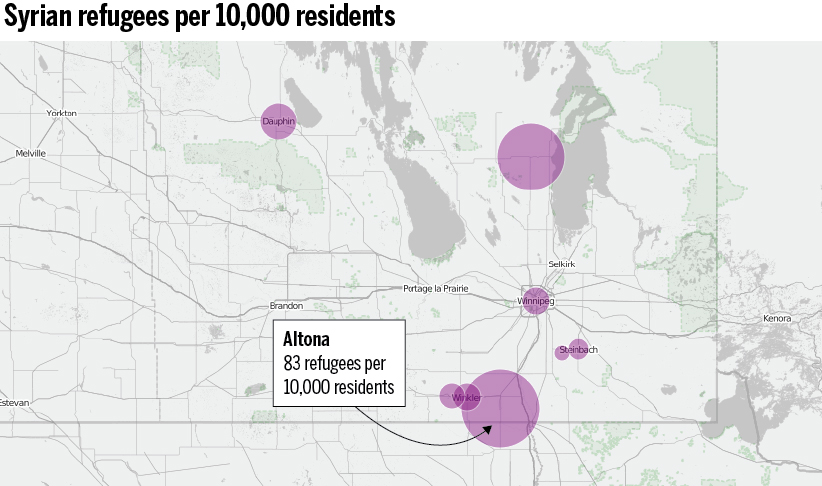 Leave it to the sunflower capital of Canada to open its arms to Syrian refugees. The modest Mennonite community of Altona, Man., population 4,123, had settled 34 refugees among its residents as of Feb. 29. The Greater Toronto Area had taken in vastly more Syrians—171 times Altona’s count!—by the same date, but few communities were more generous on a per-resident basis. 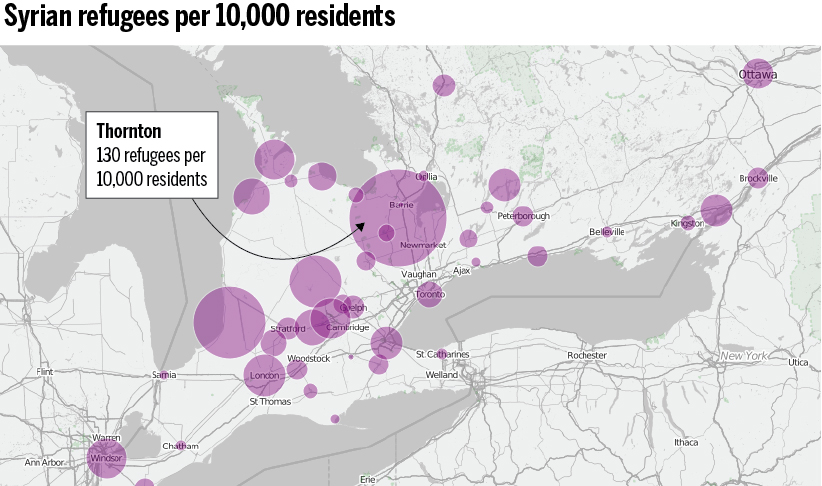 Thornton, Ont. — The little village that could

The village of Thornton, Ont., a little over an hour’s drive north of Toronto, settled 129.87 Syrian refugees per 10,000 residents—a grand total of 13, all of them privately sponsored. Of course, only about 1,000 people live in Thornton. The tiny town of Linden, Alta., population 725, made room for seven refugees. Every province has villages like Thornton and Linden, where even a single Syrian family makes a big statistical impact. 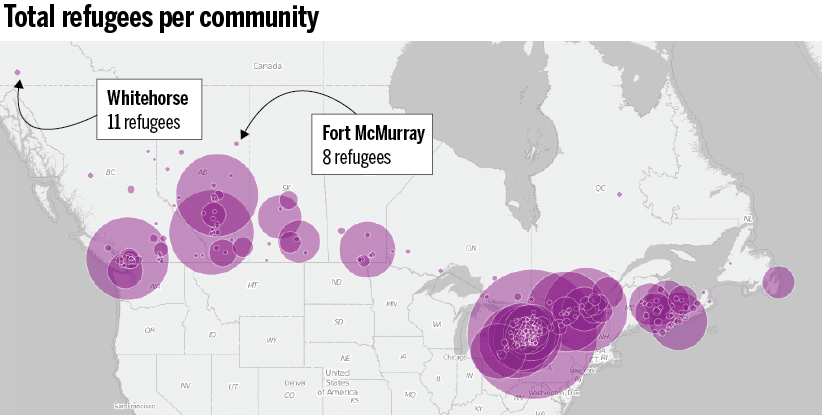 How far north are refugees venturing in their adopted country? Look up, way up, to Whitehorse. Yukon’s biggest city—population 20,562 in 2011—made space for 11 refugees as of Feb. 29. The next furthest north? Fort McMurray, smack dab in Alberta’s sputtering oil patch.

Related: Catching up with the Rajab family, home at last 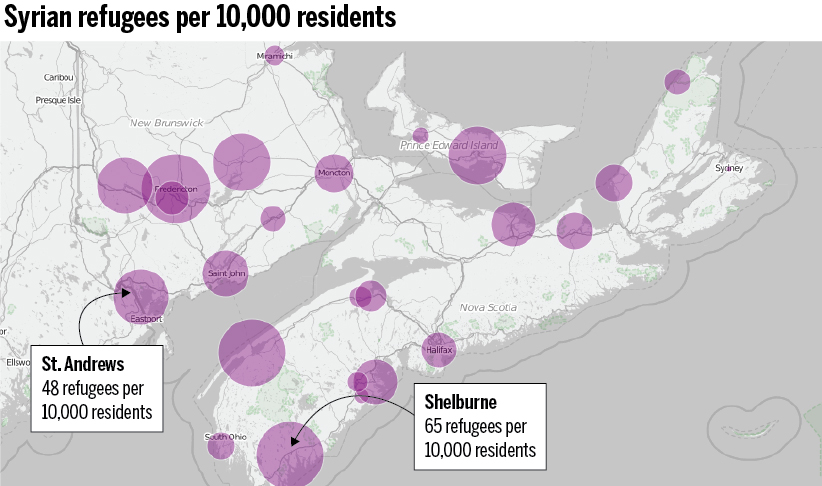 At first glance, most Maritime communities don’t appear to stand out for their refugee settlement. But the per-resident data reveals how places like Saint Andrews, N.B., and Shelburne, N.S., with only a couple thousand residents, punch above their weight. While refugees in many of the region’s largest cities are government assisted, quite a few small towns have privately sponsored every refugee so far. 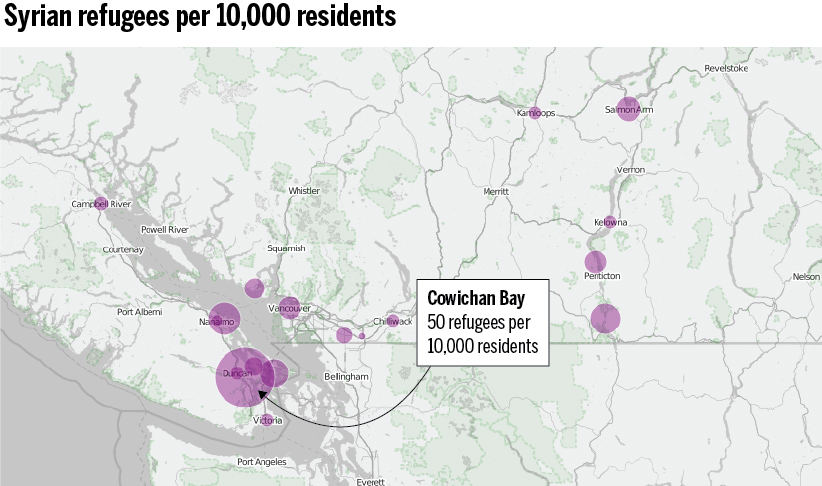 Way back in October 2015, word came that the Mill Bay Baptist Fellowship in Cowichan Bay, B.C., would sponsor a Syrian family and settle them in the Cowichan Valley. The three refugees included a woman, her nine-year-old son and her mother. Four more refugees, also privately sponsored, have since made their way to Cowichan Bay, one of several Vancouver Island communities to welcome Syrians to their neighbourhoods.