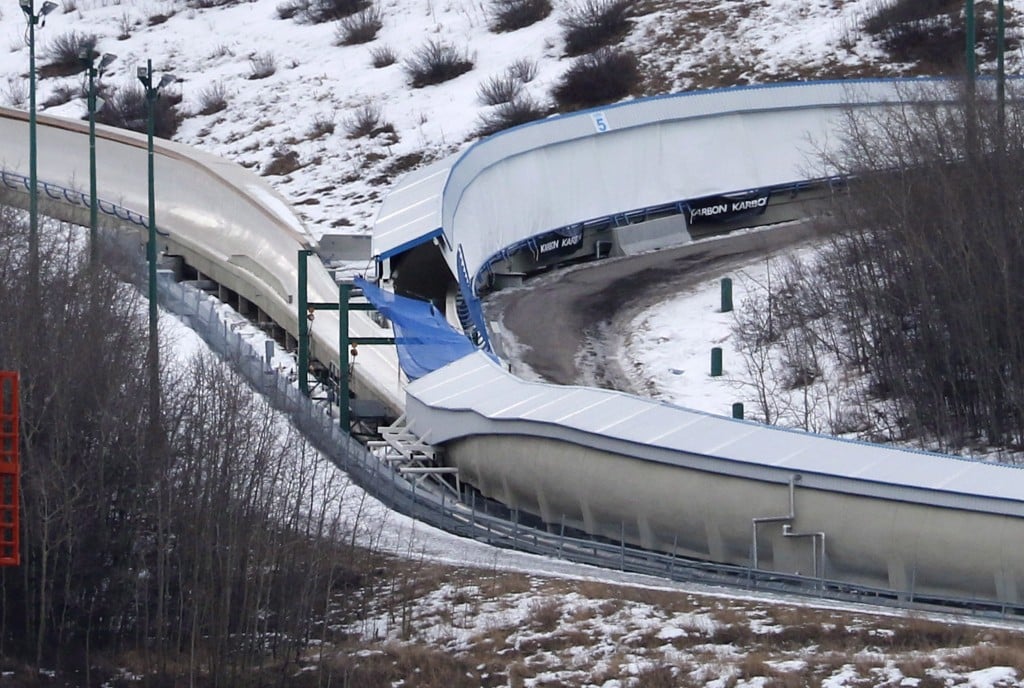 A tarp covers the intersection of the bobsled and luge tracks at Canada Olympic Park in Calgary, Alta., on Saturday, Feb. 6, 2016. An after-hours visit to a Calgary luge-bobsled track early Saturday resulted in the deaths of two young men and injuries to six others. Calgary police say emergency crews were called to the WinSport facility in northwest Calgary at 1:30 a.m. after a report of several injured people on a closed track. THE CANADIAN PRESS/Larry MacDougal

CALGARY — Twin brothers have been identified as the two young men who died during an after-hours visit to a Calgary luge-bobsled track early Saturday.

Jordan and Evan Caldwell, who were 17, were killed and six other male teens were injured while using a personal sled/toboggan to go down the bobsled track at Canada Olympic Park and hit a large gate used to separate the luge and bobsled tracks.

The Caldwell family put out a statement late Saturday evening.

“We were reminded today that life is but a vapor. Life is precious, life is fragile, and we must redeem the time we’re given,” said Jason, Shauna and Katie Caldwell.

“Our boys Jordan & Evan were bright lights to all who knew them. We are grieving their loss but confident in their new home of heaven. Our brief 17 years with them were a gift: filled with much love, laughter, and fond memories.”

“They leave a huge void and will be sorely missed.”

A family member living in the Edmonton area said the two boys had great futures.

“They were outstanding young men. They had straight-A averages and had scholarships to several universities, and they were just really fine boys. Everybody’s very perplexed how this came to be,” said the relative, who asked not to be identified and was reached before the names were officially released.

Emergency crews received a 911 call from the northwest WinSport facility at Calgary Olympic Park after a report of several injured people on a closed track.

WinSport Canada owns and operates Canada Olympic Park, which hosted events during the 1988 Winter Olympics. Several World Cup events are held at the site as well.

WinSport president and CEO Barry Heck told reporters late Saturday that as a father himself his heart goes out to the families.

He said the organization is co-operating with police and supplying CCTV footage to help determine how and why it happened.

Heck said WinSport is also going to conduct its own review but doesn’t think there’s a problem with a lack of security on the track.

“We have robust security measures throughout the park and again safety is extremely important. We have a full time security staff that we employ and when the investigation is concluded we will better understand what happened,” said Heck.

He said he doesn’t recall any previous incidents like this one where someone broke in to use the track after hours.

“I’ve heard of incidents of people coming into the park. I do not know of any incidents of anyone being on the sliding track.”