'Everybody took their eyes off the clock'

Gabriela and Sophia Rodriguez are twins born in different years 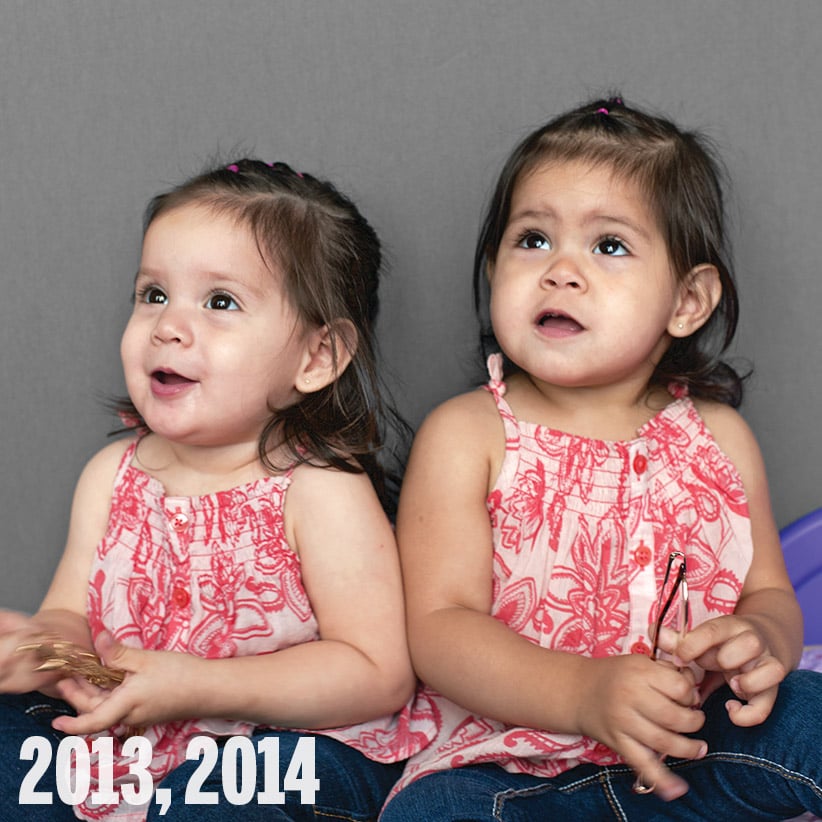 When Lindsay Salgueiro sat down for an ultrasound in the spring of 2013, mere hours after finding out she was pregnant, she was expecting a single child. “So you’re having twins?” the cheery technician asked, inadvertently breaking the news. By Lindsay’s reaction, she could tell, “Oh, so you didn’t know.”

In Lindsay’s mind, two kids meant double the diapers, double the milk and—on top of her two young boys, Jeremiah and Santiago—double the work. But when she told her Mississauga, Ont., family, they were ecstatic. “That’s when my mom told me that my great-grandmother is a twin,” she says, laughing. “Now you tell me?”

Lindsay was expecting the girls around Christmas, but they, like their brothers, didn’t arrive on time. “We never thought it was going to be New Year’s,” says Christian Rodriguez, the twins’ father. But as the end of the year approached—and as Lindsay experienced more and more pain—he began to research how to help the babies along. “I made her go up and down the stairs, exercise. Nothing would work.”

When they arrived at the hospital, Lindsay became the frontrunner in the nurses betting pool for who would have the first baby of the year. But by 11:30 p.m., she couldn’t wait any longer. The doctor delivered Gabriela at 11:52, but Sophia was in a breech position—that is, the wrong way around. “Everybody took their eyes off the clock,” Lindsay remembers. After a few minutes, the doctor managed to turn Sophia around, avoiding an emergency C-section. “She came out in a Superman pose—one fist pointed out,” Lindsay says. It was 38 seconds past midnight on Jan. 1, 2014. “I didn’t even see the time,” Christian recalls. “I just heard a lot of people saying Happy New Year, and then I heard Sophia crying.”

Born just eight minutes apart, Gabriela and Sophia share neither a birthday nor a birth year. Fittingly, the fraternal twins have entirely different personalities, too. “Sophia is very out there; she’s a risk taker,” Lindsay explains. She was the first to walk, crawl and speak, and can regularly be found on top of boxes and climbing out of her crib. “Gabriela is the contrary,” Christian says. She’s calm and cautious, following her younger sister’s lead. For the most part, they get along with each other and their older brothers, but, he adds, “when they start playing together, it gets kind of crazy.”

Despite being born in different years, Gabriela and Sophia will be allowed to enter the same school grade. If they decide to play sports, though, they’ll be sorted into different age groups.

“They get a lot of attention,” Lindsay admits. “If we’re just out and about, people gravitate toward them. I don’t say this because they’re my kids, but they’re really cute.” — Luc Rinaldi