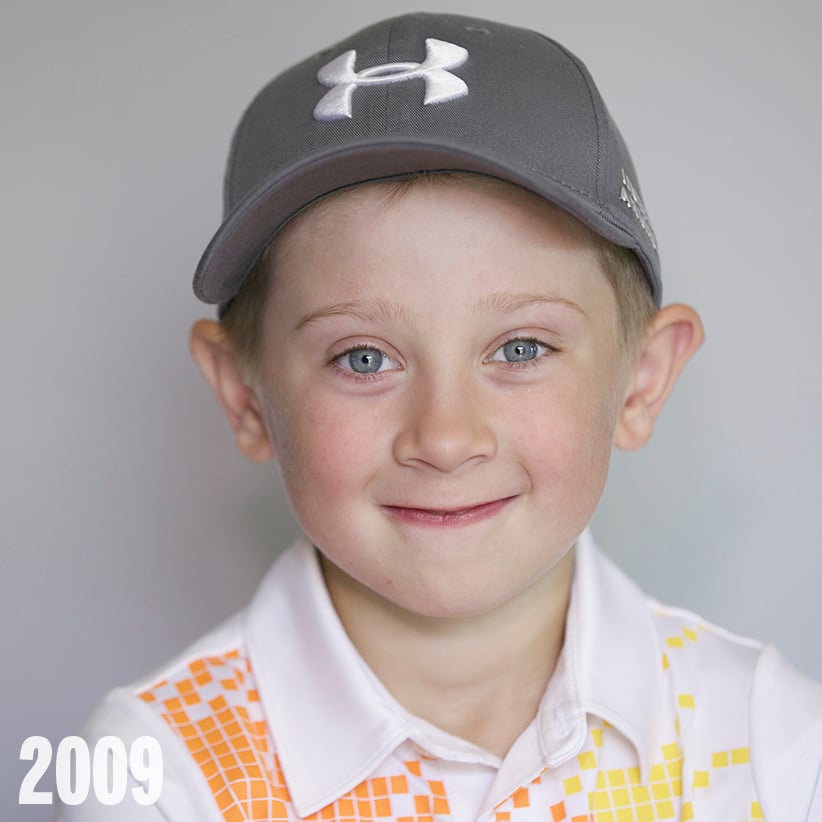 Every once in a while, when Dennis Brewster had some time to kill, the father of three would grab his wedge and hit a golf ball around his spacious backyard in Steinbach, Man. One day, about five years ago, his watchful two-year-old son, Ty, told him, “I want to do that, too.” So Dennis, an Internet business owner, and his wife, Tanya, a spa manager, bought their son a few plastic clubs and made little of it.

Not much later, when Tanya was potty-training Ty, she told him he should pick a book and do his business. “I remember going in one day and checking on him and, instead of the typical Thomas the Tank Engine or Curious George, he was sitting there with a soother in his mouth reading a golf magazine,” she says. That’s when she realized “there might be something more to this.”

FROM THE ARCHIVES: In 1991, high-tech miniature golf came to Canada, “Putt-Putting for profits”

There was. As a three-year-old, Ty began his mornings by getting out of bed, grabbing his milk and club and hitting a round of balls off the patio. “For one entire summer, that’s how he started his day, every day,” Tanya recalls. “With his sippy cup and his bucket of balls, usually in his pyjamas or underwear.”

After Ty watched a documentary called The Short Game, about the Junior World Golf Championships in Pinehurst, N.C., he told his dad he wanted to play in a tournament. There were none in Canada, so Dennis drove Ty down to the U.S. to compete in his first open. “He’s wanted to know when the next tournament is ever since,” Dennis says.

Ty soon adopted a more structured practice schedule, visiting the Steinbach Fly-In Golf Club every other day to knock balls down the driving range as planes take off from the neighbouring airport and skydivers freefall against the horizon. (Would Ty ever want to try that? “No!”)

Despite his early successes—he’s finished in the top three at a handful of tournaments—Ty is still shy and modest, Dennis says, but “there really is some inner drive to him.” At a competition in Minneapolis last year, Ty shot a 50—enough for a second-place finish, but not up to Ty’s standards. On the way home from the tournament, Ty stayed silent for 20 minutes before he turned to Dennis and said, “Dad, I’m done shooting 50s.”

In June 2015, Ty qualified for the Junior World Championships, the very same tournament that had sparked his interest in competing. “I was up on a roof when I got the email,” Dennis says. “I actually had to sit down for a couple of minutes. It was pretty emotional.”

Dennis realizes some people probably assume he’s one of those “crazy dads”—the type responsible for the Tiger Woods of the world. “Golf has always been his thing,” Dennis says of Ty. “But he could come to us next year and say, ‘You know what, golf just isn’t for me anymore.’ And you’d kind of just have to accept that.” — Luc Rinaldi