U.S. cyber stalker convicted after being duped by Toronto dad

This story was first published on CityNews:

A Toronto man used his daughter’s email account to dupe a man who was stalking her online and then gave police information that led to a conviction.

In January, Cliff Ford came across an email sent to his 12-year-old girl by a man who had befriended her in an online chat room.

Ford saw it as soon as it came in because he has his daughter’s email account linked to his cellphone.

“The subject line was, ‘Hey sexy,’ he told CityNews.

“I’m used to getting spam, but at the same time, something told me this wasn’t right. And when I looked, it was my daughter’s email that received that message.”

Ford figured he could use that account to elicit information from the apparent stalker and help police track him down.

“I basically took over my daughter’s profile and conversed with this guy in the chat room — as my daughter — to try and get as much information as I could,” he said.

The man replied with messages like, “I know you’re sexy. I’ve never even seen your whole body,” “It turns me on a lot now knowing you are 12″ and “I want to kiss you and hold you.”

Ford asked strategic questions and, three days later, had his full name — Nicholas Bowers — his home address, his place of work and the type of car he drove.

Knowing Bowers lived near Akron, Ohio, Ford took the information to local police in the United States, who then joined forces with Toronto police.

Const. Stuart Fleming was one of the officers tasked with continuing the investigation north of the border.

“I can only imagine what [Ford] wanted to do to this individual, and he set that aside and he took faith in the system,” Fleming said.

Fleming continued talking to Bowers online under the guise he was Ford’s preteen daughter.

With that evidence, police in Ohio’s Springfield Township and the FBI, raided Bowers’ home and caught him watching child pornography.

He was arrested on federal charges, and it was later learned the 30-year-old man was the key player in a local pedophilia ring. 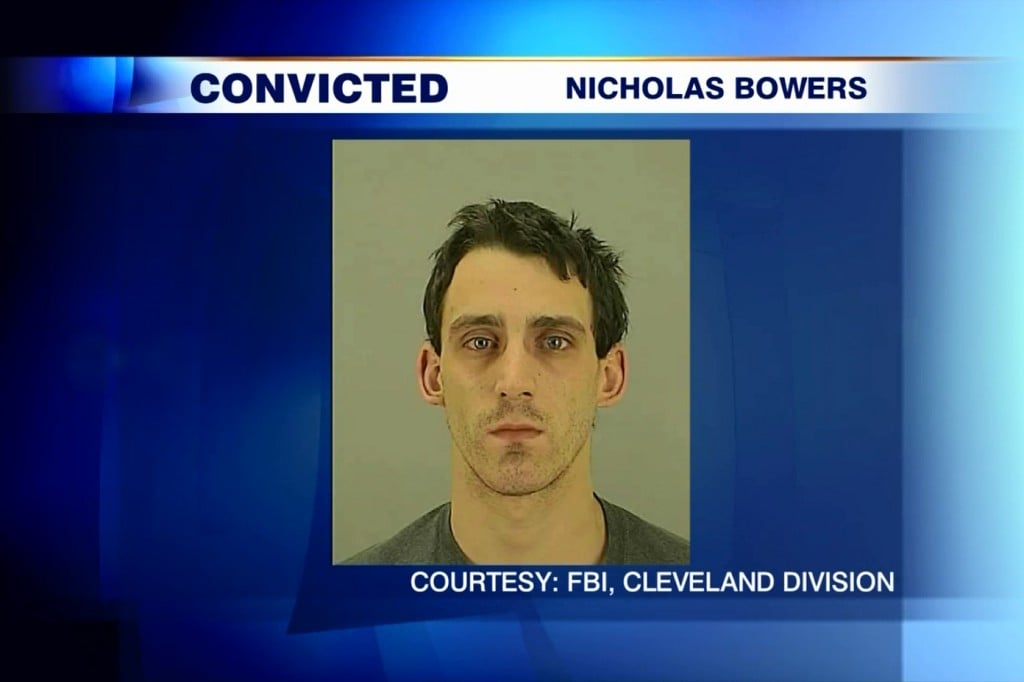 “Attentive parents and swift law enforcement action has ensured that Mr. Bowers will not be trolling for minors on the Internet,” FBI special agent Stephen D. Anthony said in a statement at the time.

“Preying on our most precious commodity, our children, will not be tolerated.”

Bowers pleaded guilty and, earlier this week, a judge sentenced him to 21 years and eight months in prison.

Police said parents should take a cue from Ford and become more involved in their children’s online activity.

“Parents use the excuse, ‘Oh, we’ll give the kid a phone in case something happens,’ ” Fleming said.

“They’re actually giving them a tool to make something happen, and they have to be very careful of that.

“Sit with them, beside their computer or with their mobile device and go through it … and say, ‘Hey, who’s this person you’re talking to?’ You’re not doing it out of nosiness. You’re doing it out of keeping involved in their lives.”