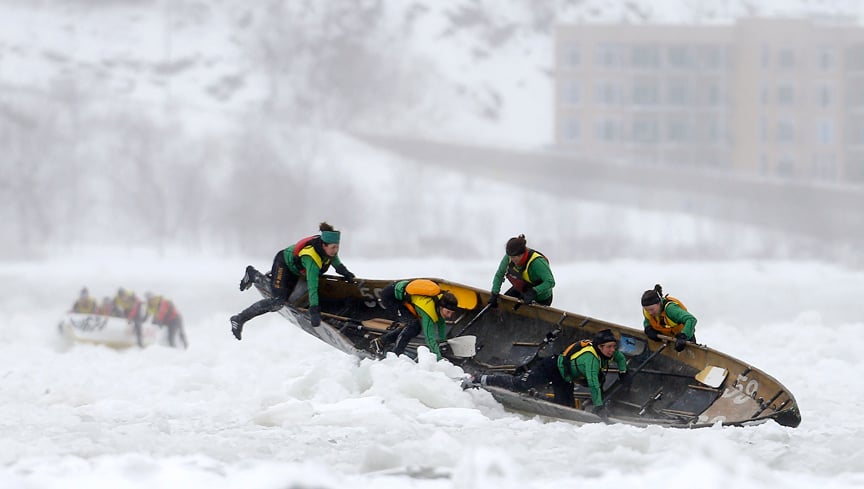 TORONTO – An American environmental group is calling on the Canadian and U.S. governments to act to safeguard the St. Lawrence River, saying the waterway which runs along the border is “slowly dying.”

The group, American Rivers, has placed the St. Lawrence River on its annual list of the most endangered rivers in America and says “harmful” dam operations are threatening fish, wildlife and local communities.

The group notes that the river did not land on its endangered list because of pollution. Rather, the operation of a key dam is at the core of its concerns.

American Rivers explains that water levels of Lake Ontario and the St. Lawrence River are largely regulated by the Moses-Saunders Hydropower Dam, which it says operates under an outdated management strategy developed in the 1950s that has little regard for the environment.

The strategy does not allow for natural variability in water levels that are essential to maintaining the river’s health, the group says, leading to a loss of biodiversity in certain areas and a decline in certain fish and water bird species.

“The Moses-Saunders dam has been harming the river system ever since it was built,” said Thapaliya. “There’s a lot of stuff that’s going on that could be improved.”

A new management strategy already exists, Thapaliya notes, and just needs to be enacted by the U.S. and Canadian government.

That strategy — called Plan 2014 — was put together by the International Joint Commission, which was established by the U.S. and Canada to deal with issues relating to boundary waters, and was presented to both government in June 2014.

The plan is designed to allow for more natural variations of water levels in Lake Ontario and the St. Lawrence River in order to restore ecosystem health.

“The approval of Plan 2014 by the government of U.S. and Canada would lead us on a path to recovery,” said Thapaliya. “The solution is very simple.”

The group is hoping the plan will be approved this year before a change in administration in the U.S. could create further delays, Thapaliya said.

A spokeswoman with Global Affairs said the Canadian government is studying Plan 2014.

“Discussions between Canada and the U.S. on the IJC’s recommendations will intensify once both governments have completed their required internal consultations,” said Tania Assaly.

“The two governments will then work toward a consensus view to be conveyed to the IJC. ”

The St. Lawrence links the Atlantic Ocean with the Great Lakes.

According to Environment Canada, more than 30 million Americans and 15 million Canadians live in the St. Lawrence basin.