U.S. Somali community understands refugee desire to get to Canada

'Sometimes when you're left with no options,' says executive director of the Confederation of Somali Community in Minnesota 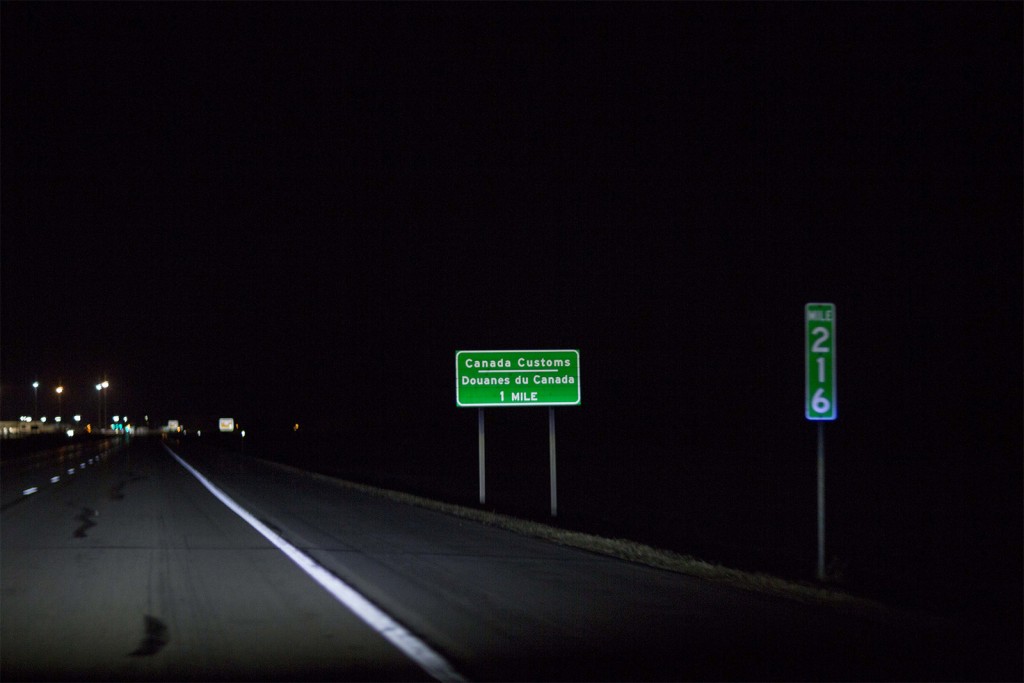 Heading toward Canada from Pembina, North Dakoka, where refugees get dropped off by cab drivers from Grand Forks, North Dakota. (Photograph by Nick Iwanyshyn)

MINNEAPOLIS – Members of the largest Somali community in the United States say they’re not surprised to see a growing number of asylum seekers braving the elements to illicitly enter Canada.

They say it’s a symptom of the contrast between President Donald Trump’s hardline views on immigration and Prime Minister Justin Trudeau’s welcoming tone.

“Sometimes when you’re left with no options and you’re looking for a better life for yourself, people do take risks,” said Mohamud Noor, executive director of the Confederation of Somali Community in Minnesota.

“It will increase rather than decrease … This is not going to reduce.”

When asked what they thought of the man on the screen, many of the men gathered around shook their heads or scoffed.

Quizzed on their views on Canada, however, and many heaped praise on Trudeau and pointed out that his immigration minister, Ahmed Hussen, was once a Somali refugee.

“We know a lot of good things about Canadian people,” said Mahamed Cali, who runs a local Somali-language radio station. “We like the prime minister of Canada, his generosity, and also Canadian people, how they open arms for everybody.”

Police have found dozens of people wandering the snowy prairie around the border town of Emerson, Man., in recent weeks, mostly from Somalia, Ghana and other African countries.

The Canada-U.S. Safe Third Country Agreement requires people to apply for asylum in the first country of arrival. If they have already applied as a refugee in the U.S. before showing up at a border port in Canada, and have no blood relatives here, they are turned away. But if a person crosses into Canada somewhere else and applies as a refugee, the case is heard by Canadian authorities.

The Canadian government has so far resisted pressure since Trump’s election to repeal the agreement.

Although there’s nothing new about people skirting official border crossings to get into Canada, more people are resorting to this option in the Trump era, said Noor.

Often travellers will arrange rides in Minneapolis and get dropped off hours later near the border in North Dakota, where drivers tell them “goodbye and good luck,” he said

The Minnesota State Demographic Center says the state is home to almost one-third of the total U.S. Somali population. As of 2015, as many as 65,000 were born in the East African country or had parents from there. People in the community cite higher numbers.

Many were jolted by comments Trump made at a Minneapolis campaign rally two days before the November election. He told supporters the state had “suffered enough” from bringing in Somali refugees.

“That scared a lot of people who really wanted to vote for him in the beginning,” said Abdirizak Bihi, director of the Somali Education and Social Advocacy Center in Minneapolis.

The concern has only intensified since the administration’s attempted crackdown last month on travel from seven Muslim-majority countries, including Somalia. Though the ban has been blocked in court, there is still much confusion.

“That affected every Somali-American house,” said Cali, who came to the United States more than 20 years ago.

Nonetheless, he said, the U.S. remains the “greatest country in the world” and he hasn’t lost hope that it will remain a haven for refugees.

Lawyers with local not-for-profits have begun holding free weekly legal clinics at a community centre in a neighbourhood just outside downtown that has a big Somali population. An interfaith coalition is opening places of worship as sanctuaries.

Abdinasir Abdulahi, an immigration lawyer in Minneapolis, said there was interest in Canada as an alternative before Trump’s inauguration, and it has only picked up since then.

The contrast between the Trump administration and the Trudeau government’s “open-arm signals” has not been lost on those looking to flee strife in their homelands, said Abdulahi, who practised law in Ethiopia before moving to the U.S. two decades ago.

“I think the rumour and word of mouth has spread around the community that Canada is a viable alternative to go.”