Unqualified consultant, or helping hand? Duffy pal back on the stand 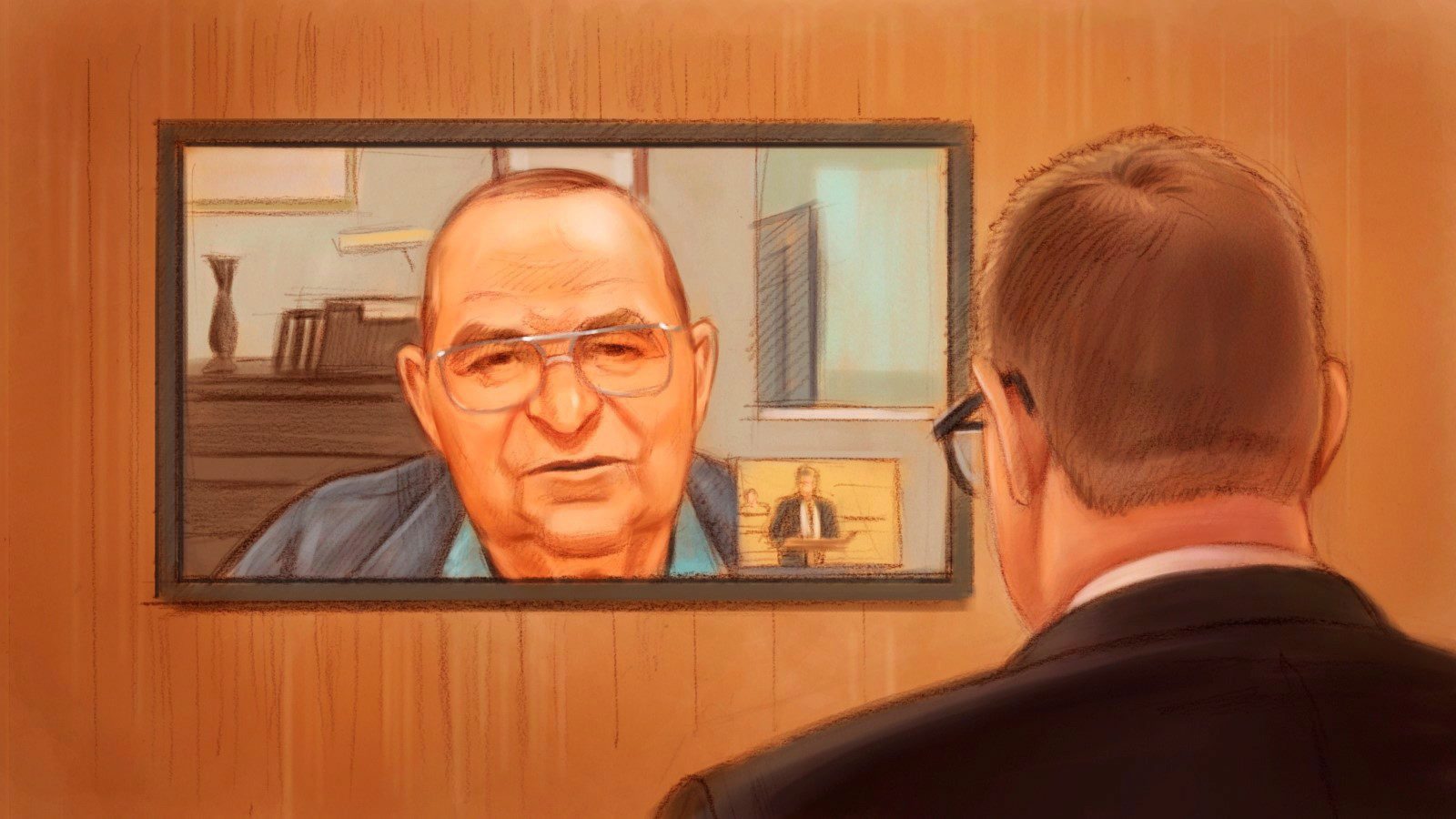 OTTAWA – Was Gerald Donohue an unqualified consultant who made roughly $20,000 for using Google, talking to Sen. Mike Duffy on the phone and cutting cheques to sub-contractors?

Or was the ailing Ottawa-area man a well-meaning, highly experienced former union and broadcasting executive who was executing legitimate Senate contracts?

Those are the two pictures emerging at Duffy’s fraud, breach of trust and bribery trial, which has waited seven months to hear the details of the unusual Senate contracts with Donohue.

He suffers from failing kidneys, heart failure and diabetes and can only testify for a few hours a day, a few times a week, via video link. This delayed his appearance several times over the course of the trial.

But there were a few very odd things about the contracts. For one, the money went to two companies owned by Donohue’s wife — he was never an employee of the firms, nor did he ever have cheque signing authority.

More importantly for this trial, Donohue paid out tens of thousands of dollars to service providers who did work for Duffy — such as a makeup artist, speech writers and an intern.

Donohue testified that his company kept between $19,000 and $22,000 — he wasn’t exactly sure of the amount. He said he did some research on the Internet on the aging population for Duffy and would give the senator his opinion on things like website content and the proper length of a speech. He never set foot on Parliament Hill.

Donohue sometimes had only vague recollections of why he signed cheques to others at Duffy’s behest.

Prosecutor Mark Holmes took Donohue through a series of payments, such as the one made to personal trainer Mike Croskery. He was paid more than $10,000 for consulting services.

“This first invoice that came in was signed or initialled by Duffy instructing me to pay it and that’s the extent of what I remember,” Donohue said.

Was he familiar with Croskery?

“Never met the man, wouldn’t know him if I fell over him,” Donohue responded.

The defence has taken the position that Duffy’s way of handing out Senate contracts might have been unorthodox, but was not criminal — all the firms and individuals involved performed services that were for real Senate business.

Defence lawyer Donald Bayne began his cross-examination of Donohue Monday, first beginning with a long series questions on his health — emphasizing that years of treatments and medication have impacted the man’s memory.

“I’d like to say that my memory issue was not a big issue until I had the kidney (problems), but a lot of what’s transpired in the last two or three years had an affect on me emotionally, which has affected my memory,” Donohue testified.

Bayne then asked Donohue to describe his professional life in detail, from his years as an international representative and regional director with the National Association of Broadcasting Employees and Technicians.

It equated to just shy of 30 years in collective bargaining and arbitration, Bayne noted, before the court adjourned for the day.

The trial is scheduled to resume Wednesday with testimony from independent Liberal Sen. George Furey, who sits on the steering committee of the powerful Senate internal economy committee.

Donohue is to return to the stand on Thursday afternoon.