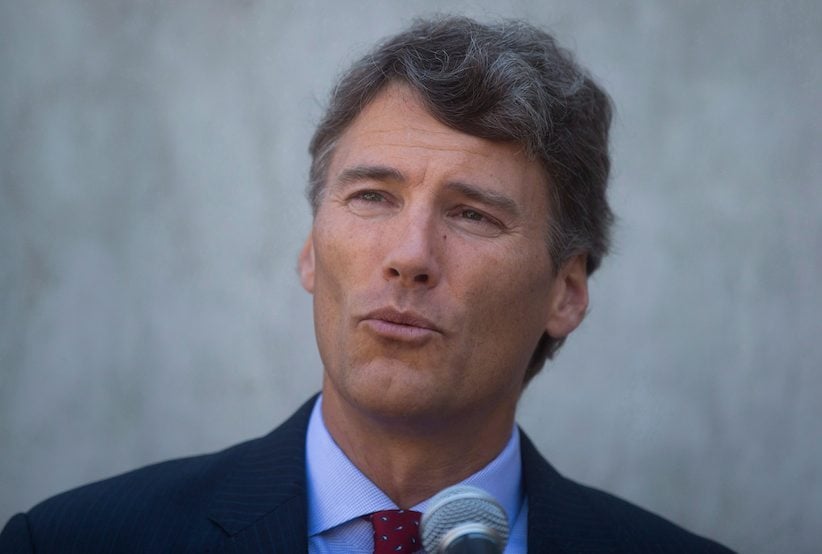 Vancouver Mayor Gregor Robertson is urging a developer to drop Donald Trump’s name from a downtown tower project, saying the U.S. presidential hopeful’s “hateful positions” have no place in the city.

Robertson has sent a passionate letter to the Holborn Group, which is building the 63-storey Trump International Hotel and Tower on West Georgia Street.

“As mayor, I’m proud that Vancouver is known throughout the world for our steadfast commitment to diversity, equality and freedom from discrimination and hatred,” he wrote.

“In contrast, Donald Trump’s hateful positions and commentary remind us all of much darker times in our world’s past — and it is incumbent on all of us to forcefully challenge hatred in all of the ways it confronts us.”

Trump has made a number of anti-immigrant statements since announcing his intention to seek the Republican nomination. But his recent call to ban all Muslims from entering the United States has sparked widespread condemnation.

Prime Minister Justin Trudeau, while not mentioning Trump by name, condemned his politics of fear, intolerance and hateful rhetoric on Wednesday.

In his letter, Robertson referenced a petition signed by more than 50,000 people asking that the businessman’s name be removed from the Vancouver tower.

City councillor Kerry Jang has also called on the developer to ditch the Trump brand.

“It is their belief, and my belief, that Trump’s name and brand have no more place on Vancouver’s skyline than his ignorant ideas have in the modern world,” Robertson said.

Robertson told reporters that he has asked acting city manager Sadhu Johnston to see if council has any power to change the name if the developer doesn’t take action, though he noted the city lacked any “obvious tools.”

The Holborn Group did not immediately respond to a request for comment.

Trump visited the city in 2013 to help announce the $360-million project.

The Trump Organization said at the time that it was lending its brand power and operating the tower, but that the family would not be investing in the development.

The tower was set to be completed next fall. It would become the second Trump International Hotel and Tower in Canada after the one in Toronto.

There have also been calls to rename the Toronto building, including from Coun. Josh Matlow, who tweeted that the city is “diverse and respectful”, but Trump is a “fascist.”

She pointed to B.C.’s warm welcome of 3,500 Syrian refugees as being at odds with Trump’s policies.

“This is a decision for the developer and the city to come to. My view is Donald Trump doesn’t represent our city,” she said.

“If I was in business, I would probably be taking the bet that maybe Donald Trump wouldn’t be good business in Canada for quite a while longer.”