Charlie Gillis and Emma Teitel on Rob Ford, his nation and a story that keeps getting worse 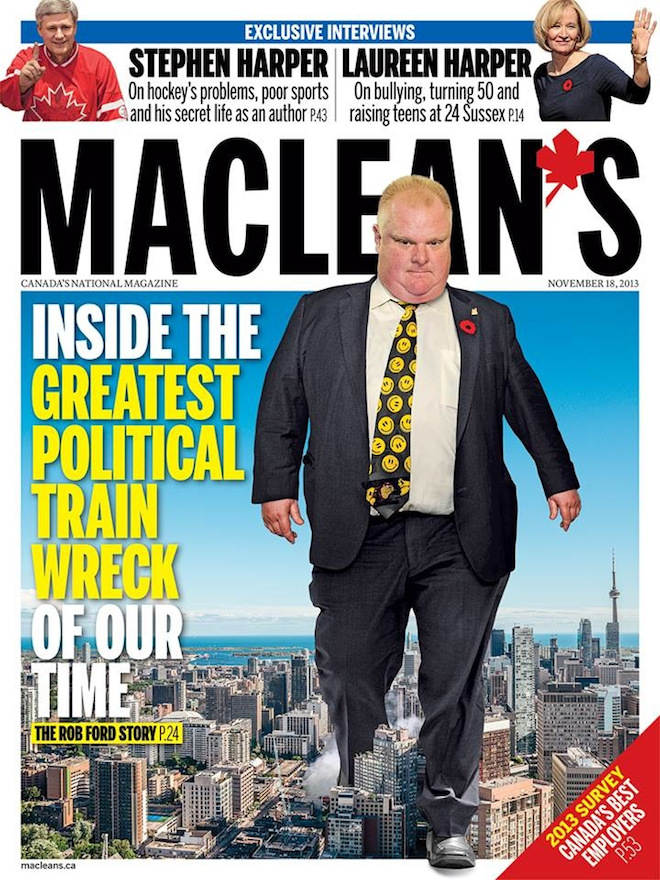 In the latest issue of Maclean’s, now on stands, Charlie Gillis explains why Toronto’s mayor just won’t go away. “Far from being scared off by the mayor’s apparent excesses, countless Ford supporters have voiced hope over the last few days that the mayor will stay in office,” Gillis writes. “Many speak darkly of a media conspiracy against him, while others say reporters and police should stay out of the man’s personal life.” We’ll have that story on the site in the coming days.

In the same issue, columnist Emma Teitel also writes of Ford. “I’m embarrassed to live in Toronto right now not because our mayor—the same mayor who in 2005 suggested drug addicts ‘dry out’ in prison—allegedly hangs out with gang bangers and admits to smoking crack, but because he gets away with it.” You can read her column here.

In this video, Gillis and Teitel take on some of the questions swirling around this story as it continues to evolve: