The Calgary Women's Shelter is reporting a threefold rise in calls 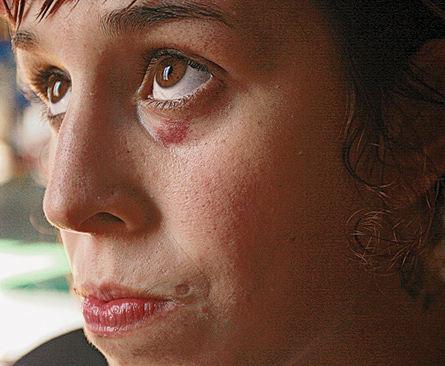 So far, the fallout of Canada’s recession has been largely confined to job loss and devastated finances. But women’s shelters across the country are starting to see financial woes spilling over into violence, as reports of domestic abuse rise.

The Calgary Women’s Emergency Shelter has seen one of the largest jumps, with the number of phone calls to its helpline tripling in February, compared to the year before. Its counsellors say the economy is often cited as a contributing factor. “We’ve never seen anything like this,” says Lisa Falkowsky, the shelter’s executive director.

“The abuse is intensifying,” says Falkowsky. “We’ve always known there are economic links to the way people respond to stress. There’s an increase in drug and alcohol abuse.” She says that space is getting so tight that her shelter is having to house women in hotel rooms, but she adds that they would never turn anyone away.

Nationwide statistics on domestic violence have yet to be compiled for this year—but studies have shown that rising unemployment can cause an increase in spousal abuse. In particular, a 2004 study by the U.S. Department of Justice found “a strong link between intimate violence and the economic well-being of couples and the communities in which they live.”