Wade MacLauchlan set to be next P.E.I. premier 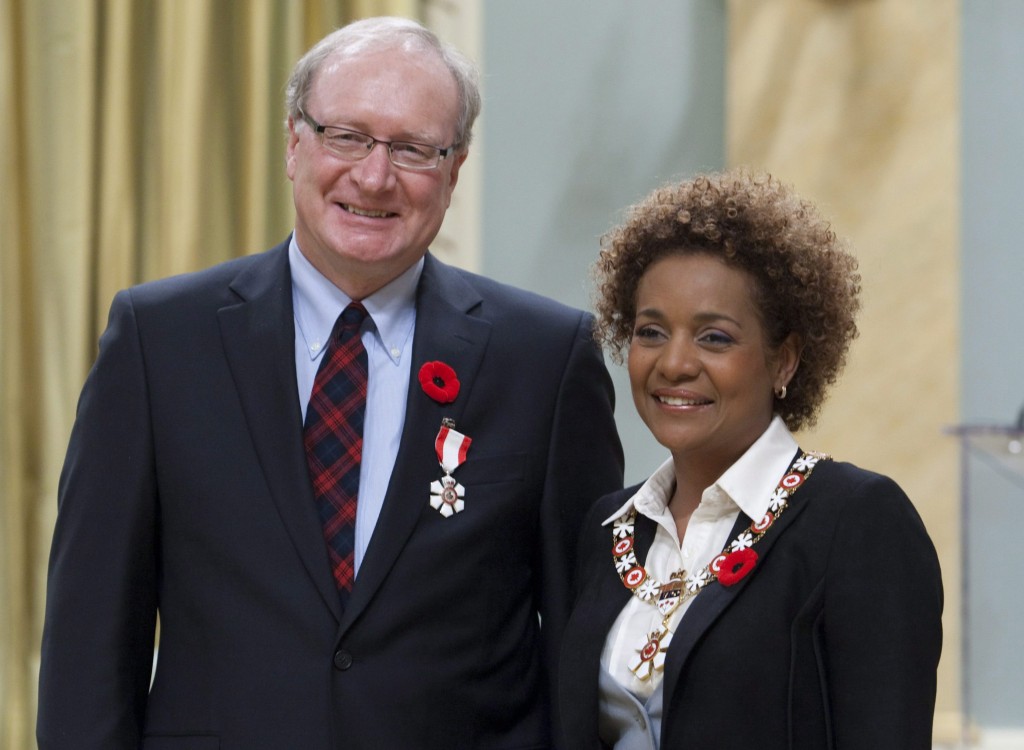 Wade MacLauchlan, left, is invested into the Order of Canada in 2009 by then-governor-general Michaelle Jean. (Adrian Wyld/The Canadian Press)

CHARLOTTETOWN – Wade MacLauchlan, a former president of the University of Prince Edward Island, is set to become P.E.I.’s next premier after he was the only nominee for the leadership of the governing provincial Liberals.

The nomination period for Liberal leadership candidates closed Tuesday and MacLauchlan was the sole contender. He will be acclaimed leader at a party convention next month and become the premier-designate.

“This is a big milestone to be one step closer to becoming premier,” MacLauchlan said in a statement.

“Islanders believe that it is time to do politics differently: they want us to move beyond small differences, they want us to respect one another and work together for the betterment of the province.”

He said he is holding public roundtables across the province to help develop the Liberal platform ahead of the next election.

MacLauchlan declared his candidacy in November, shortly after Robert Ghiz announced he was stepping down as premier. Ghiz has served in the position since 2007.

The leadership convention is scheduled for Feb. 20-21 at the Prince Edward Island Convention Centre in Charlottetown.

MacLauchlan served as university president from 1999 to 2011, was elected to the North Shore Community Council and has served on the board of the Federation of Prince Edward Island Municipalities.

Last year, he wrote a book on the life of P.E.I.’s longest-serving premier, Alex B. Campbell.