After the obituary, the Mounties called off the chase 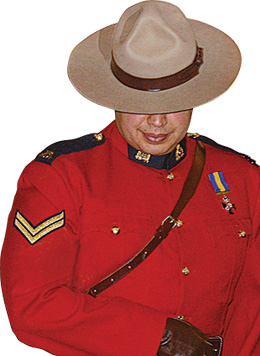 A Halifax man, alleged to have faked his own death to escape charges of sexually assaulting a young girl, has turned up very much alive in a B.C. provincial courthouse.

In March, Jeremy Daniel Oakley, 37, will finally stand trial for sexual assault and sexual interference with a person under 16. He was arrested near Peggy’s Cove, N.S., this summer as the result of an unrelated child pornography investigation. It wasn’t until he was fingerprinted that police realized he was a previously wanted suspect who had been presumed dead. His case is raising troubling questions about how RCMP officers were duped—not by a death certificate or hard evidence confirming Oakley’s death—but by an obituary that ran in a Halifax newspaper.

In July 2004, Oakley was arrested in Nova Scotia for sexually assaulting a nine-year-old Nanaimo girl. He was returned to B.C., where a judge released him on bail. Less than three months later, the Halifax Chronicle-Herald ran an obituary stating that Oakley had “passed away suddenly in Toronto as a result of a motor vehicle accident.” The obituary also said that he was “survived by his wife and four children,” and that “at the request of the family” the funeral would be held in Vancouver at “a date yet to be determined.”

The RCMP appear to have bought the ruse hook, line and sinker: Mounties listed Oakley as deceased on the nationwide Canadian Police Information Centre computer, and the Nanaimo regional Crown abated the charges against him. It wasn’t until this spring, when Oakley was arrested for allegedly using the Internet to share a video on how to sexually abuse children, that the RCMP became aware that the wanted man they’d given up for dead was still alive and at large.

Oakley will now face charges for both possessing child pornography and the earlier assault charge. “The girl—now 14 and living in Ontario—still has a vivid memory of the event, and is fully willing to testify,” says Gary O’Brien, a spokesperson for the Nanaimo RCMP.