Was Jane Doe the bait?

He exposed her to HIV, and police and Public Health, she claims, knew. Now she’s suing them. 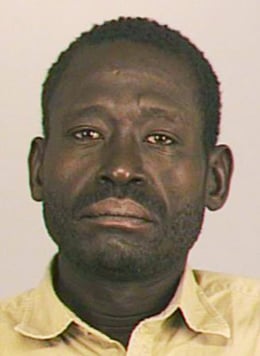 Her name is covered by a publication ban, but it waits on the witness list of Regina vs. Johnson Aziga like a ticking bomb. “Jane Doe” is the last woman known to have slept with Aziga, a man on trial in Hamilton, Ont., for allegedly killing two women and endangering the lives of nine others by knowingly exposing them to HIV. Sometime in the next few weeks, Doe is expected to take the stand as the Crown tries to pin first-degree murder on Aziga, in a prosecution that has been denounced by some AIDS advocates as an attempt to “criminalize” HIV.

It promises to be a dramatic moment, in part because Doe wants to do a lot more than put her ex-boyfriend behind bars. In January, the 34-year-old from Brantford, Ont., filed a civil suit against a raft of public officials and institutions, from Hamilton Public Health Services to the police officers who investigated Aziga for murder. In it, she accused them of negligence and breach of duty for sitting by as she walked headlong into the disease that will hasten the end of her life. The specifics of her claim are damning in the extreme: after seven years of keeping tabs on Aziga; after learning he was having unprotected sex with numerous women without disclosing he was HIV-positive; after obtaining court orders to stop him from doing so; after placing him under police surveillance for weeks during which she dated him, the authorities simply left her to become infected.

The allegations are not yet proven, and the city, the health unit and the police say they intend to defend themselves. Still, the case underscores how nearly 25 years after researchers identified the virus that causes AIDS, authorities seem no better fixed to stop someone who is recklessly spreading it before lives are needlessly lost. No less than 70 people have faced criminal charges in such cases since the early 1990s, according to statistics compiled by the Canadian HIV/AIDS Legal Network, most of them criminal negligence or sexual assault causing bodily harm. But the cops and prosecutors come into play only after public health officials throw up their hands, by which time others—sometimes several others—have been infected. In most provinces, public health officers have the prerogative to issue court-enforced behaviour orders, and even detain reckless individuals, notes Ryan Peck, executive director of the HIV & AIDS Legal Clinic of Ontario. “The powers are there,” he says. But at a time when authorities are hyper-aware of the stigmatization of AIDS, medical officers see court orders as a last resort. And quarantining HIV-positive people? Unheard of.

The Aziga case, in particular, unfolded as a slow-moving catastrophe. A Ugandan-born immigrant with a firm command of English, Aziga initially acted co-operatively with public health officials after being diagnosed with HIV in 1996, according to testimony heard at his criminal trial. He attended counselling sessions and kept his job as an analyst with the Ontario Attorney General’s Ministry. He appeared to understand his responsibilities under the law, agreeing to practise safe sex and to inform his partners of his HIV status.

When public health officials decided he was duping them is not yet clear: Doe’s $6-million civil claim alleges that “in or about the year 2000, [the public health service] determined that the defendant Aziga was engaging in an ongoing pattern of unprotected sexual intercourse with unsuspecting women,” and that several women in a number of communities had become infected. In October 2002, the health unit issued an administrative order under Section 22 of Ontario’s Health Protection and Promotion Act directing Aziga to wear a condom, disclose his status to sex partners and attend counselling. That month, in a phone conversation with a public health nurse, he acknowledged having unprotected sex with at least one woman without informing her of his HIV-positive status, his trial has heard. By the following April, testified Dr. Elizabeth Richardson, Hamilton’s chief medical officer of health, the department had a list of 20 names of HIV-positive women in the region who had named Aziga as a sex partner. Alarmed, officials went to court to obtain a stricter order—this time under Section 102 of the act—which would allow them to detain Aziga if he failed again to comply. But they never got around to exercising that power. Instead they called the police.

By Doe’s reckoning, this laboured, incremental process bore disastrous consequences. She didn’t meet Aziga until February 2003, her suit alleges, and for seven months carried on an intimate relationship with the charming 48-year-old not knowing he had HIV. For all of that time, public health officials were aware of the relationship, the suit claims; for at least three of those months, the police were watching his two-storey brick row house in Hamilton’s west end, where she often spent the night. At one point, in August 2003, she actually spotted officers staking out the house and approached to ask them why. “They did not advise her of the reason,” the suit says, adding, the police “were interested in arresting [him] and used her for bait.”

This is no small charge, harking as it does to the case of another Jane Doe—a woman who in the mid-1990s successfully sued the Toronto police for leaving her and other women at the mercy of a serial sex assailant known as the “Balcony Rapist.” She claimed police should have issued a public warning, something the Brantford woman says public health authorities or police in Hamilton could have done. Other questions linger: with no shortage of witnesses who said they’d slept with Aziga, why couldn’t someone simply tip Jane Doe off? Why didn’t they have the health unit contact her? Why not use their special powers under the law to quarantine him?

With the trial under way and civil proceedings pending, official explanations are scarce. Dirk Boggs, a lawyer representing the police, the public health service and the City of Hamilton, said only that Doe is “operating under a serious misapprehension of the underlying facts,” adding: “it will be clear that both the health unit and the Hamilton police response to this situation was diligent, timely and sensitive to the rights of all the individuals involved.” Yet even ardent advocates for HIV-positive people wonder how it ever went this far. Adrian Betts, acting executive director of the Hamilton AIDS Network, lays blame at the feet of public health. “The police were doing what they are trained to do,” he says. “Public Health had the ability, without involving the police, to stop him and quarantine him.” Trouble is, say other experts, that’s not how many see their roles. Richard Elliott, the executive director of the Canadian HIV/AIDS Legal Network, says many public health officials hesitate to use detention or public warnings for fear of driving HIV-positive people away from the very professionals in whom we want them to confide. “If you are seen to be breaching medical confidentiality,” he explains, “that undermines your ability to work with people with HIV and communities at risk. You don’t want to be seen as an arm of the state or the police, intervening in a coercive, privacy invading way.”

Then there’s the matter of race—a proverbial elephant in the room in the Aziga case and several like it. “They leave Africa, and they believe they’ve left [AIDS] behind,” is how one HIV advocate in Ontario describes the attitudes he’s encountered in immigrant communities where HIV is overrepresented. The man, who asked not to be identified, cites the case of Charles Ssenyonga, a London, Ont., man prosecuted during the early 1990s for infecting women with HIV. Ssenyonga, who also hailed from Uganda, repeatedly rejected the idea that he had the disease before his death in 1993, even as he received medical treatment. There are indications Aziga has lived in a similar state of denial. At his trial, Dr. Richardson, the chief medical officer of health, t
estified that Aziga “was angry about his diagnosis, that he didn’t understand how he had been infected.”

Bring in the criminal justice system, and those optics only grow worse, says Elliott: on some days, Aziga and his two lawyers are conspicuously the only black men in the sixth-floor courtroom where he is on trial. Some AIDS organizations, including Betts’s group, have set up separate outreach programs for African and Caribbean communities to press home the dangers of unsafe sex, and the importance of disclosing one’s HIV status to sex partners. “It is a very important but difficult issue,” says Peck.

If the victims seem forgotten in all this, it may be because many don’t see them as entirely innocent. Most Canadians view sexual health as a matter of personal responsibility, notes Betts, and polls show a surprising lack of empathy for those living with HIV. Still, it’s hard not to sympathize with some of the women testifying against Aziga. At least three of the women asked Aziga outright about his HIV status, and took his denials at face value, prosecutor Tim Power told the court: “He not only failed to disclose his status, but went further and lied about it.”

Jane Doe says she, too, asked Aziga in late August 2003—mere days before his arrest—and got the same answer. By then, she’d developed a rash that needed medical attention. She took an HIV test at the time but did not stop dating him. In fact, she was in bed with him the night police arrived to arrest him, according to Crown evidence. That night, police officers finally told her why they’d been following him, her suit alleges. A few days later, her HIV test came back positive. Doe has since received a letter of apology from Aziga, in which he asked for her forgiveness, her suit says. For all she knows, the public officials tasked with protecting her may feel similar regret. But with the main players promising to defend themselves vigorously, and with her health in constant peril, she will be lucky to hear them say so.