Prime Minister to Montreal participants: 'There is still a lot of work to do' 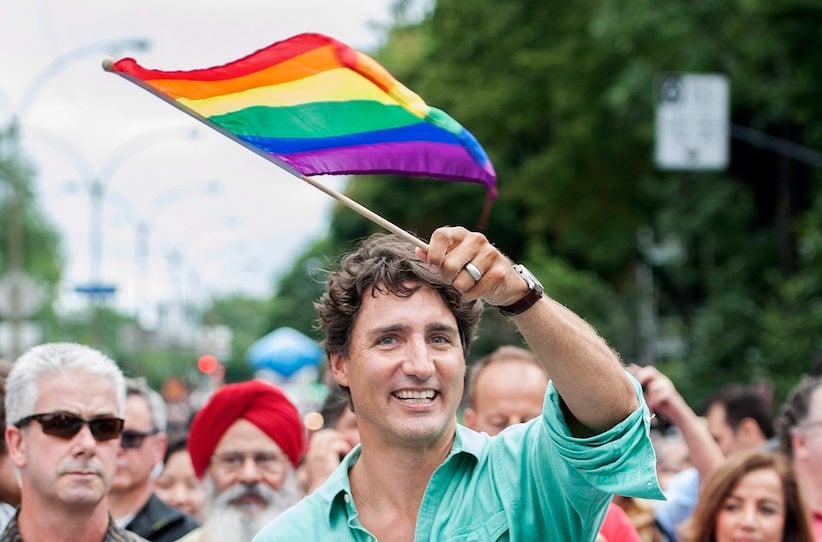 MONTREAL — Taking part in his third pride parade as prime minister on Sunday, Justin Trudeau said the world looks to Canada for leadership in the fight for universal recognition of the human rights of gay, bisexual and transgender people.

Just like in the Toronto and Vancouver parades, Trudeau became the first sitting prime minister to walk in Montreal’s pride march and was welcomed warmly by the thousands of people who came out for the festivities.

In his remarks before the march Trudeau said it’s still important for politicians to take part in pride parades because “there is still a lot of work to do.”

The governing Liberals recently introduced transgender rights legislation. The Globe and Mail reported last week the government will soon offer a formal apology on behalf of the country to people in the LGBTQ community for past state-sponsored discrimination.

“We know people look to Canada to see the example,” he said in French. “And we will continue to work hard to push the limits of what other countries do because we have to send the message that LGBTQ rights are human rights.”

U.S. actress and TV host Raven-Symone, who is an honorary co-president of this year’s parade, told reporters before the march that gay people are more than their sexuality or gender. They are educators, doctors, politicians and family, she said.

“Others try to describe our community in just two things: sex and gender,” she said. “And sadly, because of their lack of understanding, what happens in our bedroom and in our pants cast shadows on who we are as people.”

Alongside Trudeau were many provincial and municipal politicians including Premier Philippe Couillard and Montreal Mayor Denis Coderre.

NDP Leader Tom Mulcair, whose riding is located not too far away from the parade route, said reports that Trudeau will formally apologize to the gay community is an “excellent opportunity to remove the prejudice that is on the books today.”

“While apologizing, which is fair enough,” Mulcair said, “we should remove the prejudice that exists now.”