Duffy hasn't been a recluse this summer nor unwelcome in Cavendish, where politics is a second religion and his trial looms large 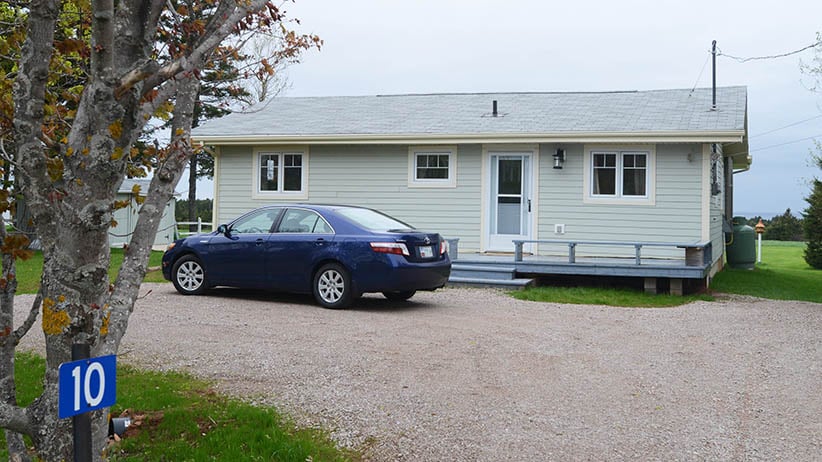 As a local history book—and the local Simpsons, McNeills and Clarks—will assert, the community of Cavendish was founded by three families 225 years ago. Those are still common surnames among the roughly 250 year-round residents of this northern Prince Edward Island hamlet made famous by Lucy Maud Montgomery and her visits to a McNeill-owned farm named Green Gables.

Drawn by the Anne lore and the beaches, Cavendish swells each summer by thousands of cottagers and tourists, substantially diversifying the pool of surnames. Among them are the Duffys of 10 Friendly Lane, perhaps the most prominent residential address of this campaign after 24 Sussex.

Islanders were suspicious from the start of Sen. Mike Duffy’s insistence that he could represent P.E.I. When word got around that the P.E.I.-born, Ottawa-based broadcaster had claimed Cavendish as his primary residence, George Clark-Dunning found out which house it was from one of the McNeills. One spring day, Clark-Dunning, a retired hotelier, left his family stead to walk past Memory Lane, G. Willikers Gift Shop and Green Gables to get to the Duffy cottage. Shopping bags covered the home’s light fixtures, a telltale sign of tourists at the end of the season, he said.

As controversy gathered around their occasional neighbour, Cavendish year-rounders learned that the senator and his wife had post-facto obtained provincial driver’s licences and health cards for the island of their supposed primary residence. “To us, it was just the birthday candles on the icing on the cake,” Clark-Dunning said.

The notoriety and criminal charges haven’t made the Old Duff a summertime recluse. Weeks before his trial resumed in August and pulled him back to his once-subsidized “secondary residence,” Duffy not only attended but spoke out with concern at a public meeting about the particularly raucous and boozy aftermath of this July’s Cavendish Beach Music Festival.

Some in Cavendish remain supporters or friends, and Islanders are too genteel to make Duffy feel unwelcome during his summer stay, Clark-Dunning said. “And there are people who are standing by him in this, definitely, so if you think he’s about to be dropped into the deep fat like a good doughnut, you just smile politely and keep your mouth shut. True gentlemen just don’t get into it.”

The Duffy trial has landed in the middle of a campaign in the middle of a riding that pays attention as almost no other. Malpeque, which encompasses Cavendish, had a 76 per cent voter turnout in 2011, second in the country behind neighbouring Cardigan. Politics is like a second religion out there, Clark-Dunning said. Like one’s church, party affiliation is often hereditary on the Island, though the Clarks and Dunnings gave him a mixed political lineage. His riding has been Liberal since 1988, though former agriculture minister Wayne Easter eked out his narrowest victory yet last time, topping the Conservative by 671 votes. In Cavendish, the Liberal won by only four votes.

Islanders may be politics junkies, and the Duffy trial may top the newscasts a bit more than elsewhere, but most voters have written off the disgraced senator, said University of Prince Edward Island political scientist Peter McKenna. “It feeds into the narrative that people don’t trust Harper, don’t like the way he conducts politics,” he said. He predicts that the 2013 reforms to Employment Insurance are more likely to stoke passions in a riding dominated by two seasonal employment types: agriculture and tourism.

Clark-Dunning said he’s been following the trial about as closely as he devours the rest of the news. Over at Captain Kidd’s Dairy Bar—where you can see 10 Friendly Lane from the back deck—kitchen manager Kevin Jay said people talk about the trial and Duffy saga occasionally. He hasn’t tuned in much, because he lacks a TV where he stays for the summer. “Last year, it was a little bigger, because there were reporters around. They were sitting out in the parking lot. It’s a lot quieter this year,” he said. He’ll have some catching up to do when he returns home to Kensington after summer season. “It makes you wonder if that was just Duffy doing this. We still need to know more.”

After the tourists depart, summer residents vacate, and seasonal employees leave Cavendish, the election signs will appear more prominently. The vote falls after Thanksgiving, when most cottages close up for the year, so don’t expect the likes of Duffy to cast a ballot in Malpeque on Oct. 19.