'We are left with hundreds of questions'

Despite two arrests, the Tori Stafford case is far from closed 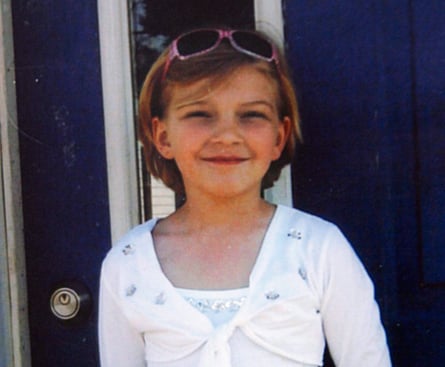 The search for eight-year-old Victoria Stafford has turned into a search for her dead body. Exactly six weeks after “Tori” vanished—last seen in a grainy surveillance video, leaving school hand-in-hand with an unidentified woman—police have charged two people in connection with her abduction and murder, extinguishing all hope that the little girl will be found alive. “We all wanted Tori back safe and sound,” said Det.-Insp. William Renton, announcing the charges at a packed press conference this afternoon. “Unfortunately, two other individuals had different agendas.”

Earlier in the day, both suspects—a 28-year-old man and an 18-year-old woman—made a brief court appearance in Woodstock, Ont., where they were formally arraigned. Michael Thomas Rafferty, who pulled his golf shirt over his face as he was escorted into the building, is charged with abduction and murder. His alleged accomplice, Terri-Lynne McClintic, faces charges of abduction and accessory to murder after the fact. A brief synopsis submitted by the Crown also reveals that Tori was murdered “on or about” April 8—the same day she went missing.

Despite the arrests, many questions remain unanswered—including the location of Tori’s remains. Renton said officers are searching in multiple locations, but would not reveal whether the suspects are co-operating with that effort. “This case is now before the courts, and it goes without saying that there is much we cannot comment on at this time,” he said. “Our focus is to examine the evidence, follow it, and allow it to take us to where Victoria is.” When asked how murder charges could be laid without a body—or even a crime scene—Renton responded this way: “Based on the information we’ve confirmed, the substance of the murder charge is valid.”

That exact information remains a heavily guarded secret. Because a trial now looms, and because the investigation is still active, police are hesitant to release even the most basic facts. Renton did say that McClintic, the female suspect, “may be familiar” with Tori’s mother, Tara McDonald, but he refused to provide further details. The veteran investigator also would not discuss how the accused are connected, how they first became suspects, or what specific evidence triggered last night’s arrests. As for what would possibly motivate someone to kidnap and murder the innocent girl, Renton was equally tight-lipped. “I cannot speak to motive,” he said. “We’re satisfied, at this point, that we have the persons responsible and we do not anticipate any other arrests at this point.”

Today’s disturbing developments signaled a tragic conclusion to a case that has gripped not only the town of Woodstock, but the entire country. For weeks, the locals—including, presumably, the two suspects—have been staring at Tori’s smiling face from the “missing person” posters plastered across the region. Her blue eyes and blond hair have been displayed on telephone poles, on storefront windows, and on car windshields, all in the hope that someone would come forward with information leading to her safe return.

Tori’s estranged parents, Rodney Stafford and Tara McDonald, were equally determined to keep the case in the spotlight—although their eagerness to face the cameras raised more than a few eyebrows. Every afternoon at 1 p.m., McDonald held a press conference in her yard, updating the media on the latest developments (some dubbed it “The Tara Show”).

McDonald has not spoken publicly since the arrests were announced. While the suspects were led into court in handcuffs, Stafford was in another part of town, dressed in a T-shirt with a picture of Tori that read: Daddy’s Little Girl. “I don’t know where to go from here,” he said.

Ron Fraser, Chief of the Oxford Community Police Service, addressed reporters before Det.-Insp. Renton. “This is certainly not the end anyone was hoping for,” he said. “There are no consoling words to offer or profound words of wisdom that can make this news easy for anyone to accept or convey. We are left with hundreds of questions that hopefully one day will be answered in our courts of law. Perhaps once we get some answers to help us figure out why someone would take the life of a beautiful young lady, we will be able to begin to rationalize or find some way to put all of this into some type of perspective. For the time being, perhaps there is some solace in knowing that because of Victoria Stafford, every child in this city—and for that matter, this entire country—will be a little safer due to the heightened awareness of the need to better protect our children.”

For now, little is known about the suspects. Michael Rafferty’s neighbours said he either lived with his mother or his parents, and people in the surrounding houses told reporters they didn’t know him well. Aaron Mabey, 20, lives next door and told The Canadian Press he saw several police officers outside the house Tuesday night around 11 p.m. He helped search for Tori in the early days after her disappearance, and said it makes him feel physically ill to know the suspect lived right next door. “When I was told, I just felt so sick.”

The London Free Press reports that Terry-Lynne McClintic is the daughter of a stripper—and was later adopted by another stripper. The information comes from McClintic’s estranged adopted father, Rob, who explains the twisted story this way: “I was living in Woodstock at the time and Carol [his wife] was a stripper. A stripper friend of hers was going to have a baby but wanted to get rid of it. Carol said she wanted the baby. So, they put my name down as the birth father and we took the baby. But I wasn’t even there for the conception or the birth.” Rob McClintic says he hasn’t seen Carol or Terry-Lynne in at least 12 years. “This is just blowing me away,” he said. “It just appalls me to hear of anyone doing anything like that to a child. My heart goes out to that little girl’s parents.”