'We're not abusive parents': Man whose son died of meningitis 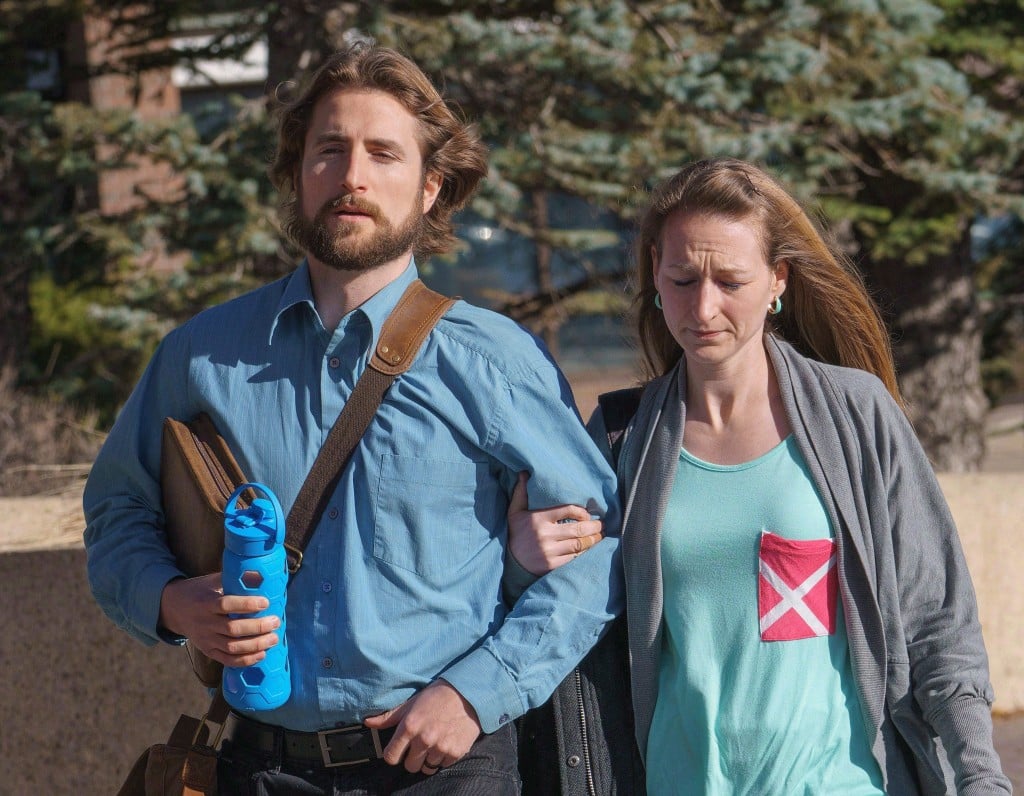 David Stephan and his wife Collet Stephan arrive at court on March 10, 2016, in Lethbridge, Alberta. The Stephans are on trial for failing to provide the necessities of life to their 19-month-old son, Ezekiel, who died in March 2012.THE CANADIAN PRESS / David Rossiter

LETHBRIDGE, Alta. – A father accused in his toddler son’s death from bacterial meningitis testified Monday that there never seemed to be a need to seek medical help because he thought his son only had the flu.

David Stephan was the first witness called by the defence in a trial he and his wife face in the death of their nearly 19-month-old boy. They are charged with failing to provide the necessaries of life.

Stephan says his wife, Collet, only mentioned the possibility of meningitis the night before Ezekiel stopped breathing and was rushed to hospital in March 2012.

“What is meningitis?” Stephan said he asked his wife.

He said many of the symptoms of meningitis overlapped with that of the flu.

“There was nothing that would indicate he was in a situation where medical intervention would be required,” Stephan told court.

“We’re not abusive parents who inflict physical harm on our children.”

His lawyer asked Stephan to recount Ezekiel’s condition each day he was ill and whether he had been taken to a doctor.

Stephan said his son started to show real improvement thanks to the herbal medications they were giving him right up until the day he went to hospital.

He also had his father come in the night before to give him a blessing.

“We prayed over him the night before,” said Stephan.

He and his wife received a grim prognosis when Ezekiel was examined at the Alberta Children’s Hospital in Calgary. An examination showed the child had undergone seizures and that there was very little brain activity.

“It was fairly bleak and (the doctor) said it was rare that a child would come out of a situation like this. They didn’t completely shatter our hope. She said there was always hope,” Stephan said.

“Even if there was an inkling of hope we were going to hold on to that.”

The Crown says the couple didn’t do enough to make sure Ezekiel received the treatment he required.

The trial in Lethbridge has already heard that the boy had been sick for about 2 1/2 weeks, and his parents gave him natural remedies and homemade smoothies containing hot pepper, ginger root, horseradish and onion.

After being taken to a local facility, Ezekiel was rushed to the Calgary hospital, where he died a week later from bacterial meningitis and a lung infection.

In earlier testimony, a pediatrician said Ezekiel had less than a one per cent chance of surviving by the time he was taken to hospital and was probably already brain dead.

Stephan said he grew alarmed after several interviews with doctors when it appeared that there was a belief he and his wife might have had something to do with their son’s condition.

“It was in regard to brain damage that had taken place … and the question was posed in such a way that I was left thinking that there was suspicion. Now we’re in a state of fear of Ezekiel possibly passing but also that (older son) Ezra will possibly be taken from us.”