What a trade war with China would do to Canada

Canada would survive a full-scale trade war with China, but it would offer a painful lesson on how much we now rely on that country 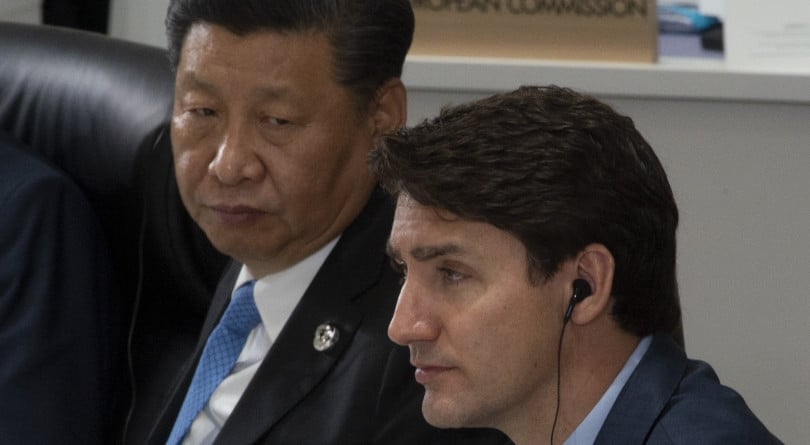 There was a time—not long ago—when Canada was pushing for “more, more, more” ties with China, as Canada’s former ambassador to that country, John McCallum, put it.

Now, China has detained two Canadians and sentenced a third to death after Meng Wanzhou, chief financial officer of Huawei Technologies and daughter of its founder, was arrested in Vancouver on a warrant from the U.S. where she is facing multiple criminal charges.

In apparent retaliation, China has also blocked Canadian canola seed imports and thrown obstacles at soybeans. This week, in its latest attack, it halted all meat imports from this country, citing falsified paperwork. Then on Thursday, Chinese fighter jets reportedly buzzed a Canadian warship in the East China Sea.

Hopes of a more intimate relationship envisioned by the likes of McCallum and former prime minister Jean Chretien have been torpedoed. The Meng case is likely to drag on for months, or even years, as some past extraditions have taken, and relations between Canada and China are likely to continue to unravel.

So, how bad could it this fast escalating spat with China get?

READ MORE: Whose side is Jean Chrétien on?

The economic fallout would not be total devastation, say experts, but it would certainly offer a painful lesson in how dependent Canada has become on its second biggest trading partner.

But what is different from U.S. trade is that Canada’s relations with China are highly asymmetrical. China sold almost $70 billion worth of goods to Canada in 2017, mostly consumer items, more than three times what Canada sold to China, mostly raw materials. China makes more money off us than we do off it.

Despite that, what China makes off Canada is a smaller portion of its $16-trillion economy than vice-versa—this country’s gross domestic product is about seven times smaller than the Asian giant’s. Translation: we need China more than it needs us.

With canola and then pork, China has been hitting Canada hard on the agriculture front. And it could continue to target that sector, experts say.

China could introduce “more concrete blockage” on soybeans, says Canada West Foundation policy analyst Sarah Pittman. Conference Board of Canada chief economist Pedro Antunes says, “We can only speculate, but if the trend continues, the next big agri-food categories are wheat (exports worth $600 million in 2019), barley (worth $516 million), lobsters ($285 million).”

The big figures are not unique to those industries. Chinese students in Canada bring in $5 billion a year for this country. China’s direct investment in Canada stood at $668 million in the first half of 2018 alone. Chinese tourism accounts for about $1.8 billion annually. Much of this could be easily curtailed by the Chinese government. Canadian tour operators catering to Chinese government visitors say their businesses have already been hurt.

To be sure, Chinese visitors form only 7 per cent of Canada’s total tourism revenue. Canadian goods to China comprise only 4 per cent of total exports. A total breakdown of relations with China may not be the end of the world.

Speaking about the potential loss of Chinese tourism, Antunes says, “It wouldn’t have an impact in terms of overall economic growth that will be noticeable.”

But what’s tolerable for the economy can be devastating for individual sectors like tourism, Antunes says. “If you’re talking about 7 per cent or 7.3 per cent of the industry revenue, it’s very important,” Antunes says. That fall in income could also ripple to industries that support the tourism sector, such as air travel.

The same goes for exports if the Chinese market is gone, says Pittman. “For some sectors, China is really relied on.” The west, with British Columbia sending 15 per cent of its products to China, could be hit particularly hard.

“It really depends on who you are,” Pittman says. “For a canola farmer in Saskatchewan, it will not be fun.”

Neither will it be for a pork producer in Manitoba. China bought $310 million worth of Canadian pork in the first quarter of the year.

But in the event of a total collapse of relations, more important than the immediate loss is the future Chinese money forsaken. China’s consumption has risen by the double digits for over a decade, and Canadian companies look to that market for expansion.

And then, there is the lesser but still bad possibility of a freezing of China’s economic inflow at current levels. From where Canada can make up that lost future growth is “a good question,” says the economist Antunes.

“We’re not totally lost without China,” he says. Canada can look to India, countries in Southeast Asia and the European Union. But it would not be easy. Indians, for example, are not as well-off. “The adjustment costs are costly,” Antunes says.

When then-Prime Minister Pierre Trudeau met China’s Mao Zedong in 1973 to re-ignite relations, few predicted the value of Chinese trade. At the end of the disastrous Cultural Revolution movement, China’s economy was miniscule.

Four years before, Trudeau told an American audience his famous “sleeping with an elephant” quote about the united states: “one is affected by every twitch and grunt.”

Trudeau likely did not expect that China would grow to become an elephant as well—a different sort, for unlike the geographically bound United States, it was an elephant that Canada chose. And now, it’s become hard to live without.