What fish have to teach the Paris climate conference

The world may find our prime minister all the rage, but it's scientists who are in vogue. And a leading one makes a compelling case against changing environmental goals 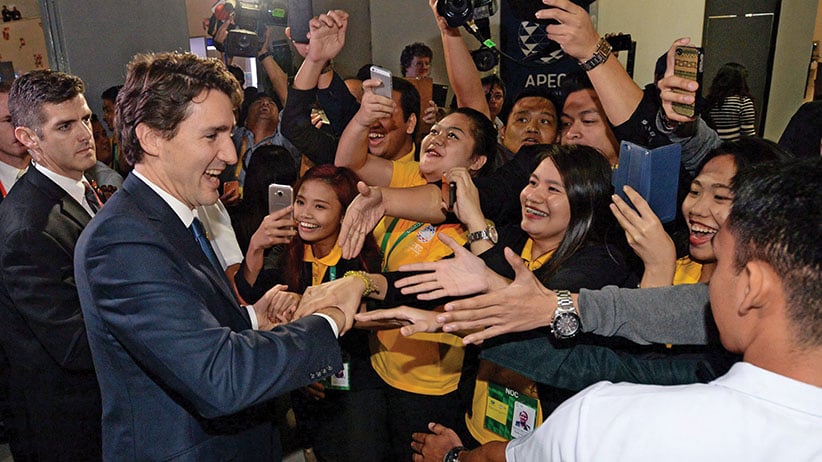 Canadian Prime Minister Justin Trudeau is greeted by crowds of hysteria as he leaves his closing press conference following the APEC Summit in Manila, Philippines on Thursday, November 19, 2015. (Sean Kilpatrick/CP)

Oh stop it, Vogue magazine. Keep your posh mitts off of Justin Trudeau. The guy is trying to run a serious G8 nation and you put him on a Sexy list? Obviously you know nothing about our country. If you did, you would have realized the hottest Canadian commodities right now are scientists, not politicians.

Yes, you heard that right. Scientists. Do not roll your eyes at earnest old Canada. This is a story straight out of Hollywood. Canadian scientists have spent a decade wearing Hannibal Lecter-sized muzzles, locked away from public sight. Unexpectedly, they have been sprung free.

When the Prime Minister and the premiers gathered in Ottawa to talk about climate change, who was the featured star? Sorry Vogue, it was not Trudeau. It was Dr. Greg Flato. Who? Oh, you didn’t know one of the senior research scientists with Environment Canada, who, I should say, sported a rather roguish goatee? Dr. Flato helped brief the premiers, then appeared at a press conference afterwards. He told Canadians that global warming is not only happening rapidly, it is caused by human activity. Flash bulbs went off. Capping greenhouse gas emissions is urgent, he said. Journalists peppered him with questions. Federal scientists just don’t say those things out loud, do they? They do now. Flato and his colleagues, who had adapted to the scientific darkness of the Harper years like naked mole rats, were almost overwhelmed by the light.

“It’s certainly not like my normal day at work,” Flato blushed when asked about his freedom to talk. “It was pretty remarkable.”

So, now that Canadian scientists are in vogue—if not in Vogue—it’s worth actually getting to know some, particularly as Trudeau gets set to lead a delegation to the United Nations’ climate conference in Paris on November 30th. 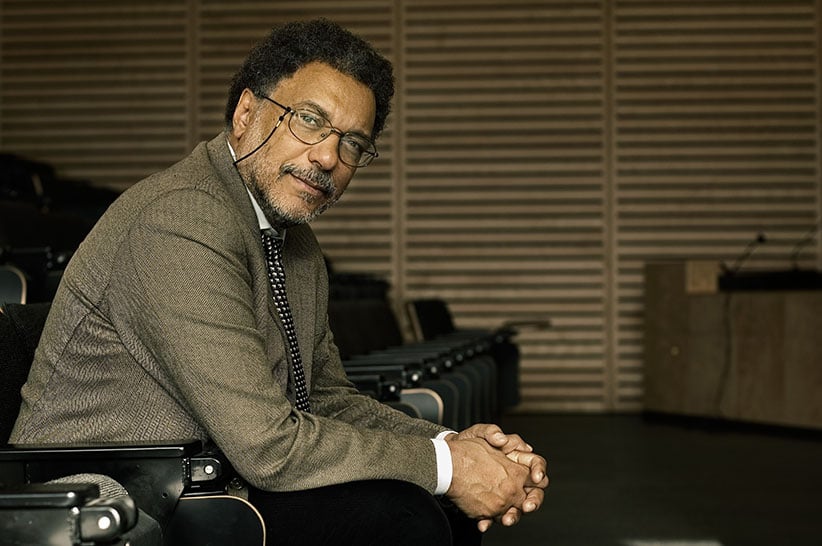 Meet Dr. Daniel Pauly, very much the man of this moment and the scientist who developed a theory that could save the entire climate conference from sliding into irrelevance.

Dr. Pauly, a professor of fisheries at the University of British Columbia, is a celebrity in the world of science. He has won almost every major environmental science award, been named by Scientific American as one of the most important scientists to watch, he’s published hundreds of papers and many books. He’s also done a TED talk worth watching. To truly appreciate why so many climate conferences have failed, you have to first understand Dr. Pauly and his fish.

Born in Paris to an African-American G.I. and a white French woman—he described it to me as “more of a union, not a family”—Pauly grew up in Switzerland. There, he was the only person of mixed race in a homogenous little Swiss town called La Chaux-de-Fonds. He never felt at home there, and so after attending university in Germany, he headed south to West Africa and Indonesia to study biology—and fish. “I consciously chose to go to places where I thought I would fit in, and look like other people,” he said. He is now a Canadian citizen.

Pauly’s itinerant personal experience—how resonant is that in the current debate about refugees, migrants and immigration?—ended up deeply informing his work. What was “normal” anyway? How could you really determine the true health of a fish population if you had no idea what it used to be like? You needed a baseline. To measure anything. The problem, Pauly realized, is there isn’t one. So in the mid 1990s he developed an idea called the shifting baseline theory.

It a simple but powerful notion that measures change by referencing a point in the past and comparing it to the present. The tricky part is, the point in the past might have already been changed from a previous point. Where was the proper baseline? Pauly wanted to measure the health of fish populations to understand the true impact of over-fishing, so he decided to use 1950 as a baseline. Compared to the present, the fish population in the 1950s was massive, and appeared healthy. The problem was, by 1950, many stocks had long been in decline. The 1950 baseline was, essentially a random starting point.

“Shifting baseline is a field that is historical,” Pauly told me. “You need to know the past in order to anchor the events in the present. But in fisheries we ended up actually quantifying the loss, and we know now that about half of the knowledge about fish who are not here anymore is lost every generation. Half!”

That means in a few generations the entire knowledge of a species can be forgotten, and then the baseline of what is healthy and normal shifts.

“This idea is so important for climate change and the conference in Paris,” Pauly says. “The changes going on are so rapid and deep, but the loss of knowledge and contextualization from one generation to another is so subtle that often strong changes cannot be perceived.”

For example, Pauly says the little Swiss town he grew up in used to have such severe winters that the snow would block all the access roads, isolating the town for up to three weeks. Those winters no longer exist. “I try to tell my kids about that but they can’t believe me.”

The baseline shifts. It’s as if the past didn’t exist. 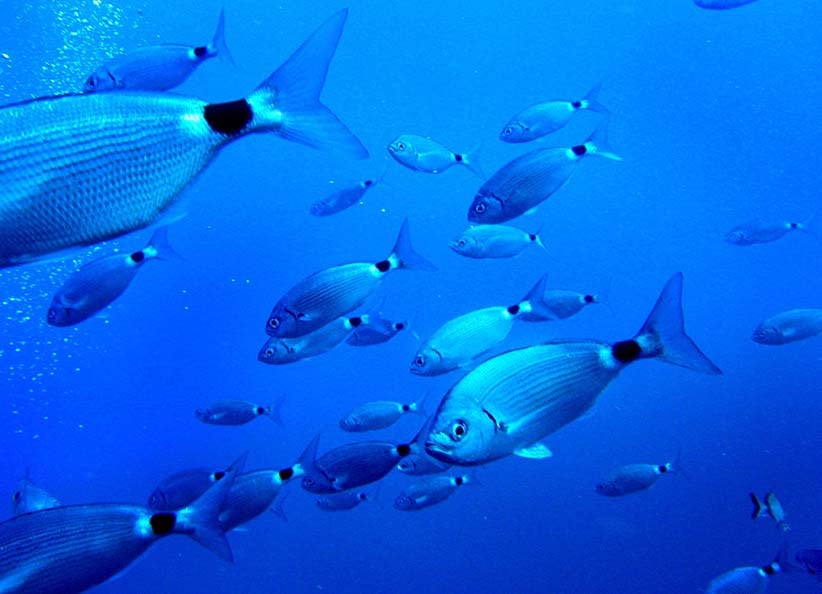 The political consequences are enormous. When the Kyoto Protocol on greenhouse gas emissions was first introduced in 1997, the goal was to stabilize emissions at 1990 levels by the year 2000. The baseline year scientists agreed on was 1990. Those targets were not met, by Liberals or by Conservatives. Year after year, conference after conference, new baselines were established. Finally, under Stephen Harper, Canada withdrew from the Kyoto protocol altogether and reset the baseline at 2005 levels. Suddenly, that was the new normal.

When Harper moved from the Kyoto targets to the non-binding targets of the 2009 Copenhagen Accord, he took lots of heat, but the trap was set. He well knew his government would never meet the Copenhagen targets. Critics howled: you must meet Copenhagen levels, they screamed. Harper smiled. No one was talking about Kyoto and 1990 anymore. It was forgotten. Instead, even critics wanted 2005 as the new normal. Baseline shifted. Mission accomplished.

So the question for Paris becomes: will a new set of targets shift the baseline even further from 1990? Will these targets be binding? Even with the U.S. and China expressing desire for change, what happens in 10 years, when some future government chooses to reset the baseline?

“Shifting baseline is also called collective amnesia, and that is not wrong,” Pauly told me. “You don’t know the loss because it was never transmitted to you properly. You forget how it was so you find the present acceptable, normal, when it is not that at all.”

I asked Pauly what’s the best way to hedge against dangerous shifting baselines.

“You have to know the past,” he said. “You have to study to know what you are losing, and what you need to really protect so you do not adapt to a false sense of normal.”

A false sense of normal. If there was ever a better way to describe the politics of climate change I haven’t heard it. In Paris, climate will be in vogue, and there will lots of sexy promises from leaders trying to look good.

But forget the political fashion show. It’s not about the hemline. It’s about the baseline.