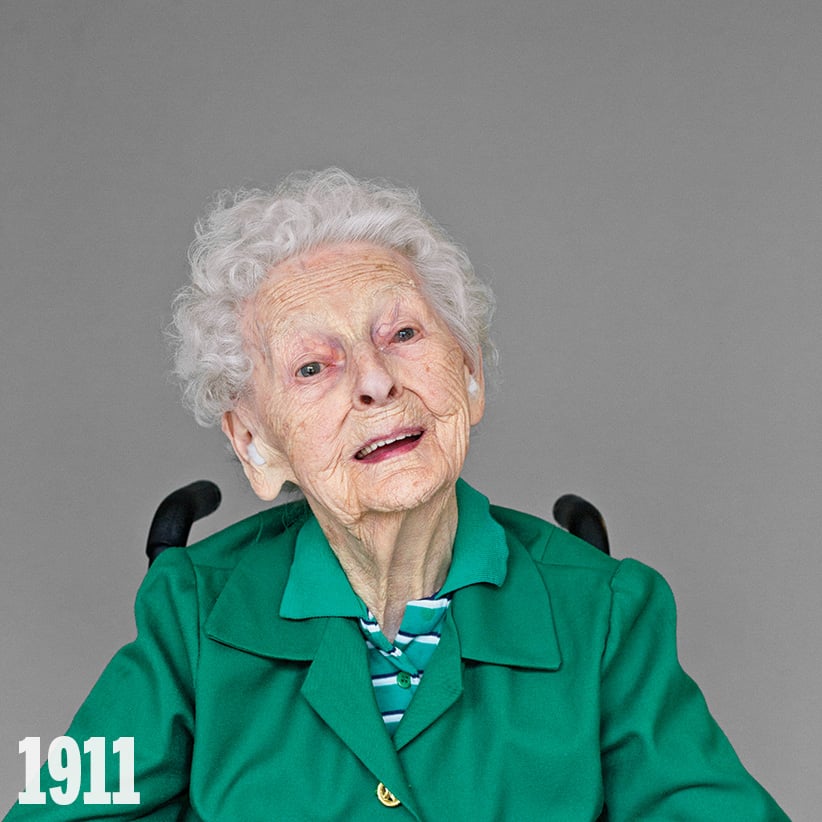 When nine-year-old Joyce Cundict’s family arrived in Hattonford, Alta., from England in the spring of 1920, the settlement was a smattering of little log houses, barns and vegetable gardens. This, after weeks aboard a boat across the Atlantic and a train across Canada, would be their new home.

“Our family was poor, like everyone else,” Joyce remembers. They lived a pioneering life; she and her sister Nora helped to milk the cows, clean the barns and plow the fields. When Joyce’s mother was pregnant with her third daughter, her father carried their nearest neighbour across a flooded creek to act as a makeshift midwife.

FROM THE ARCHIVES: In 1911, Maclean’s poses the question “What makes the West different?”

School was in session only during the summer and the nearest schoolhouse, a one-room log cabin, was a three-mile, mosquito-infested trek away. “The other children thought we had the measles, we were so covered with mosquito bites.”

Groceries, meanwhile, arrived once a month. When Joyce’s father made the trip into town, he’d bring back, among other things, coal oil and a 100-lb. sack of flour. Once, when the oil leaked on the return trip, “we endured a long month with the most horrible-tasting bread.” Those flour sacks came in handy, too; they comprised most of the family’s clothing. It wasn’t always easy to get the lettering off. “I remember my cousin laughing at my sister as she bent over. ‘Look what it says on Renee’s pants—one hundred pounds when packed!’” 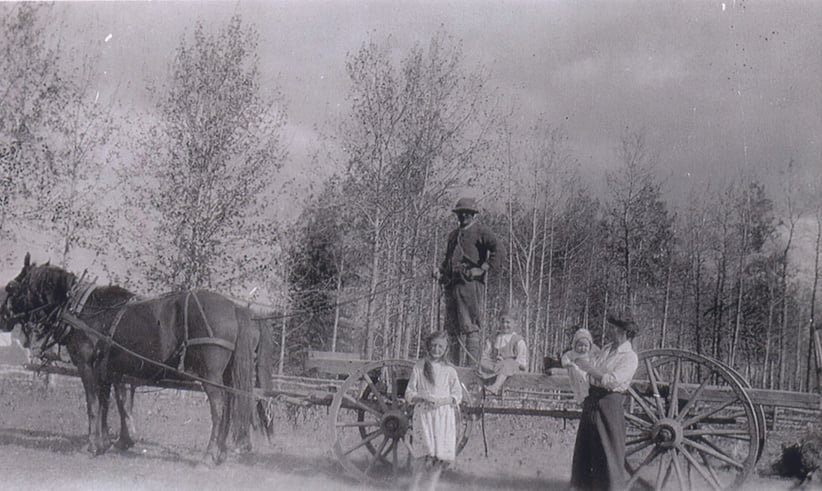 After travelling from England by boat and train, Condict’s family arrived in Hattonford in 1920. (Joyce Cundict)

In the 1930s, Joyce moved to Cardston, in southern Alberta, and cooked and cleaned in the Anglican Indian School. “It was an experience, put it down to that,” she says. “The poor little guys. They were scared when they came in. They were always hungry. I worked in the bake room and the dairy. We made porridge in a big wash boiler.”

Afterward, Joyce cycled between Hattonford, Edmonton and Victoria, working as a housekeeper and raising five children with Ted Cundict, a soldier and childhood friend she married in 1937. (“There were only two families in Hattonford: our family and the Cundicts.”)

The doors to Joyce’s home in Edmonton, where she lived while working in a nursing home and after retiring, were always open. Parents, cousins, friends—“all these different people came to live with me.” Joyce’s daughter Sharon says her mother was always humble and hospitable, and recalled the story of an infant that had died in Hattonford. “Mom used a small piece of material to make a little gown for this baby to be buried, meaning that she didn’t get a new blouse,” she says. “She’s just that kind of person.” — Luc Rinaldi