What men can do to help eliminate street harassment

It's nearly summer time, and harassment of women and gender-nonconforming people is too easy. Here's what Canadians—especially male allies—can do 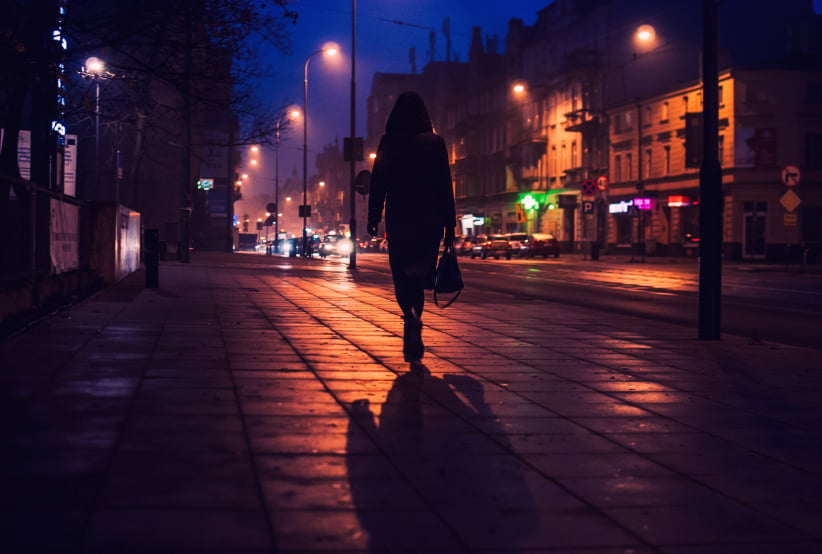 The temperature is rising in towns and cities across Canada, and that means tossing off our parkas for more weather-appropriate attire. But it’s not all sunshine and iced-cold lemonade: women and gender-nonconforming people (those with gender identities existing outside the binary of cisgender male or female) know that with the onset of spring comes the mental preparation for the inevitable street harassment that’s especially widespread during spring and summer months. And while clothing choices are not a license for perpetrators to comment on our bodies, street harassment is an unwanted given of the season.

Street harassment—defined as “unwelcome words and actions by unknown persons in public places which are motivated by gender and invade a person’s physical and emotional space in a disrespectful, creepy, startling, scary, or insulting way,” according to global advocacy group Hollaback!—is a significant issue in Canada. The group’s 2014 Ottawa survey found that more than half of respondents, 84 per cent of whom identified as women, experienced leering, honking, sexist comments, and/or comments about their bodies.

According to the group’s survey research, at least 88 per cent of Canadian women have been harassed before turning 18. In other words, if you’re a woman in Canada, the odds that you will experience street harassment in your lifetime are very good.

Hollaback!’s research supports this. Thirty-eight per cent of respondents to Hollaback!’s 2014 survey said they were afraid of going out alone. Thirty-two per cent changed their final destination or route due to harassment, and 21 per cent said harassment made them afraid to visit that neighbourhood again. Considering the proportion of women who have survived sexual assault—Statistics Canada found women made up 70 per cent of sexual assault survivors according to 2009 self-reported data, while police reports indicate men are accused perpetrators 99 per cent of the time—the resounding message from this data is that women are still perceived as having a lack of autonomy over their bodies.

All humans deserve complete ownership and entitlement to their own bodies, and no one else’s. This applies to bodies across the gender spectrum. And yet, some are being treated as if they are lesser than during the open season of being out in public as a woman or gender-nonconforming person.

No one should have to feel fearful if they need to do a grocery store run after dark. No one should have to avoid public exercise. No one should have to be afraid to wear a dress or a t-shirt or shorts or any other article of clothing, since sexual violence is caused by perpetrators, not by clothing choices. And yet, street harassment is so widespread that you would be hard-pressed to find a woman or gender-nonconforming person who hasn’t experienced this form of violence while carrying out everyday activities.

So, what are we doing to eliminate it?

The United Nations Safe Cities and Safe Public Spaces program has been fighting street harassment in cities across the world since 2010. By partnering with government institutions and community groups, the program “develops, implements, and evaluates tools, policies and comprehensive approaches on the prevention of and response to sexual harassment and other forms of sexual violence against women and girls.” As of now, Winnipeg and Edmonton are the only Canadian partner cities.

But the Canadian government is also beginning to tackle this issue. A report released in March, “Taking Action to Prevent Violence Against Women and Girls in Canada,” lists 45 recommendations to prevent gender-based violence, including three that specifically list street harassment as a form of violence.

“Reducing and preventing violence against women requires the participation of men who can model non-violent behaviour and hold their male counterparts accountable,” says Walter Henry, project coordinator of the Male Ally Network at the Sexual Assault and Violence Intervention Services of Halton, who provided testimony for the report.

Men and boys in public must be conscious of their surroundings. Sometimes, approaching women respectfully means not approaching them at all. Mindfulness and attentiveness to body language are essential. If you want to respectfully approach a woman in public, ask yourself these questions: Is she walking with headphones in? Is it pitch-black outside? Are you in an enclosed space in which she has no means to escape if she feels uncomfortable? Certain situations call for a complete avoidance of approaching women should the ally truly wish for women to feel safe on the street.

Allies who observe street harassment and have the tools to intervene, delegate someone else to intervene, or create a distraction, should do so.

The federal government’s report states: “The bystander approach is centred on the idea that everyone has a role to play in challenging and interrupting violent behaviour and that in each peer culture, individuals should be upholding social norms that condemn violent behaviour.”

Together, we must fight to make public spaces safe, welcoming, and free of unwanted advances. Provinces across Canada have designated April or May as Sexual Assault Awareness/Prevention Month. On the heels of the Canadian government’s report, now is as good a time as ever for allies to educate themselves and join the movement to eliminate street harassment.