'It seemed like the clearest path to the truth,' Kathryn Borel says of courtroom apology 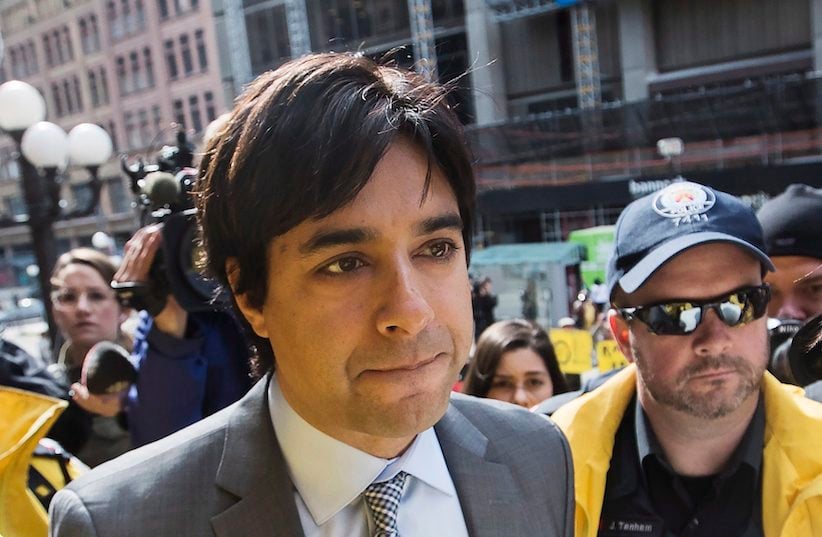 TORONTO — A former colleague of Jian Ghomeshi who accused him of sexually assaulting her says his courtroom apology is an admission of guilt even though it won’t lead to a criminal conviction.

Kathryn Borel, a former CBC employee, says she agreed to a peace bond over a trial because “it seemed like the clearest path to the truth.”

She says that in the three years they worked together, Ghomeshi made it clear to her that “he could do what he wanted to me and my body.”

According to the allegations read in court, Ghomeshi grabbed Borel from behind at work in 2008 and ground his pelvis into her.

Ghomeshi apologized today for his “thoughtless and insensitive” behaviour, saying he has spent the last 18 months reflecting on his actions and the damage they have caused.

After signing a peace bond, the Crown withdrew the charge of sexual assault for which Ghomeshi was slated to stand trial in June.

Ghomeshi, 48, was charged one year ago in relation to the incident.

Borel consented to waiving a court-ordered ban on publicly identifying her.

“I want to apologize to Ms. Borel for my behaviour toward her in the workplace,” Ghomeshi said.

“I now recognize that I crossed boundaries inappropriately. I did not appreciate the damage that I caused. I understand this now.”

Ghomeshi’s lawyer, Marie Henein, said he had been through an “intensely public trial.”

She said he has come through the situation with dignity.

The apology is “everything the Crown and courts” had asked him to do.

Crown lawyer Michael Callaghan read a brief statement of facts on which the prosecution relied for the peace bond.

Ghomeshi will have to stay away from Borel and not possess weapons under the peace bond, which is not a finding of guilt.

In March, Ghomeshi was acquitted on sexual assault and choking charges related to three other complainants.

Ghomeshi had previously insisted he did nothing wrong and pleaded not guilty.

He had been expected to stand trial next month on a single charge of sexual assault related to the 2008 incident at CBC headquarters.

The summary sexual assault charge Ghomeshi faced carries a maximum of 10 years behind bars on conviction.

In March, the former host of the CBC radio show “Q” was acquitted of sexual assault and choking charges related to incidents alleged to have occurred in 2002 and 2003.

In finding Ghomeshi not guilty, Judge William Horkins said he simply did not believe that the three complainants, who all had some kind of romantic encounters with the accused, were credible — sparking raucous protests outside the court from women activists decrying how the justice system treats sexual assault complainants.