Emma Teitel talks to the organizers. Question 1: Is this for real? 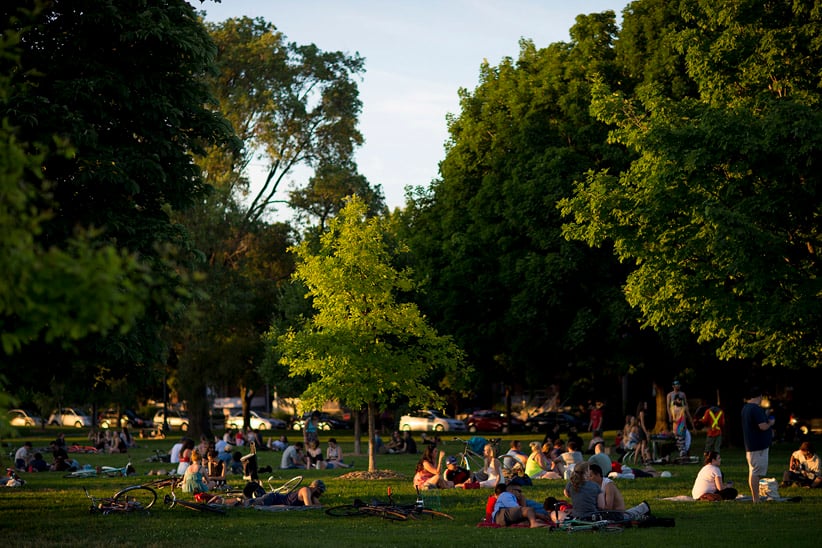 Summer is a big deal for Torontonians. When temperatures rise above zero we don’t just switch to shorts—we stop walking to work with our heads down and we say hello to our fellow man. Our zeal for warm weather is so great, apparently, that we have begun RSVP’ing in droves to a series of outdoor city events advertised on Facebook—each one generic, mysterious and massive.

I am referring to a crop of Facebook invitations that promote, among other things, Toronto “block parties” and “beach parties” in June and July—all of which include very few details, anonymous hosts, stock photos (usually of Millennials smiling in the sun) and guest lists in the thousands.

Many suggest these non-specific event invitations on Facebook are “domain squatting” schemes, in which corporations and party promoters use generic branding to build large social media databases in hopes of selling something else later.

So, is this for real?

People can certainly record the experience if they wish. They should probably make sure other participants are okay with it. Texting and tweeting may definitely impact one’s ability to properly engage in the proceedings and be present in the moment.

Is the event rain or shine? If there’s a storm, will you put up a tent or hand out umbrellas? Or, conversely, do you think a thunderstorm might add to the experience?

There’s no rain date planned, so hopefully the weather holds. We can’t afford a thousand umbrellas. A thunderstorm would definitely add a whole element to the experience. It could be electrifying. We don’t want anyone to get hurt, though. That’s not fun.

Will there be snacks? Sex toys? Condoms?

People can bring their own snacks. It’s all about sharing. It can be a potluck of bodies and food. Food can be part of the fun. Toys are welcome. We encourage safe sex, but we can’t force people to wear condoms. The mechanics of doing so would be challenging.

Will participants be encouraged to avoid engaging in sexual activity near the park’s baseball diamonds? (It might be dangerous near the outfield).

We hope no baseball games are played that day out of respect for our event. It would be a neighbourly gesture. A baseball diamond may be too rough a surface for most, but if some participants venture that way that’s their prerogative.

What will you do if the police show up?

What happens is really up to the police. They are welcome to join if they want. All are welcome.