What tax grab politicians in Canada could learn from Hong Kong

At a time when Hong Kong is slashing taxes to spur growth, Canada is mostly moving in the opposite direction 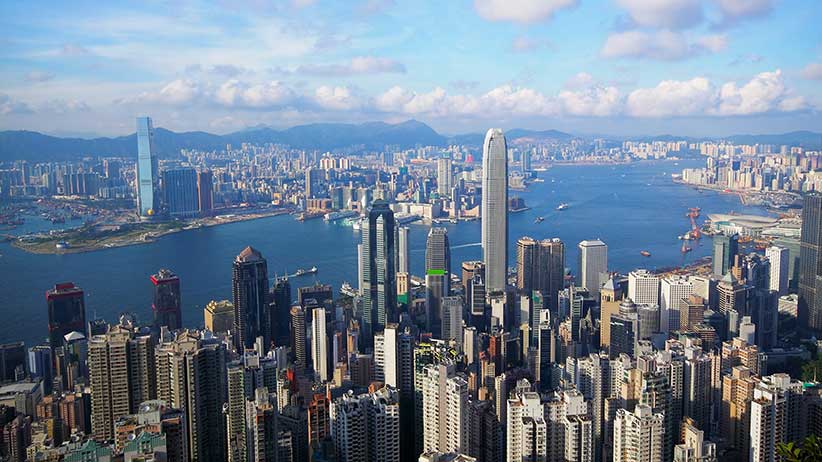 It now appears public blowback forced the federal government to offer up a compromise on planned federal tax changes—recall the combination of various business and personal “loophole” measures, which were about to ensnare entrepreneurs and even restaurant servers with discounted meals and Tim Horton’s staff who might get free coffees.

I don’t know if Monday’s announcement, that the federal small business tax rate will be cut to nine per cent from 10.5 per cent over three years, will quell public anger over the federal government’s approach to taxation. It will depend on where Prime Minister Trudeau and Finance Minister Bill Morneau go next and if they abandon what animates the prime minister’s policy preferences: Class warfare and a frank disregard for tax facts.

After all, just last month, the Prime Minister remarked that, “Everyone knows, the middle class pay too much in taxes and the wealthiest don’t pay enough.” Wrong: According to the CRA’s latest available data, those with incomes over $100,000 account for just over eight per cent of all tax filers, earn just over 33 per cent of all income and pay nearly 52 per cent of all federal income tax.

Thus, if the prime minister wishes to deal in actual tax data and in what makes sense economically, one remedy to tunnel tax vision is to get out more—Hong Kong, perhaps, where the new Chief Executive Carrie Lam just did what previous territorial executives have always done: Think about how to unleash entrepreneurial opportunities through easygoing tax policy, including reductions for businesses big and small, in addition to already low personal tax rates in Hong Kong.

In her first policy address last week to the Hong Kong legislative council, Hong Kong’s partially democratic legislature, Lam promised a number of tax measures. All are opposite the Canadian trend where governments have mostly sent rates up.

In contrast, Lam just promised to slash business taxes in half.

READ: Why we should listen to angry taxpayers

Now consider Ontario. Small businesses there, even after the federal reduction, will face a combined federal /provincial corporate tax rate of 13.5 per cent on profits under $500,000.

Also, in Ontario, medium and large companies will still face federal-provincial corporate tax rates of between 23.5 per cent to 25 per cent, depending on the business. That is high relative to the Hong Kong rate where the maximum range is 15 per cent to 16.5 per cent.

Hong Kong has always had a marvellously low, simple personal tax system. Taxpayers can pay between two per cent and 17 per cent depending on income in the progressive system, or a flat rate of 15 per cent, whichever is lower.  There are no taxes on inheritances, capital gains or dividends.

Canadians pay taxes on capital gains and dividends. Those with taxable income pay combined federal-provincial rates of between 20 per cent on the “low income” end (up to incomes of $38,898 in B.C.) and top marginal combined rates of 54 per cent in Nova Scotia (where its top provincial bracket begins at $202,801). Unlike Hong Kong, the notion of paying taxes according to whichever system allows for a lower tax bill is unheard of.

One might assume that such low Hong Kong tax rates result in budgetary red ink. Actually, no: Hong Kong recorded its twelfth annual surplus of HK$80-billion this year (almost $13 billion).

The resulting cash reserves worth HK$1 trillion ($161 billion) resulted from two factors. The first was prudent spending over the years. The second was how successive Hong Kong governments practice safe tax and economic policies—free trade for all and tariffs on none, along with consistently lower tax rates on businesses and individuals. That always allowed the territory to be attractive to continual wealth creation, and even torrents of tax revenue, given the dynamic economy.

Hong Kong’s British governors and their more recent Chinese equivalents, and many other politicians elsewhere, have long understood that a flourishing economy results from entrepreneur-friendly, business-friendly economic and tax policies. That starts with moderate tax rates.

The contrast with most governments in Canada in 2017 is stunning. Our politicians pursue polar opposite policies and give lip service to free trade. (See: agricultural supply management and ever-more protectionist money for corporate welfare schemes.)

I grant that Monday’s announcement is at least a step in the right direction. But in the past two years, business or personal taxes have been raised in most provinces: British Columbia, Alberta, Saskatchewan, Ontario, New Brunswick, Nova Scotia, Prince Edward Island and Newfoundland and Labrador. In addition, the federal government introduced a new federal tax bracket of 33 per cent in 2016.

In other words, unlike Hong Kong where Lam is animated by what makes sense on tax and economic policy—specifically, how do we get to a flourishing economy?—the prime minister’s starting point and that of many premiers still seems to be class warfare.

Our politicians need to get out a bit more, preferably to Hong Kong.