What the census tells us about Canada's aging population

Face it Canada, we're getting old, though as the latest census figures show, not every part of the country is growing grey at the same pace 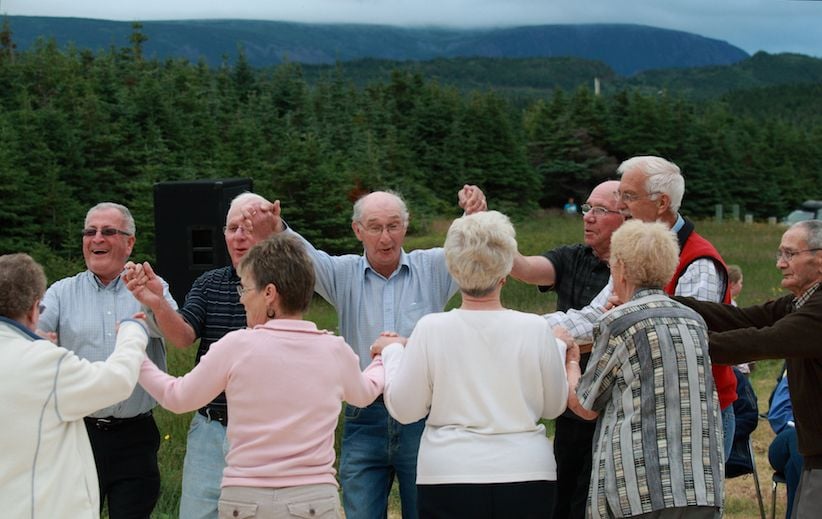 Statistics Canada released its second round of census data on Wednesday, which looked at age, sex and type of dwellings.

Here are a few key takeaways:

The large shift is due in part to baby boomers getting older, but also to two other trends—longer life expectancies and lower fertility rates.

What was the fastest-growing population since 2011? Centenarians.

The number of people who witnessed their 100th birthday between 2011 and 2016 increased 41.3 per cent, bringing the total number of centenarians in Canada to more than 8,000.

According to Statistics Canada projections, this trend will only increase. By 2031, the agency predicts that nearly one in four Canadians will be over 65. 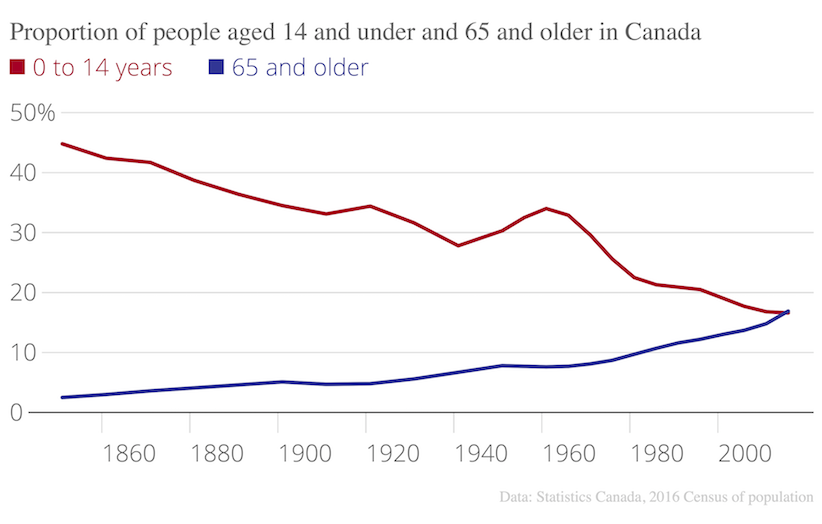 Older in the east, younger in the west and north

While the share of seniors is on the rise at a national level, a look at the provinces show a different story.

On average, the population in Eastern Canada is considerably older than in western provinces and Northern Canada.

Ontario, by contrast, had a similar proportion of children and seniors—16.4 per cent of the population are children and 16.7 per cent are seniors. 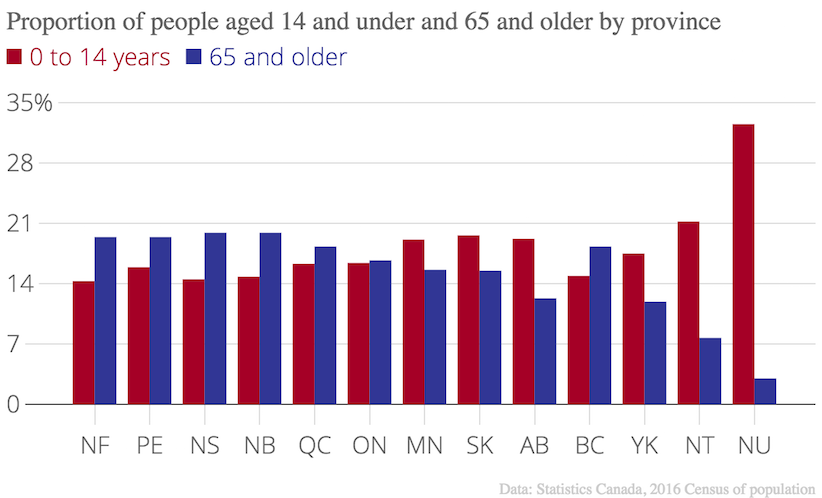 Canada’s aging population also changes the distribution of women and men since women have a longer life expectancy. There were 20 per cent more women than men aged 65 or older in 2016. For people 85 and older, there were two women for every man. 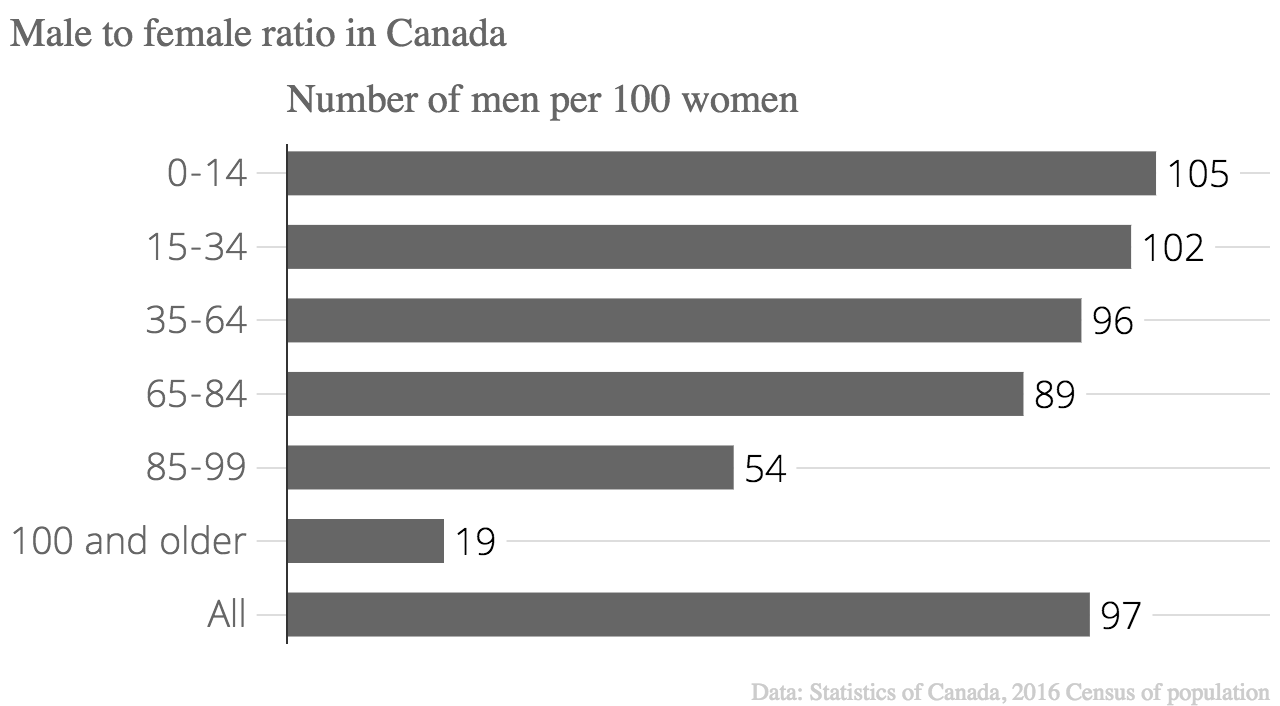 We’re old, but many other countries are older

Compared to other G7 countries, Canada is spry. The only country in the G7 where seniors make up a lower share of the population was the United States, thanks to its higher fertility rate in recent decades. 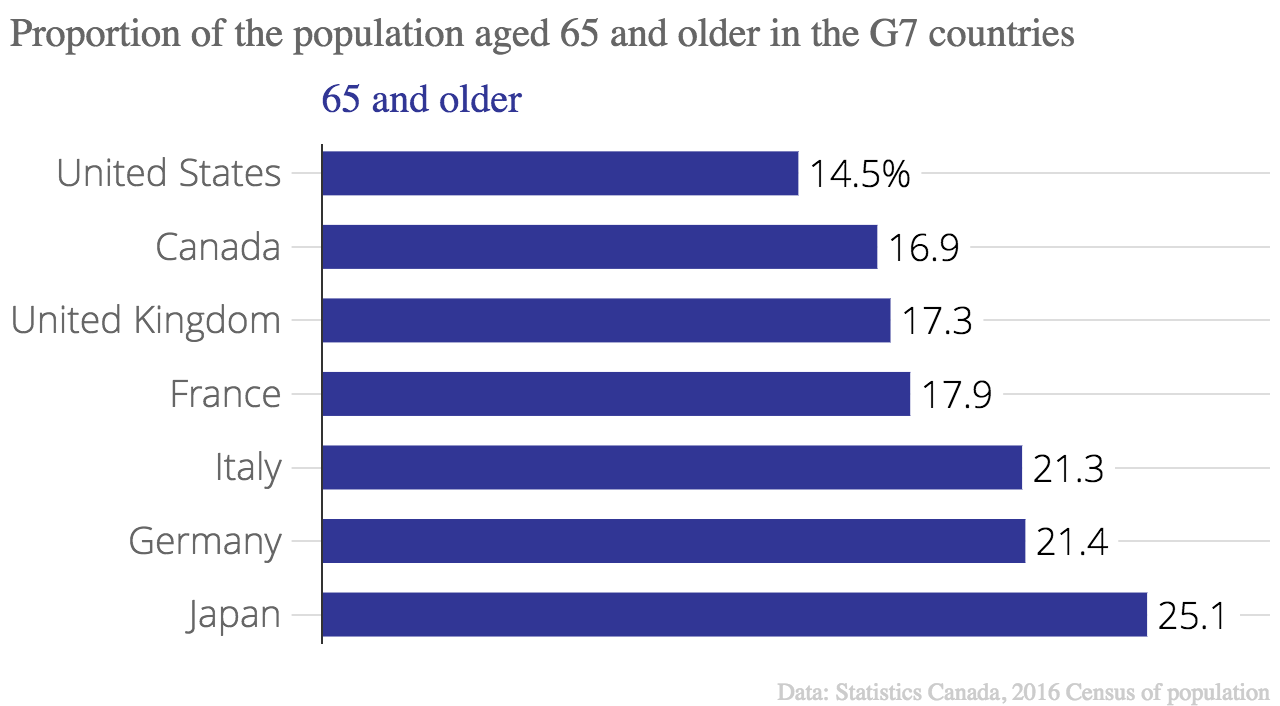