What the Duke and Duchess of Cambridge will see in B.C. 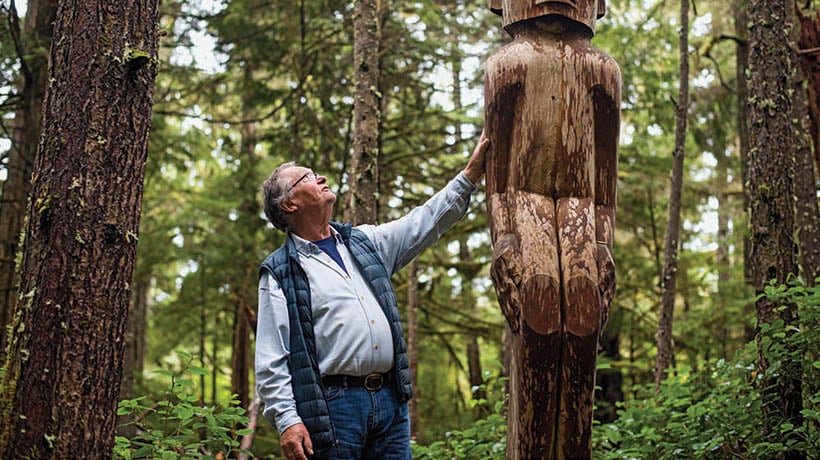 VICTORIA —  The indigenous guardians of British Columbia’s remote and largely untouched Great Bear Rainforest are preparing a royal welcome for the Duke and Duchess of Cambridge as part of a Canadian tour of iconic B.C. and Yukon locales dripping with history, beauty and social conscience.

Heiltsuk Nation Chief Marilyn Slett says her people have been living on B.C.’s central coast for thousands of years and Monday’s royal visit to their territory will open the doors to a worldwide sharing ceremony in the village of Bella Bella.

Slett said the Heiltsuk artifacts dating back 14,000 years have been found on their coast territory.

“We’re very proud of the fact we’ve been very strong in land stewardship and protection of the Great Bear Rainforest,” she said. “That’s something we’re really proud to share with the world. It’s important for us that the rainforest, the resources, land and sea, be there for future generations for people on the coast.”

The Great Bear Rainforest is the largest intact temperate rainforest in the world and home of the kermode, or spirit bears, a subspecies of black bear noted for its white fur.

Related: What the Great Bear Rainforest has to teach us

B.C.’s government protected from logging 85 per cent of the 6.4 million hectare area that stretches from the Discovery Islands off Vancouver Island northwards to Alaska.

The Heiltsuk will welcome the royal couple during a ceremony at their community hall in Bella Bella, a community only accessible only by float plane or boat.

“Our culture is strong and vibrant and we’re pleased to be able to share it with the royal couple,” said Slett.

At Haida Gwaii, on the province’s northern coast, the royals will take a canoe trip from historic Skidegate Landing to the Haida Heritage Centre and Museum.

The tour will also take the couple to a coast guard station in Vancouver, a wine tasting at an Okanagan vineyard in Kelowna, and indigenous cultural events at Whitehorse and Carcross.

The royals will also visit an immigrant centre in Vancouver that provides settlement services to 25,000 refugees annually.

In Victoria, where they will be based for the trip, the royal couple will host a garden party for military families at Government House and visit the Cridge Centre for the Family, which offers shelter, care and help for children, women and families.

On Sunday in Vancouver, William and Kate will visit Sheway, a pregnancy outreach program for young mothers struggling with drug and alcohol issues.

Prof. Sarika Bose, a Victorian England and monarchy scholar at the University of B.C., said William and Kate are highlighting issues of family, environment and community in the places they visit and people they meet.

“It really brings attention to British Columbia, both its beauties and some of the issues that British Columbians and Yukoners might have in common with other places in the world,” she said.

William and Kate’s children, Prince George and Princess Charlotte, are making the trip to Canada, but are set to spend much of their time in Victoria while their parents conduct official duties.