What were Canada's biggest mass evacuations?

The Fort McMurray evacuation is one of the largest in Canadian history. Here's how other disasters—and evacuations—brought about change. 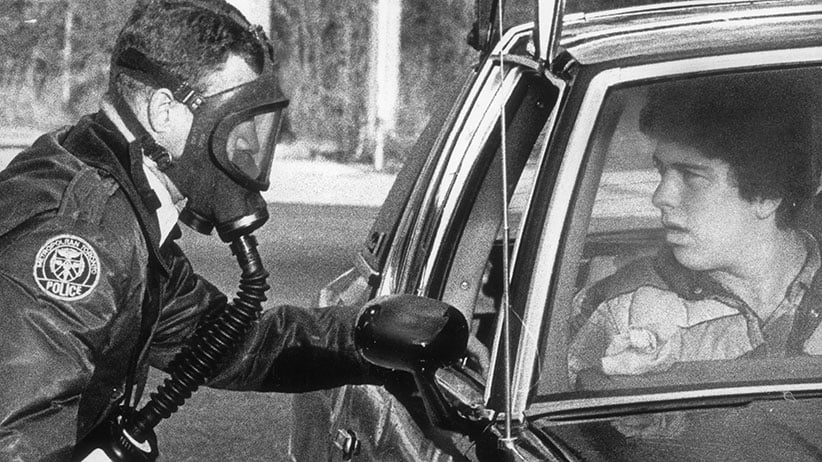 On Nov. 14, 1979, three days after a massive train derailment forced the evacuation of 250,000 residents of Mississauga and Oakville, Metro Toronto Police Constable David McKinlay, wearing a gas mask, stops motorist at Highway 10 and Pinetree Way to explain why access is prohibited. At midnight Saturday, Nov 11, 1979, a spectacular derailment of a CP Rail freight train and subsequent explosion of a propance car resulted in a highly toxic chlorine gas leak from a ruptured tanker car. (Tibor Kolley/The Globe and Mail)

This disaster occurred on Nov. 10, 1979, when a train derailed near Mississauga, Ont., then exploded and burst into flames. The problem was the freight train was loaded with dangerous chemicals, releasing what was basically an accidental poison gas attack on the city. The whole area had to be evacuated, with an estimated 218,000 people forced to leave home for a week. Luckily, no deaths resulted, and the city received good press for the speed and efficiency with which it handled the incident. Mississauga mayor Hazel McCallion, then in her first year on the job, received so much praise for her handling of the evacuation that she continued on as mayor until 2014.

Before that, the most legendary disaster in Canada—and perhaps the worst, in terms of damage done—was the Red River flood in Winnipeg in 1950. The result of one of the most lethal combinations in Canadian weather—heavy snow followed by heavy rain—the river overflowed its banks, submerging much of the city. More than 100,000 people were evacuated.

A more recent mass evacuation due to flooding occurred in June of 2013, when Alberta was rocked by the worst floods in the province’s history. 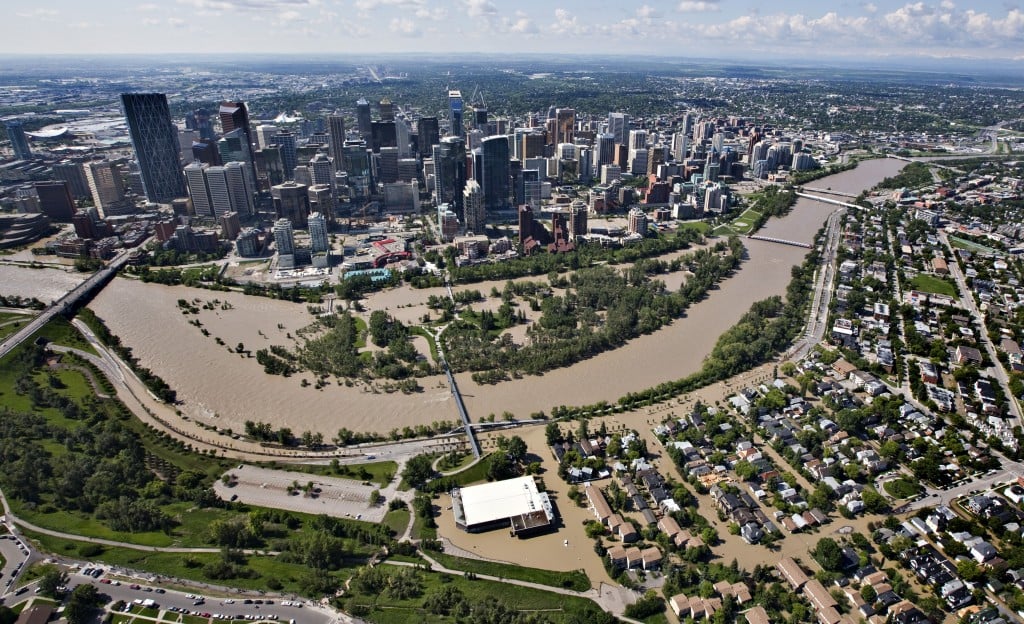 The Bow River over flows its banks into the downtown core and residential areas in Calgary, Alberta June 22, 2013. The heaviest floods in decades shut down the Canadian oil capital of Calgary on Friday, forcing the evacuations of tens of thousands of residents and shutting the Alberta city’s downtown core. Some 1,300 troops were deployed to help with rescues and the mandatory evacuations that forced 100,000 people from their homes in Calgary and thousands more in the small towns surrounding the city. REUTERS/Andy Clark

Seventy-five thousand people had to be evacuated from Calgary alone; the whole town of High River, 13,000 strong, was under an evacuation order. The floods hit just after the city had requested a plan for flood mitigation, leaving people wishing that it had been implemented a few years earlier.

Sometimes an evacuation, though, can be a sign that things are getting better rather than worse. In 1945, after an explosion in Bedford, N.S., about 25,000 people were evacuated from neighbouring Halifax and Bedford—but this was because the area had put contingency plans in place after the death and damage caused by a 1917 explosion. The 1945 evacuation, in response to what is known as “the other explosion,” signified the ability of officials to get people out of harm’s way in an orderly fashion.

As for wildfires, perhaps the biggest evacuation before Fort McMurray took place in Okanagan Mountain Park, B.C. in 2003, a forest fire started by a bolt of lightning. The damage was extensive, and the number of people forced from their homes was estimated at more than 33,000—though no one was killed.

What many of these incidents have in common is that they resulted in the implementation of new safety measures. The Winnipeg disaster called attention to the city’s lack of preparation for flooding, and new flood controls were instituted. A later flood, in 1997, was considered to be larger than the one in 1950, but resulted in less damage and the evacuation of only 9,000 residents.

Meanwhile, the Mississauga crash drew criticism of how few rules there were regarding the transportation of dangerous materials; today there are more rules, and more attention paid to the potential overheating of trains. In her last year as mayor, McCallion told the Toronto Sun: “Now we have massive regulations for transporting dangerous goods by air, land and sea. Mississauga’s major disaster made it safer for all Canadians.”